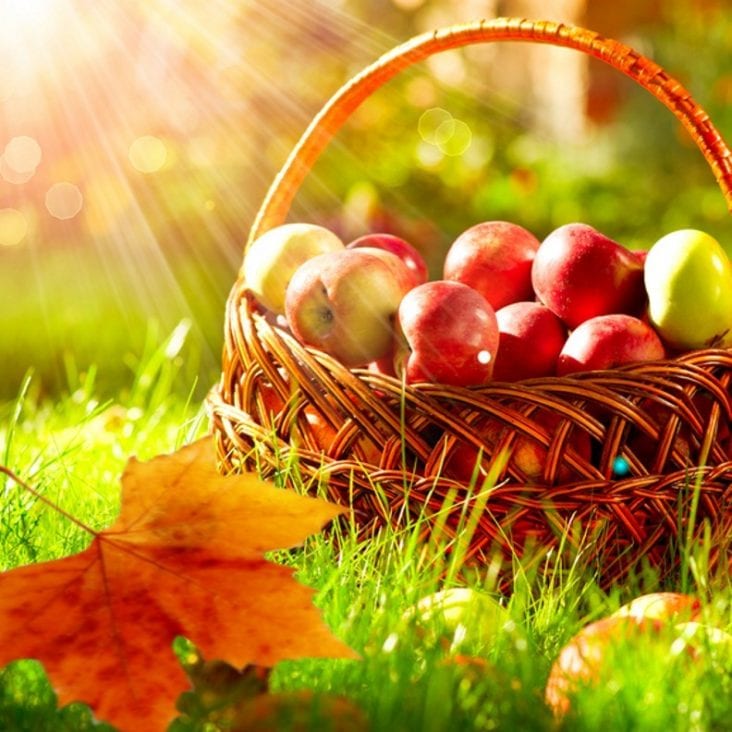 Cleaning up at the end of the growing season is often a chore that the producer would gladly ignore. The experts remind us that it is an important aspect of orchard management and maintenance particularly for apple scab control and for reducing rodent damage. In Europe, sheep and apple production were often integrated and sheep were used to assist with end-of-season orchard floor cleanup. As orchards started to use more chemicals, this became a less common approach; however, with a greater interest in organic production, the system is being re-evaluated. The sheep breed chosen is important, and one of Great Britain’s oldest sheep breeds, Shropshire Down, seems to be particularly suitable, and particularly in Europe, may be a part of orchard management in the future.

Apple scab caused by the fungus Venturia inaequalis is an extremely problematic disease in the Northeast. Both the conventional and organic producer can spend significant income on chemicals to control the disease. For the organic producer and those using integrated pest management, sanitation is an important component of the control program. Sanitation includes removing the fallen leaf from the orchard floor ideally prior to the onset of winter as the fungus overwinters in these leaves creating the initial inoculum for next season’s epidemic.

Smaller orchards may be able to pick up and dispose of fallen leaves and fruit in the fall, but for larger orchards, this isn’t usually practical. Another more practical approach for the larger orchards is to reduce the amount of initial inoculum by enhancing the speed of leaf decomposition. Urea can be applied to trees just before leaf drop or to leaves on the ground in the fall. Researchers from the University of Minnesota say that spraying a 5 percent urea solution on fallen leaves in the fall can reduce overwintering spores by 40 percent to 80 percent. Leaf litter can be chopped up using a flail mower, or a rotary sweeper can move them into the walkway where they can be chopped by a mower.

Leaves may also be tilled into the soil. All these methods will result in the rapid breakdown of the leaves, thus destroying the spore-containing structures before they can mature.

Freezing evening temperatures, followed by a daytime thawing, can result in bark splitting and cracking, leaving trees exposed to insects and pathogens. Painting trunks with white latex paint helps reflect sunlight during the daytime hours and keeps the tree warmer at night. A 50:50 paint: water mix was recommended but Cornell University researchers David Kain and Art Agnello found that by using full-strength latex paint not only were the trees kept warmer but it was effective at preventing dogwood borer infestation. Kain said, “While spraying paint on was efficient, it was not effective at the 50:50 rate. In this study, we applied the paint at full strength with a paintbrush. While this took considerably more time than spraying, it was effective and long lasting.”

The trunk needs to be painted from the lowest branch down to ground level. Oil-based paint should never be used, as this can injure the tree. To reduce the need to repaint yearly, if possible, paint the trunks on a sunny, warm day so that the paint dries completely during the day time. It is probably easiest to paint the entire trunk but the southwest, west, and south-facing parts of the trunk need the most protection.

New plants can be particularly vulnerable during the Northeast winter months. With freezing and thawing being common in some locations and during some winters soil heaving occurs and can result in serious damage to new trees. Of all the available mulching materials, heterogeneous bark mulch is probably the best option, but as it can encourage rodents, the grower needs to know in his situation which is likely to be the greater of the two evils. To protect plants from heaving, and to reduce rodent damage to a minimum, experts say that mulch should be applied after the ground starts to freeze but before the first significant snowfall.

Rodent damage can be significant where snow cover lasts for more than a few months. The problem is particularly prevalent in young trees. Voles and other types of mice tunnel through the snow in search of food, which results in trees being girdled and roots eaten. Recommendations for vole control include mowing the grass of the orchard low after harvest, which reduces forage and habitat for the animals and also increases ease of predation. Conventional producers may choose to use systemic herbicides as a late fall application to not only reduce cover but also reduce vegetation, which would be rodent food.

Tree guards come in a number of styles and materials and can be helpful in providing protection from rodents and rabbits. Flexible, heavy plastic spiral wrap around tree guards is an excellent and reasonably priced option that can be placed around the trees in fall and removed in spring. Metal cages are another option but are less easy for seasonal use.

Though activity in the orchard will be much less until the late/winter-early spring pruning, periodic visits to make sure tree guards are still in place and that there hasn’t been animal damage will be worthwhile.

In the barn, sprayers, and other equipment used in the orchard should be cleaned and examined for broken parts before storing for the winter.