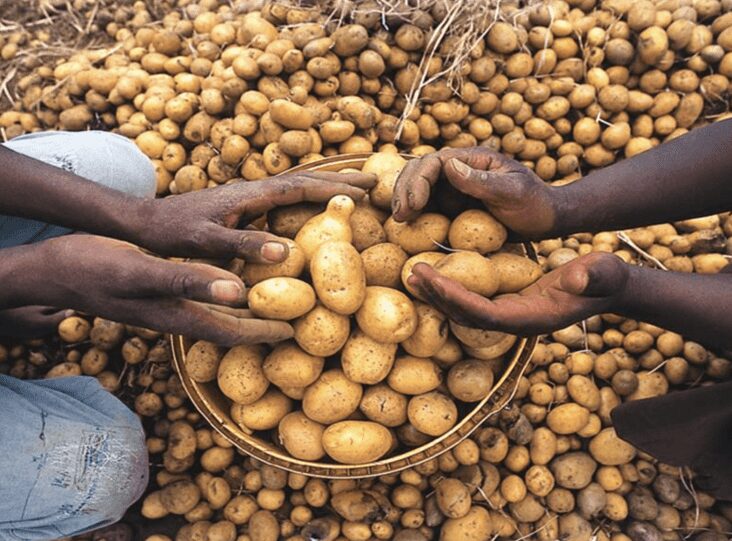 Vitamin A deficiency is the leading cause of preventable blindness in children. It also increases the risk of disease and death from severe infections, according to the World Health Organization. About 250 million preschool children across the world are vitamin A deficient. Many of these live in Africa and South-Eastern Asia.

Fortunately, vitamin deficiency is preventable. In the United States, vitamin-fortified foods, like milk and cereals, are widely accepted. Another method, bio-fortification, is a crop-based option. This is the process of developing nutrient-rich varieties using molecular techniques or conventional breeding. The result is produce that provides better nutrition, right from the field.

Bio-fortification of sweet potatoes is a promising method to combat vitamin A deficiency in South Africa. The orange-fleshed vegetable already contains high levels of beta-carotene, which our bodies convert to vitamin A. Sweet potatoes are also a staple in the South African diet.

“Sweet potato is very popular in Africa,” says Sunette Laurie, a senior researcher with the Agricultural Research Council in Pretoria, South Africa. In South Africa, sweet potatoes are a traditional crop for rural families. “We realized it would be great if we could develop a local variety [of sweet potato] which has a good yield, high dry mass, and desirable taste attributes, and promote it to combat vitamin A deficiency,” says Laurie.

“Those traits are actually very important. Africans prefer sweet potatoes with a higher dry matter content, a firm texture and a sweet taste,” says Laurie. Imported varieties were too moist, too low in dry matter content, or had low yield and could not adapt to South African growing conditions. “We had to start breeding projects to get the right attributes into the varieties,” says Laurie.

“We wanted a variety that could adapt to different climates,” says Laurie. “We were also aware of the possibility that consumers could have different taste preferences in the different provinces.” As a result, the researchers also set up tasting panels for different varieties.

Two varieties, Impilo, and Purple Sunset are the most promising. Impilo adapted well to the different growing conditions, had acceptable dry mass, good taste, medium-sized roots for the market, and a good yield. However, it’s light orange flesh means less beta-carotene. Purple Sunset is a darker-fleshed variety but has lower yields and less adaptability to the different growing conditions.

According to Laurie, both varieties are widely accepted by farmers and consumers. They each go a long way in preventing vitamin A deficiency. A 4.4-ounce serving of Impilo provides 113% of the daily vitamin A requirement of a 4-8-year-old. Purple Sunset provides 261%. A third variety, Bophelo, has higher beta-carotene than Impilo and fares better in taste tests.

Laurie is now involved in efforts to expand the use of these local varieties. Processing facilities are starting to use sweet potatoes to make flour, bread, muffins, and other products, all of which can help combat vitamin A deficiency across the continent. “There are so many options,” says Laurie, “and we are trying to get international development funds to set up more agro-processing units.”

In the meantime, Laurie and her colleagues are continuing to breed better varieties of sweet potatoes. “We would like to have varieties with more tolerance–to diseases, such as leaf and stem blight, and pests such as weevils,” she says. “Ideally we would be able to develop a variety that resembles Bophelo with more resistance.”

The study is published in Crop Science.