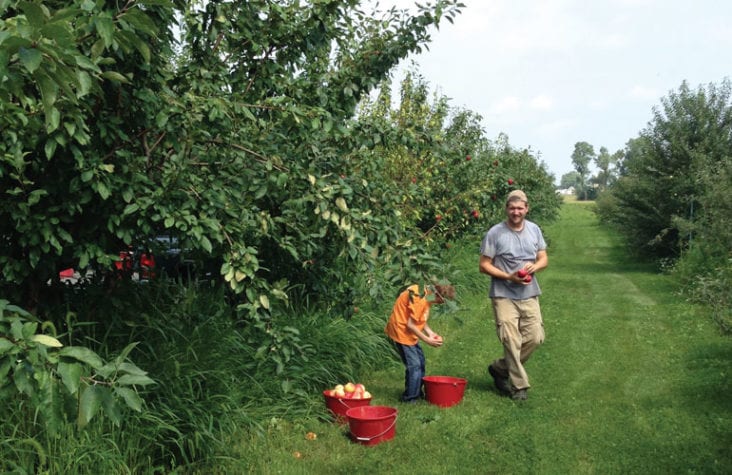 Although Illinois is best known for its vast corn and soybean fields, Keller’s Farmstand (http://www.kellersfarmstand.com), Oswego, Illinois, owned by Frank Keller IV, has brought the Keller farming operation full circle to include vegetable production. The business has revolved around the idea of a profitable operation based on the simple principle that local food is fresher and tastes better. “We want to produce, fresh, local food that tastes great to allow consumers to know what local food really tastes like,” Keller said. Sweet corn, tomatoes, onions, peppers, beets, bedding plants and flowers are among the crops grown. 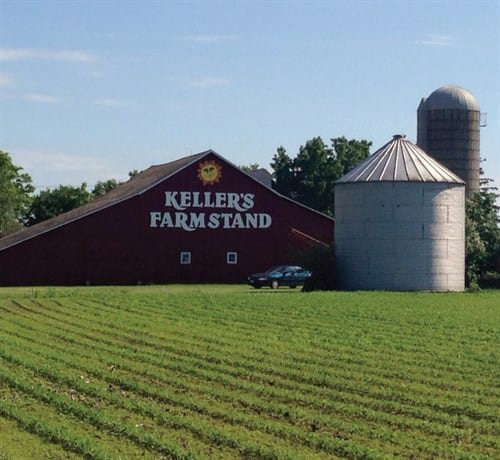 “I learned early on that sweet corn is king in Illinois,” Keller said. About 1,000 one-dozen packs of sweet corn are sold on an average Saturday during the summer season. About 25 percent of the sweet corn is sold wholesale to other area farm markets. Keller’s Farmstand closes its sales on October 31. Careful attention to production techniques, consumer preferences and business planning, combined with the rich Illinois soil and proximity to a burgeoning population, continue to assure the growth and success of the business.

Keller, 47, initially studied agriculture at Joliet Junior College, later completing a tour in the Peace Corps with an assignment in South Africa, where he helped establish vegetable growing operations for small farmers. Upon completion, he returned to the family farm, where his father, Frank Keller III, and brother, Ray Keller, continued to grow row crops. “I thought if I could help grow vegetables in South Africa, where my main focus was on water, I could grow them here on our Illinois farmland,” he explained. With that thought, Keller launched vegetable production and opened the first Keller’s Farmstand in 1991 in Naperville, Illinois, with his brother, Martin Keller, joining him in the business. 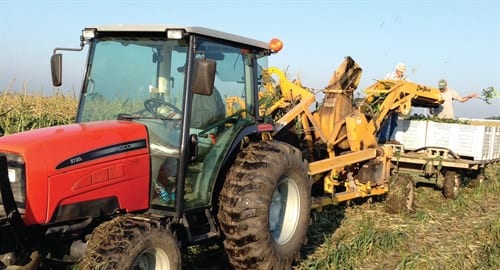 Kellers began farming in unincorporated Naperville, located about 40 miles from Chicago, in the mid-1800s, when the family emigrated from Bavaria, Germany. The first Frank Keller grew up in the rural Naperville setting and worked at a bank before returning to farming. Since that time, Kellers have continually farmed in the area. With Chicago’s urban sprawl gobbling up farmland until the 2008 economic slump, farming operations were moved several times, including a farm in Plainfield and the primary farm at Oswego, since the late 1990s. During the Great Depression, the family’s crops included grapes, raspberries and 5 acres of potatoes. Harvested produce was sold at a roadside stand along Ogden Avenue, now a major thoroughfare from Chicago through the heavily populated western suburbs.

The family now grows 60 acres of sweet corn, slightly more than 100 acres of vegetables and about 24 acres of pumpkins. The deep loam found across the Corn Belt provides the ideal growing base, and ample rainfall is the norm. On-farm wells provide irrigation water, with the first irrigation well drilled 14 years ago as supplemental irrigation use increased in sweet corn and other vegetable production. Water is stored in a 1,000-gallon tank and pumped into irrigation supply lines as needed. Overhead irrigation is used when needed for sweet corn production. The family’s sweet corn seed supplier is Rispens Seeds (http://www.rispensseeds.com), based in Beecher, Illinois, and the crop is harvested with a Pixall corn puller (http://www.oxbocorp.com) and promptly sorted for sale.

Vegetable transplants and bedding plants are started in a 10,000-square-foot greenhouse located on the farm. Vegetables are watered when transplanted, and tomatoes are on drip irrigation with TRICKL-EEZ (http://www.trickl-eez.com) drip tape used. A water wheel planter is used to put the transplants into the field, and vegetables are grown on biodegradable, black plastic mulch.

The vegetable business was well placed to benefit from the increasing interest in locally grown produce. With the large population in Chicago and the surrounding suburbs, a ready market for fresh produce existed in close proximity to the farm. Fortunately, states were quick to recognize the benefit to communities and state revenue from locally grown produce sales. Publicity on the benefits of locally grown produce is generated through programs that Illinois and other states provide to help small, specialty food growers market their produce at local farmers markets. 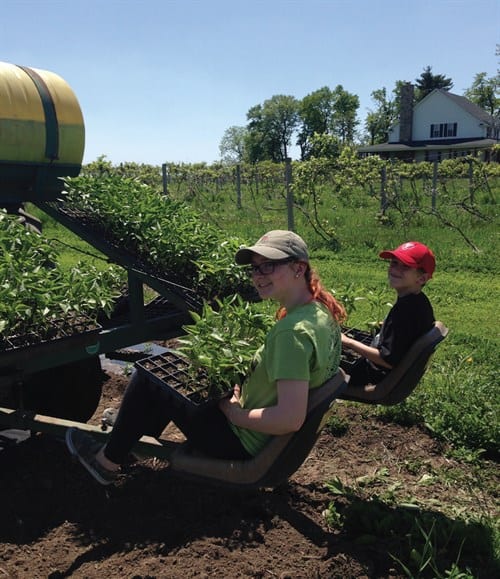 Keller’s Farmstand has continued to grow, with a second vegetable stand opening in 1993 in Plainfield, where some of the family farmland is located, followed by the 2010 opening of the on-farm Keller’s Farmstand at the primary farm in Oswego. The revenue breakdown is about 50 percent sweet corn and other vegetables, 20 percent flowers, and 30 percent fall activities.

Spring sales start with bedding plants and flowers at the Naperville site, followed by summer sweet corn and other vegetables at the Plainfield and Oswego locations starting around July 10, when sweet corn comes in. The Oswego location includes extensive fall activities that draw visitors from throughout Chicagoland. Agritainment includes a pumpkin patch, corn maze, wagon rides and a petting zoo.

Keeping up with consumer taste preferences is important for success in sweet corn sales, Keller noted. Continued research has led to sugar-enhanced sweet corn since its development at the University of Illinois at Urbana-Champaign in the early 1950s. Consumers continue to prefer varieties with a sweeter taste. Most of the sweet corn the Kellers grow is bicolor; the current primary variety is ‘Obsession’. Onions are also popular. The family grows Walla Walla sweet onions along with ‘Candy’ onions, a big, sweet yellow variety. Tomatoes continue their long-standing popularity, with the family growing more than 50 regular and 25 Heirloom varieties.

“We check the Midwest Variety Trials for new varieties in all the produce grown,” Keller said, noting that it’s important to stay abreast of current trends in new varieties and technology. “We attend the Great Lakes Fruit and Vegetable Growers Convention, which is really helpful to us in looking at new ideas,” he added. “We are using iPad-based cash registers from NCR at our markets. They are extremely helpful in tracking our sales.”

As Keller’s Farmstand market locations have become more visible in the Chicagoland area, advertising has been cut back. “We maintain a Facebook page,” Keller noted.

While the business has continually grown, it has not been without challenges. “We tried opening small stands that we called “little markets” at shopping locations throughout the area,” Keller explained. “These just weren’t successful for the most part. We do maintain one of the little markets at Fox Valley Mall in Aurora.”

Keller said, “About 10 years ago, we planted 1,200 apple trees that included 10 varieties. “We have the right soil and good drainage for growing apples, and we want to add a pick-your-own orchard. We just had our biggest crop this year.” Weather has been the biggest challenge to the apple orchard. “We were hit with two hailstorms and two late freezes two years in a row,” he said. This year’s bumper crop is encouraging, and he sees a strong future for the pick-your-own orchard. 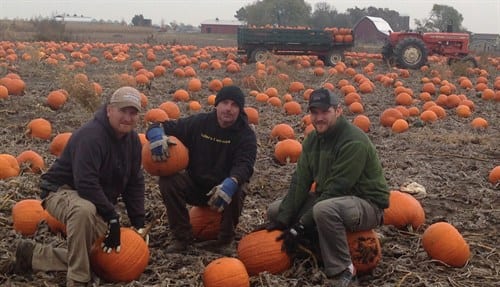 The fifth generation of Kellers helps out. Keller and his wife Teresia, who works in the business, have two daughters, ages 15 and 13, and a son, age 10, who round out the family participation in Keller’s Farmstand.