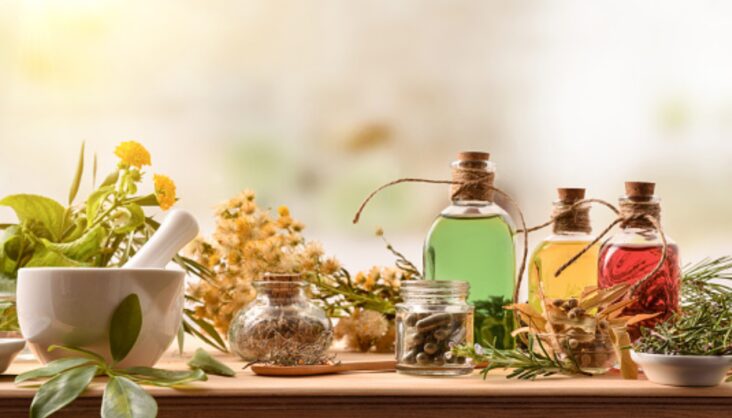 Today everyone is living in a world where it is difficult to ignore medicines. However, you can change your approach and use herbs, safer than most medicines available in the market.

Through this article, you will learn about herbs to add to your garden for the better health of you and your family.

Here is a list of herbs that you should add to your garden.

Besides being a color, Lavender has more to it. Here are some of the things to know about this magical herb.

● The history of Lavender goes back to 2500 years, with the Middle East, the Mediterranean, and India as its native growing regions. It is a flowering plant and belongs to the mint family. You can easily recognize a lavender plant by its sweet floral scent.

● In ancient times, Lavender was a holy herb used to add a light scent to personal belongings, such as apparel and hair. However, today researchers believe that Lavender is not just a plant that gives fragrance. It also contains various therapeutic and medical benefits.

● A 2017 study published by the British Association of Critical Nurses concluded that Lavender effectively provides soothing sleep to patients in the intensive care unit (ICU) who were earlier facing difficulties in sleeping.

You can grow Lavender in your garden if the environment around you allows you to do this. Then with efficient techniques, extract oil from it and use them.

Known for its ample health benefits, Evening Primrose is one of the plants with the most extended history. So, what is it? Here are some facts about this beautiful herb.

● Oenothera Biennis, popularly known as Evening Primrose, is a flowering plant with a unique feature. The plant is known as night oil because it blooms at sunset and not during sunlight. “The night willow herb” is another popular name for this herb.

● The EPO, known as Evening Primrose Oil, extracted from its seed is a smooth carrier oil. You can ingest it, apply it topically like a balm or lotion, or combine it with other carrier oils to make a unique formula.

● A study in 2013 found that women with their menopause suffered fewer hot flashes with low intensity after consuming Evening Primrose supplements for 6 weeks. The women in the study also commented that fewer hot flashes contributed to their better social life.

Most researchers believe that gamma-linolenic acid and Omega-6 fatty acid are two primary compounds that give Evening Primrose its medical properties.

Kratom is gradually gaining a lot of support and love from the general public of the United States. Here are a few things to remember about this herb.

● It is a herb found in Southeast Asia, particularly in the jungles of Indonesia, Myanmar, Thailand, etc. The plant came to western countries in the form of raw leaves. However, now there are various forms of Kratom available in the market.

● Many scientists and researchers believe that Kratom can give several health benefits. As the DEA is looking to ban Kratom from the US market, kratom lovers constantly oppose the idea. David Kroll, a US-based natural product pharmacologist, says, “while I continue to cover the molecular pharmacology aspects of the pain-relieving alkaloids present in Kratom, I’ve also been moved by emails and social media messages from kratom users. Over 95% of the correspondence I’ve received has been positive toward Kratom, with most expressing fear and anxiety about the effect on their lives when Kratom is no longer available.”

Kratom vendors like Phytoextractum are leading the way in advocacy efforts for this unique plant product. One important piece of legislation that is currently making its way through different state courts is called the Kratom Consumer Protection Act.

The Kratom Consumer Protection Act (KCPA) is legislation that would allow consumers to continue buying Kratom legally, while also helping to ban the sale of dangerous and adulterated products. The key points of the KCPA are as follows:

The Kratom Consumer Protection Act has been passed in Utah, George, Arizona, and Nevada. Oregon has also passed this legislation and it is now awaiting the governor’s signature.

● Here is one of the messages Kroll received and shared on the Forbes site. The message is from a past alcohol addict.

“I am writing to tell you about Kratom and how I have used it in the past. After battling alcohol addiction for years, I finally gave up the bottle 20 months ago. In working on my sobriety, I came across Kratom while searching for natural ways to help my depression, anxiety and arthritis.. I started taking it almost 2 years ago and found out not only did it help with those things, it really curbed any urges I had to drink! I used it responsibly until a couple of weeks ago when I decided to stop taking it because of the upcoming possible ban. Most symptoms have returned and I am frantically searching for other natural alternatives rather than going back to the pharmaceuticals (and their side effects) I was on.”

This is only one of the 200 similar messages Kroll received. This shows the significance of Kratom in the life of US people. For best results you can try BulkKratom strains.

Here are a few points to consider.

● Ginkgo extract, obtained from dried green leaves of its plant, is available in various forms in the market.

The plant contains antioxidants, terpenoids, and flavonoids in high amounts. That is the reason behind its known medical benefits.

Here are some facts to learn about this herb.

● The herb is well known for its ability to offer a feeling of love and mental clarity. So, if you are unable to make any decisions, go for a Rosemary magic.

● The benefits of Rosemary also extend to cardiovascular health. An NYC-based writer, Keri Glassman, thinks that Rosemary is also helpful in reducing the risk of blood vessel damage.

There are several other health benefits of the herb. You can check Winona for more information.

Parsley is a popular herb. Here are various things to learn about it.

● Researches and studies have shown promising results in the action of Parsley as a herb that prevents the growth of cancer cells.

● Researchers believe that apigenin and antioxidants present in it are the reason behind its positive actions.

You can consume Parsley by adding it to your afternoon salad.

You might have heard of tea tree oil in various products. Here is a list of facts to know about it.

● The plant is native to Australia. For a long time, people had used the oil extracted from the plant for various skin care purposes.

● A recent study shows that tea tree oil reduces the growth of microbes responsible for acne.

You can dilute tea tree oil in a carrier oil and use it.

You can grow all these herbs in your garden, take care of their health. Then use them and let them take care of your overall fitness.

All kratom comes from the same plant (Mitragyna speciosa), but leaves can have a different color based on how the leaves are handled in the drying process, and the time of year the harvest occurs. What do the different colors indicate about your kratom? Red, green, or white kratom can have different effects. According to SuperSpeciosa.com:

“Red kratom, white kratom, and green kratom all have similar effects and minor differences. Each strain can produce most of the positive effects of kratom using the right dosage, so the potency of each strain is important to consider.”