Composite wood is a mix of wood and plastics usually with wood making up around sixty-percent, and plastics making up the rest. One of the wonderful things about human engineering is that when we want to make something better, in this case, it’s the idea to make something that is more durable than traditional lumber, something that is hardier towards issues of damp, mold, cracks-cuts-and scrapes, sun-bleaching, and sickly children. All the sorts of things that concern real people with real problems, and accidentally they do something which is good for the environment.

Having a stone decking behind your home is beneficial for multiple reasons which are advocated by Dino Decking. You can check out all of the benefits.

Stone wood is naturally incredibly rare, which is partly the reason why it creates such awe when seen. The problem with awe-inspiring things is that we all want them. We want them cheap, easy acquirable, but just enough that our neighbours don’t have them so we can show ours off in as smug a manner as possible. The problem is that awe-inspiring things are rarely anything but finite, in other words, rare.

Thanks to the feats of human engineering found across the globe and in the bleeding hearts of those behind composite lumber, we can take the finite and shake it up a little. Mixing woods with plastics isn’t a natural thing, and if we’re doing unnatural things, then we might as well do them right. Dyes are added to give sheens and tints that while not awe-inspiring in that rare and finite manner instead plays on something deeper, the ingenuity of the creative mind, your mind, the mind needed to create a truly exceptional garden. 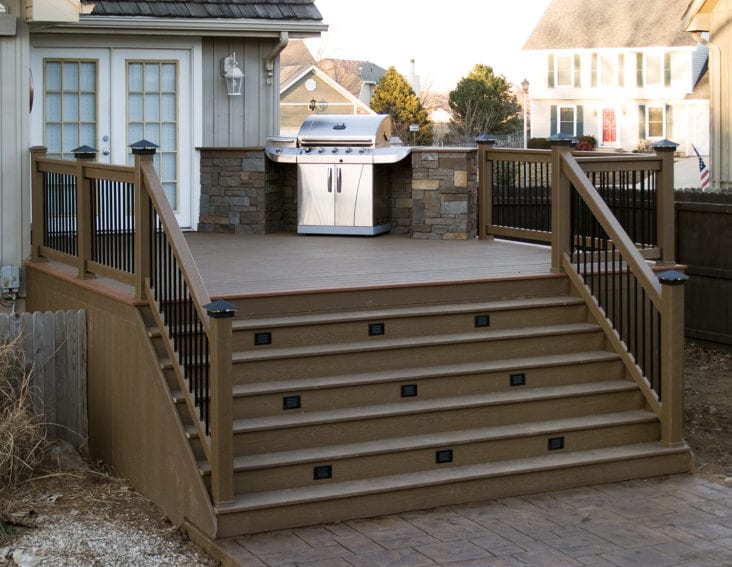 Stone wood fits that special niche within the hearts of boys and girls who are still a little raw that they weren’t given a castle for their eighth birthday. That’s not to say we’re angry at our parents, no, we’re just disappointed. They told us that we were princes and princesses, so, really, they have no-one else to blame.

Stone wood is the calling of the regal genes which exist within us all. They call us show-boats, they hiss that we’re attention-seekers. We don’t mind, in fact, on some level, we agree as we continue digging our moat with the idea of filling it with loyalist piranha once it’s finished. The major downside of it not actually being stone is that it lacks the staying power. Thankfully composite lumber lessens this somewhat but tries not to upset any neighbours with a penchant for trebuchets.

A twenty-five-year guarantee is longer than most relationships, which means we a little foresight is needed to get the most potential from our garden. Thanks to the wonderful colouring, it looks good – completely clean and full of moss. In fact, some would argue that the moss makes it better. Ask a child, preferably one you know, what they think. It may not be that of a tenured professor, but then by the laws of probability neither is your best friend or the nagging neighbour who thinks it’s an eye-sore.

Silliness aside, stone-coloured wood offers that safe ground between ebony and ivory woods, those difficult to manage, and high-maintenance woods, whether traditional or composite. The wonder of composites mixed with plastic and sealed with love is that you’re offered shades and variants you wouldn’t come across in the wild. To some that goes against everything the garden decking community stands for, which is their right, but as individuals (which most of us are) there are times in life when we feel like standing out and being noticed.

The fact that we can do so, while benefiting the environment, or at least not making it much worse, is the icing on the cake, the cherry atop the sundae. Who would have thought that our infantile castle-living dreams would come true while at the same time we put good, already chopped, trees to use, and leave the rest alone?

In conclusion, nobody should put you down with facts or opinions of downsides of building a castle in your garden out of stone-coloured-decking-wood. Thanks to the work of composite decking, that odd mix of wood and plastic, all recycled, means we can enjoy those daily frowns, eye-rolls, and groans from our significant other for many years to come.