A HEALTHY DOSE OF NUTS 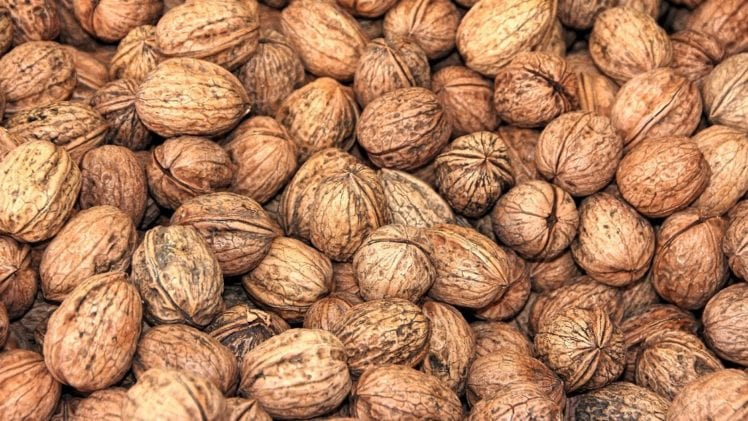 The coming year promises to be a healthy one for nut growers. Numerous programs, from pecans to pistachios, are preparing marketing campaigns based on the health benefits of nuts. While some of these promotions will not come cheap, growers should be assured that their money is being spent thoughtfully.

“Our new PR program kicked off in October 2009 with our ‘The Green Nut’ campaign,” says Richard Matoian, executive director of the Western Pistachio Association in Fresno, Calif. The campaign was launched at the American Dietetic Association Show. Matoian notes that the group is the association’s prime audience: women aged 25 to 54 who are the household’s primary shopper.

“We launched a new consumer Web site (www.thegreennut.org); developed a strong identity for The Green Nut; established partnerships with Rodale Press (Prevention Magazine, Women’s Health) and Eating Well Magazine; established a network of nutrition ambassadors that traveled the country and spoke about the healthy, nutritional benefits of pistachios; and created a news bureau to deliver health messages to consumers about pistachios,” Matoian says.

This coming campaign will be the fourth addition to the Georgia Pecans Fit! campaign and will be called “Georgia Pecans Fit! Healthy Living.” Through this campaign, the commission hopes to educate consumers on how Georgia pecans not only fit in a variety of healthy recipes, but are also an important component of a healthy lifestyle, Lane says.

The Georgia Pecan Commission will focus on several key programs this year. This fall, the commission will launch the Georgia Pecans Fit! Club, where consumers will have the opportunity to receive the latest recipes, health information and news about Georgia pecans. “Through the Georgia Pecans Fit! Club, members will also have the opportunity to interact one-on-one with celebrity chefs, cookbook authors and culinary influencers who are also fans of Georgia pecans,” Lane says.

Not all nut programs are quite so willing to discuss plans for their product. The agency for walnut growers must be working on something really cool or supersecret for 2011, or they are concerned that another nut-producing group will steal a march on them. “We’re not at liberty to disclose future marketing plans or strategies,” says Sarah Matthews of Torme Lauricella Public Relations.

Polly Owen, manager of the Hazelnut Marketing Board, Aurora, Ore., almost apologizes for their low-key approach to promotion, but she’s happy to talk about promotion. “We might not be out there in public, but we are busy doing things,” she says. That is partly because the board is responsible for quality and standards, but also because the board targets business-to-business promotions rather than the consumer market.

Some groups make good use of spokespeople for their promotions. Pistachios do not have “celebrity” spokespeople. Instead, they are represented by nutrition ambassadors who speak on their behalf.

“They are either registered dieticians or Ph.D.’s that are in the nutrition/fitness field who have the proper credentials,” Matoian says. More important, he notes, these people have tie-ins with the right groups that pistachio growers wish to target.

The Hazelnut Marketing Board will focus its efforts on groups like food manufacturers and restaurant associations. One of Owen’s big tasks is to help food processors and restaurants see beyond chocolate, and that’s a big hill to climb. “There is a misconception that hazelnuts only go with chocolate, since they are so good with chocolate,” she laughs. “Our job is to tell food people that they go well with everything.”

One misconception involves the name of the nut itself. Go to many old cities and you’ll likely find a Filbert Street near Walnut or Locust. The name filbert is the correct name for the tree and nut. The name is of French origin, and the tree was likely first introduced into Oregon by early French settlers. Hazelnut is the name coined by the English, and it was applied to the native species by early settlers. Hazelnut is more commonly used in marketing channels.

“The name was changed when we started exporting,” Owen explains. Around the world, hazelnut is more recognized than filbert. Of course, Owen notes, there are a number of growers and processors that are never going to change. However, in 1981, the Oregon Filbert Commission decided to conform to the common standard and began emphasizing “hazelnut.”

“As an organization, we don’t do trade shows,” Owen continues. Instead, they have some providers they work through to help promote product.

Pistachio growers have a voluntary, nonprofit trade association that represents growers from the pistachio-producing states of California, Arizona and New Mexico. “Together, these states represent 99.99 percent of the United States pistachio production,” Matoian says. “We ask growers to join the organization, and when they join, to pay a per-pound assessment on their production. We also ask our processor members to pay for a portion of the promotional effort as well. We currently represent about 35 percent of the total production,” Matoian adds.

“We are working to expand the existing campaign for 2010-2011—extend our strategic partnerships, grow online social media presence, expand our ambassador program with additional ambassadors speaking about pistachios, [and] expand our news bureau,” Matoian says.

As to specific production, the pistachio growers have a product development project with a local university to look at developing products for the ingredient use market. “Currently, only 10 percent of pistachios are used in ingredient use, and we would like to expand that percentage,” Matoian says. On the other hand, growers feel they have a successful product in the snack food marketplace. “We want to continue and encourage healthy snacking with pistachios,” he says.

Pecans are alternate, or biennial, bearers, a trait that leads to yearly production and quality fluctuations. The annual instability in crop supply and quality can cause major problems for growers seeking to develop and maintain consistent pecan supplies in response to domestic and foreign market demand, according to the American Society for Horticultural Science.

The pecan industry is the only U.S. nut industry with no national-level generic promotion program, even though the U.S. produces over 80 percent of the world’s pecan crop, according to information gathered by Eli Moore, Gary W. Williams, Marco A. Palma and Leonardo Lombardini at Texas A&M. Pecan growers rely instead on state-level pecan promotion programs such as the Texas Pecan Checkoff Program, administered by the Texas Pecan Board (TPB). Most Texas pecans are produced in Comanche, El Paso and San Saba counties, although the nuts are produced from Florida west to California.

A benefit-cost analysis determines that the additional sales revenues generated are relatively high compared to the dollar value invested in promotion, indicating that the Texas pecan promotion program has been financially successful, Moore found.

As with the pecan program, most grower groups participate in an industrywide checkoff program or marketing order. Some are statewide, some national.

The Almond Marketing Order, a federal one, is administered by the Almond Board, Modesto, Calif. “Each handler pays an assessment of 3 cents per pound annually to administer the order on behalf of the industry,” according to Susan Brauner, director of public affairs.

The Hazelnut Marketing Board is a federal marketing order that gets $10 per ton. There are about 650 hazelnut growers, almost all located in Oregon, but with a few in Washington state.

“With 35,000 tons per year produced, our budget is small,” Owen says. That is why they historically have had a strategy involving a lot of work in conjunction with other groups. It makes the money go further.

Macadamia growers had some cash challenges that resulted in a change in the group’s approach. Dan Hecko, warehouse manager of the Gold Crown Macadamia Nut Association, with headquarters located at his nursery across from Lake Hodges, serves as secretary-treasurer.

The Macadamia Association, Escondido, Calif., moved its operations from Fallbrook to Del Dios Country Gardens Nursery in 1995 to save on operational expenses. “We felt the need to cut our operating expense in order to pay the most money we can to our member farmers,” Hecko says.

Some of the co-op’s farmers have as few as three or four trees and still bring in their nuts. Last year, the Macadamia Association paid out $2 per pound for produce brought in by its members. “The board continues to economize on other operating cost with good success,” Hecko adds.

Texas pecan promotion programs are financed through an assessment, or checkoff on pecan sales from growers to first handlers, Moore says. Growers with 500 pecan trees or more and at least 15 acres are required to pay the assessment. Historically, annual pecan checkoff collections in Texas varied from a low of $85,500 in 2005–06 to a high of $167,600 in 1999–2000.

Most associations would echo Matoian’s goal for 2011: to continue to expand the awareness of his nuts as a healthy snack. “For the first time, we are being mentioned in the same way that almonds and walnuts have been mentioned, and we want to continue to expand our healthy exposure to consumers,” Matoian says of pistachios.

“Numerous health studies are extolling the virtues of nuts,” Matoian says. Included are weight management, diabetes control and cardiovascular health. “We want consumers to know that pistachios are healthy snack nuts,” he says.

While promoting nuts is a common goal, Matoian has to compare pistachios to almonds and walnuts. “You get more pistachios per serving—49—compared to others (23 and 13, respectively),” he says.

For about 12 years, the Hazelnut Marketing Board had a promotional program with the Turkish people. Turkey is the largest producer of the nuts. However, the Turks found they could use their money more effectively promoting product in other parts of the world and ended the relationship.

“Now we are developing new programs,” Owen says. Those projects are still in the negotiation stage, but should be made public by year’s end.

One area where they have had local success is with restaurants. Food lovers everywhere have bought into the “buy local” concept, and the hazelnut people have had success promoting their product to Portland-area restaurants, where the nuts are used in salads, sides and desserts. “People like to know where their food comes from,” Owen notes.

Not everyone lives near nut producers, and not every nut producer has a large, local market. Macadamia growers are looking to the Internet for help. Group President George McManigle implemented a Web site (www.macnuts.org) several years ago that has brought numerous new customers to the farmers’ co-op every year since it was put online.

In all, the association has four different nutcrackers, gift crates, small bags of nuts and a cookbook. The proceeds go into the pool of money that is paid out to farmers each year.

Pecans are going online, too. Spokesperson David Grotto will educate consumers on the health benefits of pecans online through soon-to-be launched social media programs on Facebook and Twitter. He will also serve as counsel on healthy recipe development.

Another key program for pecan growers is the sponsorship of Fitness magazine’s Mind, Body, Spirit Games, a prequalifying event for the New York Marathon. Over 7,000 consumers attend this event, where the commission will have a major presence on signage, in gift bags and at a booth with Grotto.

“The Pecan Commission will also launch an aggressive social media component this year,” Lane says. They will use social networking sites Facebook and Twitter.

“Consumers will be able to interact directly with the commission through these sites and learn about the new programs, recipes, news and health information the commission is offering,” Lane says.

Looking ahead, pecan producers hope to continue to build and strengthen year-round a positive image of pecans. Lane says they want to increase awareness of health benefits, leverage the pecan’s dominance as top nut for antioxidants (including USDA research) and create more pecan usage opportunities as part of a healthy lifestyle.