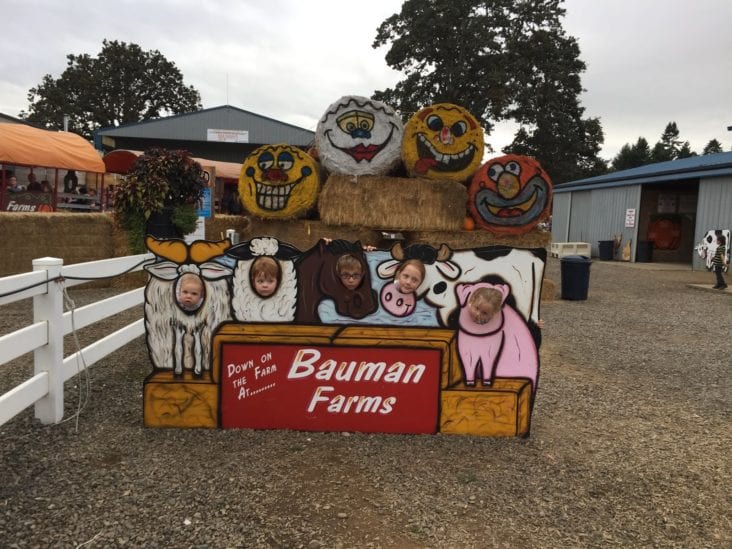 Is it possible for business owners engaged in growing and self-marketing farm and garden products to be prudent and revolutionary while becoming, and remaining over time, a major player in their marketplace? Just ask Bauman’s Farm and Garden. Bauman Farms

Located in Gervais, Oregon, a small town between the state capital of Salem and Portland, Bauman’s has been named one of the top 100 Revolutionary Garden Centers in the U.S. for three years in a row.

Still, Brian Bauman, part of the fourth generation of the family managing the farm, emphasizes the care taken each time the farm unveils in its business plan a new approach to marketing; the end goal, he said, is part of being a successful revolutionary.

“Our strength over the years has been that we are always pushing the boundaries,” Bauman said. “Our motto is also, ‘Don’t put all of the eggs in one basket.’”

At Bauman’s, the firm’s business paradigm is always in a state of flux to better serve future marketplaces, but change is introduced in a measured way; a new approach, according to Brian, is never allowed to become a “do or die” effort. As a new approach proves to have legs, it is integrated into the larger mix of offerings to the public with an eye to optimizing the potential of the approach. “We try to integrate both vertically and horizontally,” Bauman said.

Bauman’s Farm and Garden was revolutionary almost from its founding. It isn’t often a 132-year-old farm is credited as having been first settled by a woman, and it isn’t often that farm stays in the same family for more than a century. It’s even less often that a family farm gains a national reputation as a leader in its industry. According to Bauman, the ability to both survive and thrive for more than 100 years is directly the result of pushing the boundaries, but always with caution.

Elizabeth Bauman, an Austrian immigrant, started farming near Gervais in 1894 on what is now one of Oregon’s recognized Century Farms – farms that have been under the ownership of a single family for more than 100 years. Originally, corn, wheat, potatoes and hogs were the mainstay products. In the early 1900s, Elizabeth’s grandson, Clyde, set the standard for innovation in his family, becoming, Bauman said, “one of the first farmers in the Willamette Valley to grow vegetables as a commercial seed crop.” 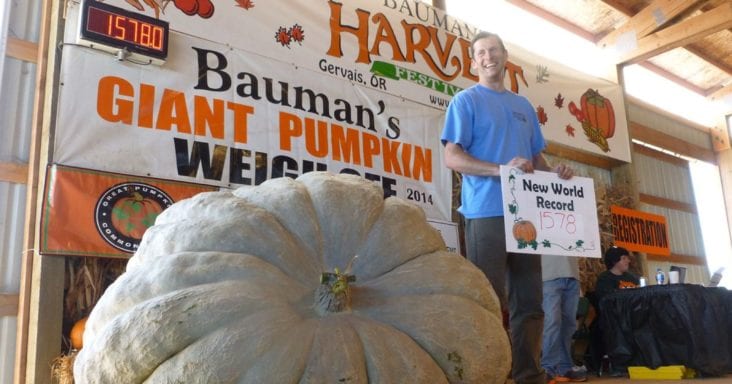 The Bauman’s Farm and Garden of today had its genesis in 1977 when Clyde’s son Rick married Barb, “the girl next door,” and the couple began to follow in Clyde’s footsteps, growing seed and cannery crops as well as working off the farm jobs on their own. Several children later, the couple decided Barb needed to stay home but the family still needed extra income.

“Grandfather had always sold a little bit of produce to the local community,” Brian said. “It was a little extra cash for a family with eight children, and he enjoyed interacting with people who would pull up, honk their horn and be treated to a bushel of peaches or a sack of potatoes and some conversation.”

Based on Clyde’s success, Rick and Barb came to believe there might be unrealized potential in serving people who no longer grew their own fruits and vegetables but, nevertheless, enjoyed farm fresh food. “Everything started small,” Brian said. Rick built an addition onto the family barn with two garage doors and handmade vegetable bins, stocked it with an old freezer full of berries and fruits on the inside; and topped with napping kids on the outside. Each morning Barb and the kids would pick berries and vegetables, then, at 1 o’clock, the store would open and stay open until everything was sold.

There was really no tipping point anyone can isolate as the point where Bauman’s became more than just a mom-and-pop produce outlet along the road, Brian said. “Just about everything we’ve done started out small and just kept growing.”

Brian points to the Bauman’s Farm and Garden pumpkin patch as an example of how things can grow from a small incursion into a new market into a substantial profit center for an agritourism-oriented business.

“We were growing pumpkin for seed, so we had all these pumpkins out in the field,” he said. “I was in the second or third grade at the time, so dad invited my class over to play in the field and take home a small pumpkin.” The play day was a hit with the kids, Brian said, enough of a hit that his teacher told others about it, and soon requests were coming in for additional play days.

The pumpkin patch began to attract adults when the children told their parents how much they’d enjoyed going, and soon, as Rick kept adding things like hay mazes and hay castles, the attraction grew into a regional must visit. Last year, Brian said, nearly 100,000 people came to see and play, ride the “bug train,” tread the corn maze, test the zip line, visit the cider barn and wander through the farm store and its associated greenhouse.

To support the farm and garden store the Bauman family (all four of Barb’s sons and daughters participate in managing various aspects of the business), the family grows an amazing array of fruits, vegetables, berries and even Christmas trees on about 300 acres of owned and rented land. To further support sales, products grown on the farm are supplemented by locally grown produce from other area farms.

Produce, berries and fruit varieties are selected to help assure a delicious range of produce is available throughout the growing season. For example, 19 varieties of cane berries are grown but not all come in at the same time. Pointing out that a Bauman’s customer must drive a bit, passing by many other options to get to the facility, Brian said, “We want our customers to find something special and unique to take back home; and we want them to want to come back often.”

Aside from fulfilling customer desires for variety, growing more than 200 crops in all pairs well with the Bauman philosophy of not putting all the eggs in one basket. Brian points to this year’s strawberry crop as an example. “We’re famous for our strawberries, and they are an important part of our business,” he said, “but this year we had a disastrous heat wave that literally boiled many of our berries on the vine. That, combined with a lack of pickers meant the crop was much smaller than usual. If our year depended too much on just strawberries alone, it could have been a disaster, but since we have so many other products to fill the void, we are able to make up the loss.”

Vertical integration of product lines also impacts overall success of the operation, according to Brian. Apples, for example, are a popular fresh fruit. “We sell lots of apples,” Brian said, “and we make a lot of apple cider. The success of our cider led to a product that’s become tremendously popular, apple cider doughnuts, and then we moved into making hard cider. We do everything we can to find a way to take advantage of every opportunity we can. ‘Value added’ is a byword around here. If we can make a product ourselves and add value in the process, we figure there is no reason to let someone else do it…”

Each generation of the Bauman family has stretched itself to contribute to the future success of the endeavor. “My family has always tried to be revolutionary, to look to the future,” Brian said. A recent experiment that is already showing promise is a “guest farm” arrangement with another farm and garden center closer to the large metropolitan Portland population center.

In the earliest days of the farm and garden center, Barb and Rick sold a few hanging baskets. That beginning has led to today’s sales of 15,000-plus baskets and, Rick said, many more could be brought to market if the sales warranted; the farm has about 130,000 square feet of greenhouse under cover to support selling starts to customers, starts for the farm and other needs.

Fir Point Farms, near Portland, was also an early pioneer in Oregon’s agritourism industry. In recent years, while offering the traditional fruits, vegetables and on-farm attractions many others offer, Fir Point has become especially well known in the region for its bakery – a bakery utilizing grain grown by Fir Point’s owners.

In 2014, Bauman’s, looking to expand its reach into the Portland marketplace, partnered with Fir Point Farms to establish a Bauman’s location at Fir Point’s location. The pairing was a natural, Brian said. “We’ve expanded our reach and Fir Point Farms is able to focus on the wonderful products it is renowned for. We both benefit from the arrangement.”

Determined to stay on the cutting edge of the industry, Brian said over the last year or two Bauman’s Farm and Garden has refocused its priorities. “Food safety has always been an area of special attention for us, so it was natural to become a GAP (Good Agricultural Practices) certified company in Oregon,” he said. “That means we are audited during harvests to assure the potential for microbial contamination is minimized on all our lands. We take food safety very seriously at Bauman’s and are committed to doing everything possible to continue to improve what were already stringent food safety programs.”

A self-described revolutionary approach to the agritourism marketplace, tempered by prudence, has earned Bauman’s Farm and Garden a leadership position in Oregon’s agritourism industry as well as national recognition. Vertical, as well as horizontal, integration of the farm and its products have allowed the farm to establish a position in the marketplace likely to assure another four generations of the Bauman family has a place to grow and serve the public with the best the agricultural industry has to offer.