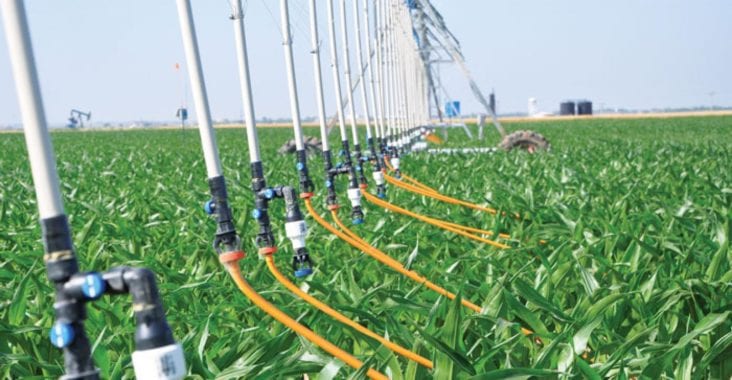 How to save money on irrigation

Irrigation can be a big moneymaker. However, without a good plan and good implementation of the plan, an irrigation system can drain both a grower’s money and time. Several irrigation experts shared their ideas on how they would shave energy use and save money on irrigation.

“An overall irrigation plan should be developed for the specific plants to be marketed,” says Dan Baton of GreenForest Nursery, Perkinston, Miss. On existing installations, he recommends having an irrigation audit done to look at water distribution pattern, nozzle wear and spacing. “Analyze existing pump performance,” he adds. 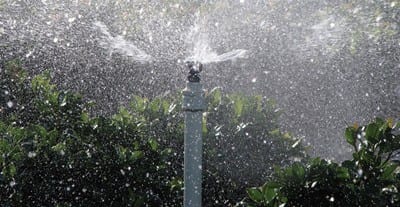 His key concern is to baseline how efficient the system is now. Baton would look at energy use and the cost of water. Then, he says, “A comparison should be made to alternative methods of delivering water as a capitol improvement.”

“If water is applied properly, you will get a better quality product and better yields,” says Tom Penning, president of Irrometer Co., Riverside, Calif.

While he would agree with Penning’s philosophy, Dan Glenn, T-L Irrigation’s district manager covering the upper Midwest, notes that there never is one right answer to every energy-saving problem. “You are balancing water coverage, labor, energy use and monitoring,” he says. Read about: Pest Control Phoenix, Arizona

Glenn would look first at energy efficiency and savings. Today’s low-pressure, over-the-top irrigation systems are designed to save horsepower, which, in turn, saves electricity or petroleum fuel. “You want to be frugal – to use the least amount of energy to pump water and to use the water responsibly,” Glenn says.

Today’s center pivot systems use 30 to 50 PSI pressure to irrigate vegetables. That is half of the 90 to 100 PSI that is typical on an older system. Lower pressure means a lower horsepower requirement, which means less fuel consumed to pump water.

“I would say a grower can realize 15 to 30 percent savings, depending on improvements and location of site,” Falgout says.

Where does a grower start looking? Brian Shade, district sales manager for Netafim USA’s mid-Atlantic region would start with an Internet search. “Search for your specific crops,” he advises. “Usually, this will lead you to a website for a major manufacturer of low-volume irrigation products, and you can drill down to specifics.”

If a grower likes what is there, most websites have drop-down menus that allow you to request more information or to be contacted. 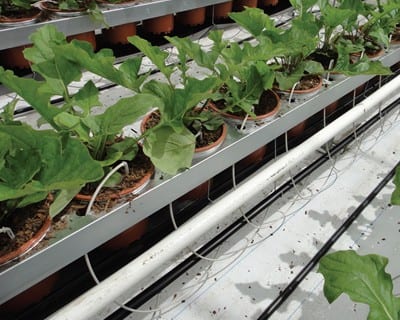 Do the design right

Therein sits another caveat for the grower. If a grower buys a pickup or a tractor and doesn’t like it, he can trade it in and get another. The standard depreciation life cycle of a center pivot irrigation system is 30 years. Irrigation systems are designed for a specific field, a specific well or surface water source, a specific soil type and topography.

Irrigation is not a tool that can be traded in easily if the grower decides it isn’t right for his needs. It is a long-term investment.

“A grower needs first to look for a reputable, established irrigation manufacturer and their trained, supported local dealers,” Glenn says. “No matter what type of irrigation system you buy, look for manufacturers who have been around a while and who have seasoned experts.”

The first step to a successful, effective irrigation project, Shade says, is identifying the goal. The next steps include determining the crop’s needs and local growing conditions, identifying and installing user-friendly equipment, and getting good training and support. 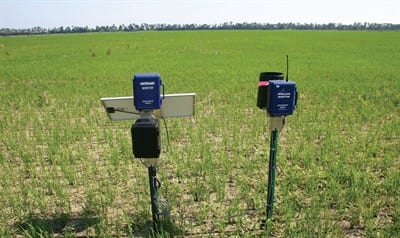 One often overlooked key is having the grower and the farm team use the equipment to its fullest, Shade says.

Everyone agrees that working with a solid, local irrigation representative is key. “Work with a reputable local distributor familiar with your crop, and one that has the support and backing of a major manufacturer,” Shade says.

Be ready to customize any water plan. “Plans are site-specific,” says Falgout. He says that, in addition to properly sizing the pump to the current design, a grower should consider whether expansion will be needed in the future.

Pipe sizing and sprinkler spacing come into play. There are also differences among drip systems, micro spray or overhead sprinklers.

After you have finished the basic steps, touch base with the local university’s horticulture or ag engineering irrigation experts. With some ideas in hand, talk to fellow growers who produce similar crops on similar soils. Then, get some dealers to come out and walk the fields with you.

Never buy from someone who has not seen the field. A good dealer will come out with a laptop and laser device and measure the field, check the soil type, and enter reams of information into his computer. The consultant will help with getting local permits required for an irrigation system. The computer then will provide several practical plans for irrigating the crop. Note that there will be trade-offs in energy efficiency, water use, labor inputs and configuration. The idea is to choose the system that will give the best overall return on investment (ROI).

Penning says growers will see the best ROI from an irrigation system in the quality and quantity of produce they send to market.

“Savings typically is not on the cost of water, but in the more expensive inputs,” says Penning. “Water is the cheap input. It is in the associated factors that you lose money.” He notes that labor, energy to pump water, and the fertilizer that often is applied with the water can be major factors in a grower’s irrigation budget.

“Fertilizer is a very expensive input,” Penning continues. “If you allow the fertilizer to run off or carry past the rootzone, you are going to lose money.”

“We do a lot of comparisons,” Penning says. Typically, the ROI for a typical installation is one season. With more sophisticated data loggers and telemetry, it might take a bit longer to break even on a new system.

The grower who has his irrigation program down pretty well will take longer to reach the break-even point on upgrades or improvements. However, the investment will be worth the time.

“The ROI is difficult to define because of pumping costs, which are made up of energy costs and water costs,” Shade says. He says that estimating the savings can also be difficult, since the grower usually won’t know until afterward how much he was overwatering.

Shade says there can be major cost differences between irrigation technologies, such as going from overhead sprinklers or flood to drip. “I have seen savings of over 70 percent,” he says.

There are still a lot of flood- and furrow-irrigated fields around the country. They are riper for efficiencies than drip irrigation. “No matter the method of irrigation, if you do not get it scheduled right, you will waste water,” Penning declares.

In a move from flood to precision application, scheduling issues become more important as the amount of water applied becomes lower and more precise. A flood-irrigation program can cover up a lot of mistakes. Sprinklers lose some water to drift and evaporation. However, a grower with an efficient drip irrigation system probably is applying water barely faster than the crop can absorb it. A small difference between the crop’s requirement and the application means the difference between good yield and a poor, low-quality yield. It is then that management becomes critical.

“Identify potential water-quality problems,” Baton says. He says that analysis of water quality can and should be automated.

Save your own energy

Many growers do not think about their own labor and the fuel in their pickup when it comes to energy savings. If a grower has fields scattered around the county, simply getting from field to field costs gasoline and wear and tear on the truck. The more work that can be done from home base, the more energy the grower saves.

Back in the office, a good Internet-based reporting system provides time and labor savings. Cellular or satellite modems allow growers to access the data anywhere, anytime.

“Not only do you want an irrigation system that captures the maximum number of acres, but you want to save time driving around at night to check systems,” Glenn says.

Especially for a grower with plots scattered around the county, a remote recording system can save 50 miles of driving a week – gas isn’t getting any cheaper. That time saved can be spent working with a crop consultant to discuss water management, Penning says. The crop consultant can access data remotely, as well as on any laptop or web-enabled phone.

“Monitoring devices on the system allow a grower to set the time and application rate, the speed of travel, and to monitor the safety devices on the machine in case it shuts down for some reason,” Glenn says. The system then calls the grower’s cell phone or alerts his computer. Rather than driving around the county looking at perfectly fine irrigation systems, the grower can focus efforts on areas with problems.