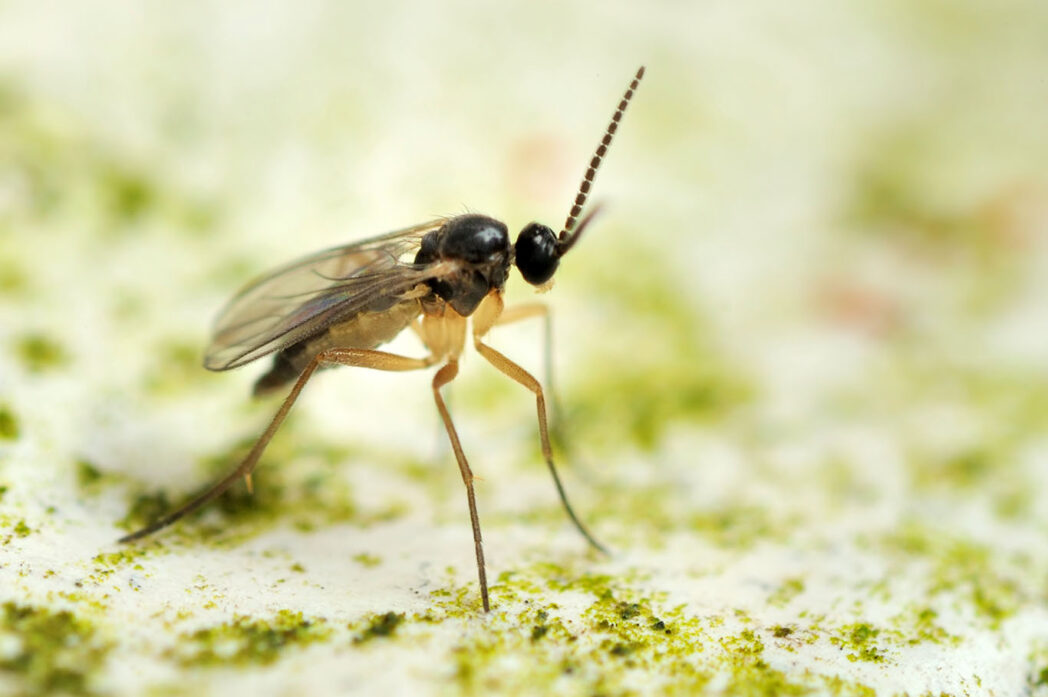 One of the most common houseplant complaints during the winter months is a swarm of pesky flying insects around the houseplants. These flying insects are commonly known as Fungus Gnats. The fungus gnat larvae live in the soil of your houseplants. Fungus gnat larvae feed on organic materials within the soil. Unfortunately, most of the organic matter is from the plant’s root system. Fungus gnat larvae do not eat large quantities of food, nor do they cause major damage to plants in a short period of time. However, they can kill plants if they are not controlled. 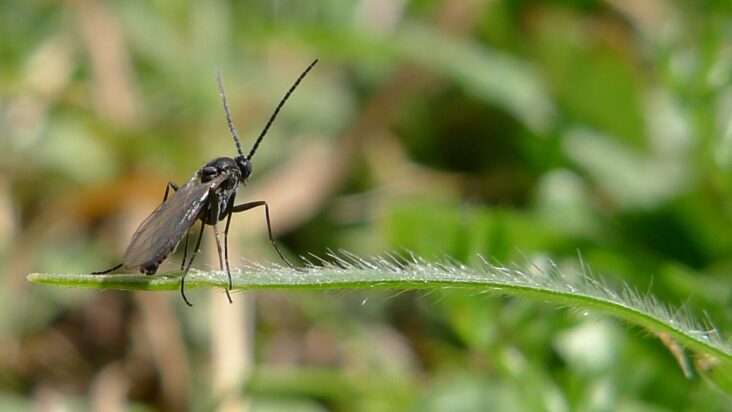 Aerosol houseplant sprays give instant control of the adults. However, spraying is a hard way to control them because a new generation of fungus gnat larvae hatches every five weeks. The best control for these pests is to kill the larvae in the soil. Put an insecticide into the soil of your plants. Sprinkle Fertilome Systemic Insecticide Granules on top of the soil and then water. This insecticide kills the larvae. It is also absorbed by the plant’s roots and is translocated throughout the plant.

The systemic insecticide will kill many other unwanted insects such as aphids and mealy bugs. Re-apply these systemic granules every six to eight weeks as needed. An organic method to control fungus gnats is to cover the soil of all your houseplants with fine gravel. Gravel prevents the fungus gnats from being able to move in and out of the soil. It also prevents the adults from laying eggs in the soil in the first place.

Now that winter is almost over you should start fertilizing your houseplants more frequently. Fertilize most of your houseplants every two weeks (instead of once a month during the winter) with Schultz All Purpose Fertilizer.

Controlling insect pests in houseplants can be aggravating and frustrating, especially fungus gnats. Fungus gnats generally do not kill houseplants. The adults are considered a nuisance pest because they just lay eggs, torment people, and die; they do not feed on the plants. Before they die, however, they do make themselves a nuisance. Adult fungus gnats are attracted to sources of carbon dioxide, which is why they like to fly around your mouth and nose. Fungus gnat larvae are the main problem and they feed on fungus that naturally grows in soil and in plant saucers. 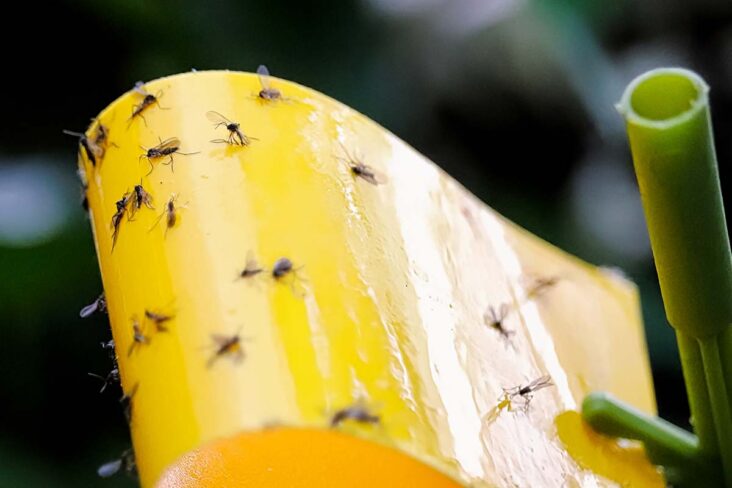 The first step to get rid of adult fungus gnats is to eliminate the source. The adults will eventually disappear if you eliminate the larvae. Wash all your plant’s saucers and the outsides of all your pots with a disinfectant of 10% clorox and water. Put a penny in the saucer after you clean it.

The copper in water will sometimes control this insect. You can also apply an insecticide in the potting soil to kill the larvae. Some people will mix an insecticide, such as Permethrin, in the water and drench the soil every two or three weeks. We recommend spreading Fertilome Systemic Houseplant Insecticide Granules on the surface of each pot, covering it with a thin layer of soil, and watering it in. Both of these treatments produce an undesirable odor that may linger around the house for a few days so be sure to move the plants to an appropriate area before treating the plants.

Sometimes you can control fungus gnat larvae by just letting the soil dry out between waterings. The larvae need moisture to survive. Another method of fungus gnat control is to cover the soil with a 1/2″ layer of coarse sand or fine gravel to smother the eggs and young larvae. This covering also prevents adults from laying more eggs in the soil. This method is probably the best solution for a long-term control.