According to scientists, due to urbanization and development, we are losing arable lands – ones suitable for growing crops – every day. In fact, over the last 40 years, Earth has already lost about a third of cultivable land and there is no way of knowing how much will be lost in the future. This is a huge problem since the world’s population is expected to rise to about 10 billion by 2050. With the continuous loss of arable land and increases in food demand, feeding the world’s population might be one of the biggest challenges we will face in the future.

That is why indoor farming has become an explosive industry in recent years, considered by many as the future of food production. So let’s take a look at what exactly indoor farming is, what are the benefits of it, and why it is gaining popularity.

What indoor farming is

Just like the name suggests, it refers to the practice of growing crops and plants indoors. It can be large-scale or small-scale, but its techniques are based on cultivating a vast variety of crops entirely indoors. Indoor farming involves numerous growing systems, facility types, and technology-driven operations aimed toward commercial production.

There are many indoor farming methods that use numerous techniques and utilize many different systems and facilities.

Soil-based – This is the most convenient method that simply involves growing crops or plants in soil.

Hybrid methods – Rather than relying on one system, these hybrid farming facilities utilize several growing systems at once.

Aeroponics – This forward technique includes suspending plants in the air and using an atomized nutrient solution for misting the roots. You can click here to read more about it.

Vertical Farming – This is probably the most popular type of indoor farming and it is meant to maximize the use of available space, by expanding in height rather than width. Vertical farms include layers of horizontal or vertical planes and can use natural light, artificial light, or a combination of both.

Greenhouses – This form of indoor farming has been used for centuries. Today, these transparent, enclosed structures are more likely to be made from polycarbonate than glass.

Other methods include hydroponics, aquaponics, container farms, and more.

Why it is a growing industry 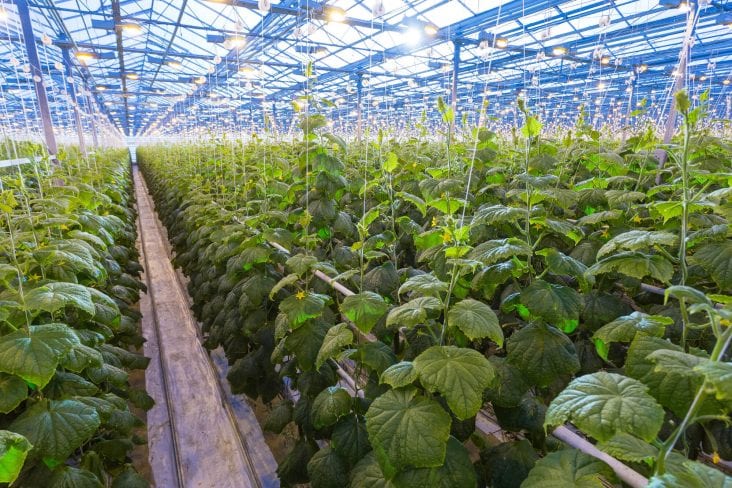 Technological innovation and development have led to the increased popularity of indoor farming. Thanks to these advancements, indoor farmers can fully measure and control all the variables involved in growing plants and can farm on a larger-scale at reasonable costs.

Farming indoors is also about 170 times more productive than outdoor farming and enables faster crop growth and more frequent harvest cycles due to the controlled environment. This means that growing seasons can be extended and seed-to-harvest times can be shortened.

Lastly, due to conscious consumers, the demand for locally produced, healthy, and fresh produce is rapidly increasing annually.

There is a reason why indoor farming is considered crucial for achieving food security in the era of climate change and a rapidly growing population. Not only is the industry important for food production, but it is also reducing negative impacts on the environment. This is why it has become indispensable and will only keep growing and developing more in the future.