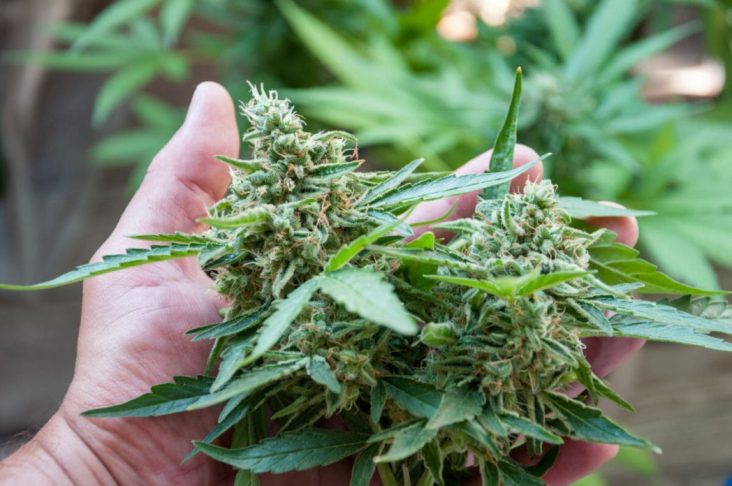 You might’ve been thinking that your pot is all organic, at least you’ve assumed that much from the looks of the guy with dreadlocks who used to sell it to you. Most smokers tend to think that weed is a gift of nature that grows on the sunny hills taken care of by the smiling farmers who themselves enjoy a tight joint after a long day’s work. Well, right now, legal weed is a billion-dollar industry that is more akin to industrial agriculture than your idealized old-school backwater pot grower.

Of course, as much as in your regular agriculture, there are those who want to grow a natural weed, free of the pesticides and industrial scale of large growers. This is what organic weed is all about. Or at least that’s what they want you to think. So, how do you obtain organic cannabis and what do you need to know to get the real deal? Let’s find out.

Is There Such Thing as Organic Weed?

According to Tia M., Editor and Contributor at Askgrowers.com, the answer is yes and… no. The problem here is that the organic status of a particular product is regulated on the national level. Your organic tomatoes have to have the USDA-accredited certifier to be labeled as organic. The difference between tomatoes and cannabis is that cannabis is not legal across the nation, only in a number of states. This means that no grower can obtain the USDA certificate and actually put an “organic” label on their product. It is just not possible for the time being, so on the official level, there’s no such thing as organic marijuana.

However, certain growers do grow organic cannabis by not using any pesticides or prohibited chemicals throughout the growing and drying process. How do you know they produce organic weed? Well, you’ll just have to take their word for it. Alternatively, you can go to their farm yourself and ask them to show you around to see what’s going on there. Otherwise, you’ll just have to trust the grower and have strong faith in their weed being 100% organic.

The good news is that such small farms that are genuinely committed to growing truly organic cannabis are usually quite welcoming of the visitors. So, if there’s a local weed grower you want to check out, just contact the owners and ask if they’d be so kind as to show you around. Chances are, they would, so you can just drive there and see what’s going on there.

Why Should You Choose Organic Weed?

The use of pesticides at large-scale weed farms impacts the quality of the product you consume by contaminating the smoke with potentially harmful chemicals. Unfortunately, a large portion of the cannabis you’d buy at your local dispensary is contaminated with pesticides. Obviously, this is not too good for your health, so you might want to avoid such contaminated samples of weed.

The pesticides used during the mass production of cannabis pollute the plants and the soil. This means that not only do you consume potentially harmful chemicals along with your weed, but the soil itself gets polluted. Fortunately, as cannabis obtains legal status in different countries, its production becomes subject to certain agricultural regulations that prevent the use of certain types of pesticides.

However, it does not mean there will be no pesticides in your weed in the nearest future. Industrial-scale production does not tolerate risks, and nobody wants to lose a huge yield worth hundreds of thousands of bucks to a disease or pests. That is why the abundant use of pesticides is a given and you’d not be able to avoid it.

That is where organic marijuana comes into play. As much as with your organic tomatoes and potatoes, organic weed is grown at small-scale farms by small numbers of people who are truly dedicated to their craft.

Why Is Organic Weed More Expensive?

The answers are quite obvious. First of all, organic weed cannot be grown on such a massive scale. Too many plants mean too great a risk of a disease or pests damaging them and the farmers would not be able to oversee the large area. This reduces the yield quite dramatically, so small organic growers just cannot produce so much weed as to make a profit out of it. That is why they are basically forced to raise the price of their product to make such a business viable.

Secondly, without certain prohibited chemicals, the weed grows considerably slower, which further reduces the amount of raw product produced by organic growers. Again, to make such a business viable, you need to raise the price of the end product. If you ever wondered how to grow organic weed, you probably know that not using pesticides and chemicals means the plants require much more attention and human hours to grow successfully. Again – more money.

The third reason why you might want to pay more for organic weed is its quality. If you don’t want to inhale all the residual pesticides from your regular weed, it might be a good idea to spend more and get yourself an organic batch.

So, what is organic weed? It’s a weed grown and produced without the use of pesticides or harmful chemicals – only natural fertilizers. Why is it more expensive? It takes more time to grow, it is better quality, and there’s a risk of losing the yield because of not using the pesticides.

How do you know it’s organic? You don’t! Officially, there’s no such thing as an organic weed, so you just have to trust your chosen grower. Are there any specific strains of organic weed? No, there aren’t. Any strain can be grown both with and without pesticides, so it does not matter.

To find a good organic weed, you need to research the growers, see what people say, maybe even pay them a visit, and make sure you choose the one who really does grow organic cannabis without using all the bad stuff we all want to avoid when consuming the good quality product.