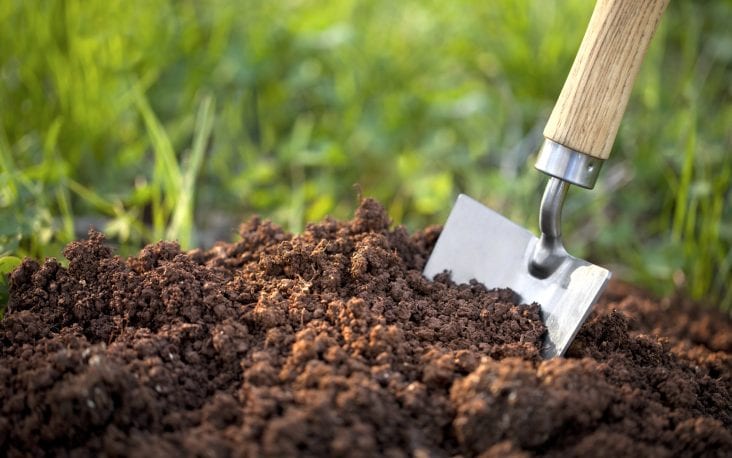 Since the first cooled railcars carried strawberries to the population market in Chicago, southern Illinois has produced fruits and vegetables for the major population centers that rival major producing states such as Florida and California when it comes to taste. Those same beautiful hills and valleys that attract tourists to this region, though, prove challenging to growers when it comes to soil erosion. Extensive soil erosion has been a major problem for farmers in the region over the years.

No-tillage growing can help growers in hardpan soil regions prevent soil loss, according to research conducted by Southern Illinois University at Carbondale. The success of using this method for growing vegetables in southern Illinois is documented not only by research but also by the experience of a major grower with a long history of growing crops in this region. Combining vegetable production with an established orchard operation has proved successful for Rendleman Orchards and Farm Market, Alto Pass, Ill., and a move to no-tillage production following successful research trials by SIUC researchers has worked well.

“We’re strong proponents of no-till production,” Ren Sirles said. “We were losing our soil to erosion.” Sirles, together with his wife, Betty, and son, Wayne, own Rendleman Orchards. They purchased the farm from Sirles’ mother, Helen. The orchard has long been known for its peach and apple production. The farm was designated a Centennial Farm in 1973, commemorating 100 years of family ownership with Helen, at 99, still answering the business phone when others are busy.

“We’ve always been close to Southern Illinois University at Carbondale,” Sirles said. “I serve on [the] SIUC leadership committee, and both my wife and son are graduates of SIUC.” Extensive research has been conducted at Rendleman Orchards over the years, and SIUC Associate Professor Dr. Alan Walters approached Sirles about conducting no-till trials on his land.

Walters cited issues of soil erosion. “Most of the land in this region is rolling with hardpan clay soil,” he said. “They wanted to grow vegetables and wanted to save their soil. We started looking at cover crops for the soil. The first thing we needed to do was to see if the system would work.”

Transplants were used, which gave the plants a head start in the growing process. Walters said, “The main thing they needed was to get a good cover crop to help prevent loss of the soil.”

The research included pumpkins and zucchini squash. According to research cited by Walters, reduced or no-tillage production is an effective and inexpensive way to reduce soil erosion and provides other benefits, including increased organic matter and water-holding capacity. Most soil is lost during the winter months if no vegetative cover is present. Winter rains and high winds can easily cause extensive soil erosion. Conservation tillage acreage has increased significantly throughout the Midwest as growers gain a more thorough understanding of the various benefits in addition to the prevention of soil loss.

While several options exist for cover crops, wheat and rye seeded late in the year, about mid-November, provided good cover and helped to reduce soil lost to erosion. Plants grow well in a no-tillage production setting, but Walters noted that weed control is a significant problem. While few chemicals are labeled for weed control, various combinations of chemicals have been tried and have proven effective. Work is continuing in the area of weed control to benefit growers.

Technology has made great advances in helping growers identify their soil needs to produce higher yields, and Sirles utilizes this technology in his operation. Soil sampling is a major component. Sirles noted that every field is evaluated, and soil amendments are applied through the use of GPS, with lime applications essential.

“Our fertilizer program is mixed for our soil,” he said. He noted that the Fruit Belt Association, based in Bloomington, Ill., and Southern FS, Inc., Marion, Ill., are primary sources. “We pay for the service, but it’s made us money,” he noted.

“We use a subsoiler to open up the soil,” he said. “Plants are grown in a greenhouse, and we use a two-row mechanical Holland transplanter, made in Holland, Mich., and a liquid starter fertilizer is used.” Irrigation is available as needed.

While Sirles noted that winter wheat, rye, and buckwheat sowed in the fall work well as cover crops, he has found that common rye provides an effective cover crop. “It provides more organic matter and has deeper roots. It protects the soil from the cold winds in winter,” he said.

Fields are rotated every two years to assure proper nitrogen levels. “We plant red clover during the rotation years and turn it under to add nitrogen to the soil,” Sirles said.

The zucchini squash and cucumbers are harvested by hand and brought to the on-site cooling area. The produce is transported to the wholesale buyer in refrigerated trucks.

“We often wholesale with another grower,” Sirles said. He wholesales a significant portion of his crops to Rosemont Farms, Cobden, Ill., a subsidiary of C.H. Robinson based in Florida. Produce is sold at harvest rather than being grown on contract. “Rosemont has strict inspection standards,” he said.

The excessive heat and humidity experienced in the Midwest this summer are especially hard for growers in southern Illinois. The region is bordered on the west by the Mississippi River and on the south by the Ohio River. The rivers contribute significantly to the humidity levels of the region. “The very hot weather makes it harder to work,” Sirles said, noting that products must be quickly moved from the fields to the coolers. “Produce is a living thing, too, affected by the weather,” he said. “But you can’t do anything about the weather.”

Sirles noted that ongoing research is done at the farm by SIUC researchers. “Alan Walters and Brad Taylor [SIUC plant sciences department faculty] are very much involved in trials here at our farm,” he said, noting that research results are significant to vegetable production in his area. Continued research into weed control is a major need throughout the produce-growing industry, and weed control continues to be a concern in no-tillage operations.

Ren and Wayne have both been active in the Illinois State Horticultural Society, an organization formed in 1857 that focuses on issues affecting the horticultural industry. Research at two state universities is supported, and members are from Illinois, Wisconsin, Missouri, and Iowa.