What is the new Kiku Apple and is it sweet? 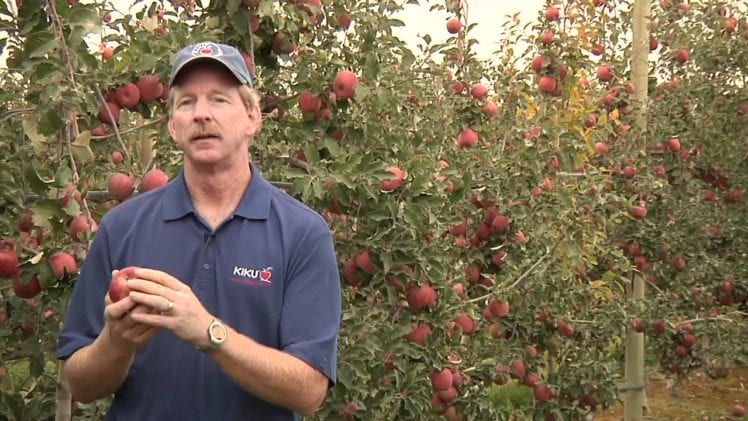 A completely new apple variety is set to come to the USA market. It is expected to become a fan favorite among the sweet apple lovers. Meet the Kiku apple, a Fuji sport. Columbia Marketing International (CMI) introduced it to the American marketplace.

Kiku apples are being grown by Applewood Orchards Inc. in Deerfield, MI, since past April. They joined Rice Fruit Co. in Gardners, PA, and Columbia Fruit Packers Inc. who are already growing this super sweet apple sort.

Rice Fruit Company president John Rice, says, “We’ve had the apple here in test plantings, we’ve been watching it for the last several years, and we’re very impressed with it. It’s an apple I think will do very well in this particular area in terms of our climate and such.”

Rice also said how he has always been successful with Fuji varieties and with producing extremely sweet apples. He was very surprised when he learned that the Kiku apple is even sweeter than what he had previously worked on.

“We think it won’t take very long for it to get established because it’s a type of apple that Americans are becoming increasingly attached to. In our experience, the sweeter the apple, the better. This is probably the sweetest apple we’ve come across yet.” 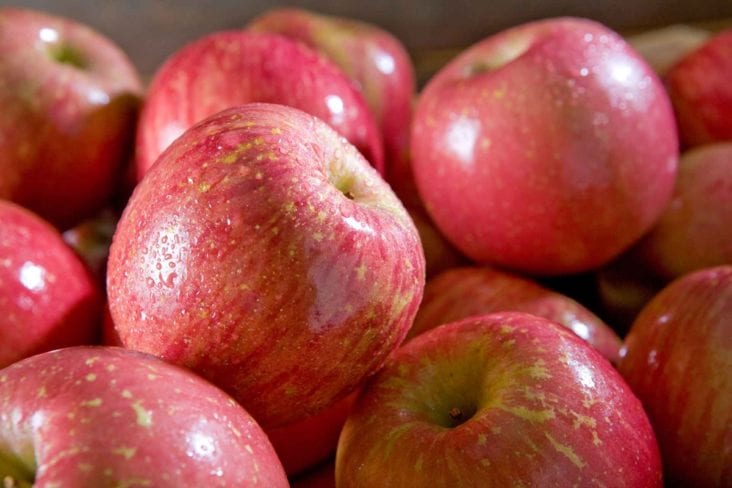 Mr. Rice revealed how impressed he is with the coloration of the Kiku apple as well. It is a striped variety of the fruit, which he compared to the interestingly colored Gala apple. He said that they have been attractively striped all around.

CMI, which is marketing the variety, is set to start enforcing rather strict quality standards for the Kiku apple sort. It is said that the apple will have to maintain a mostly red coloration. In addition, it will have a set minimum sugar content of 16 brix, which is significantly higher than other sorts of apples.

Currently, the CMI works on developing the marketing plan for the Kiku apple, which is alread being marketed across the European continent. The logo of the apple is colorful, and features a distinctive blue color on both the label and the box. Similar to what they have done with the Pink Lady, Rice expressed his wish to adopt a universal logo for the new apple. The packaging would of course match that, so that it would be identifiable to consumers who would learn to recognize it far and wide.

Scott Swindeman, who is the vice president of Applewood Orchards, a company which will also be growing the Kiku apples, says that consumers have been expressing their interest in Kiku for quite some time now. He says that Dr. Jurgen Braun and his brother Thomas have been promoting the apple worldwide.

It was their father Luis who first discovered the apple back in 1990. A market owner based in Michigan contacted Kiku Europe, long before the apple became available in the USA. He asked for the information on their program, hoping to learn from their valuable experience. 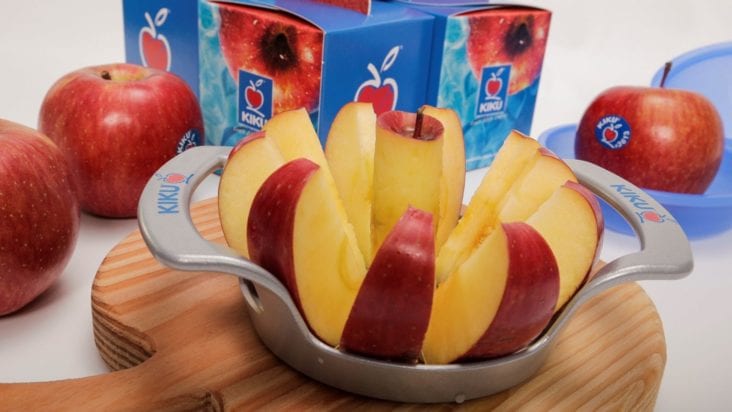 CMI is set to promote the initial release of the Kiku apple through the Fresh Apple Emotion campaign used in Europe, according to Mr. Swindeman. While the production increases in Washington State, Pennsylvania, Michigan, as well as many other states, CMI will lead and coordinate the marketing effort.

It will incorporate the sales and the marketing of Rice Fruit Co. and Applewood Orchards, Inc. CMI will also enhance this through the coordinated effort, with hopes of introducing the southern hemisphere countries to the yearly supplies of the Kiku apple.

“Very few will see Kiku at retail this year”, Swindeman adds. “Columbia Fruit Packers, Inc. has the biggest Kiku production currently, and it will be a couple of years before Pennsylvania and Michigan will be producing it. In markets unfamiliar with Kiku, we hope to provide an attractive package, exceptional eating experience, and a story behind the effort to sustain its horticulture, packaging, and marketing practices.”