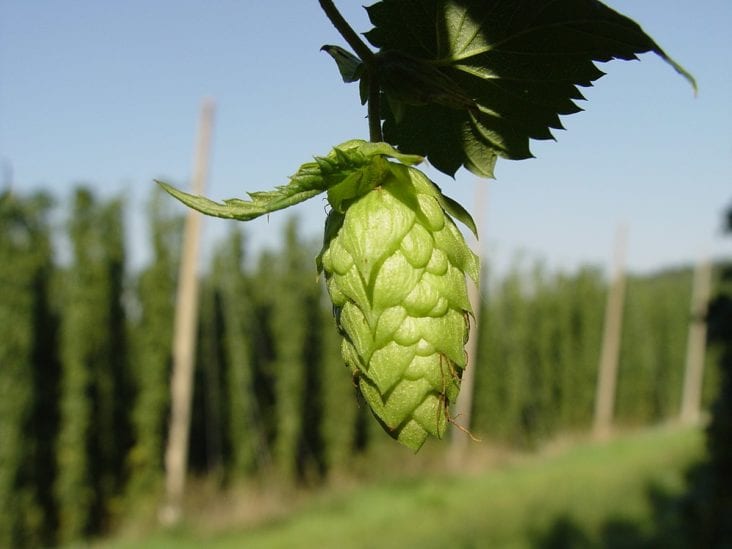 Oregon State University conducted a study that identified specific intake levels of xanthohumol, which is a natural flavonoid that is found in hops, significantly improve some markers of metabolic syndrome in lab animals, while also reducing weight gain.

A special issue of Archives of Biochemistry and Biophysics published these findings, which focus on “Polyphenols and Health”. They suggest that a possible new approach to elevated glucose, human obesity, and high cholesterol are possible.

The combinations of these three problems is collectively known as metabolic syndrome. These are closely linked to the majority of health issues and causes of death in the developed parts of the world today. Cardiovascular disease and type-2 diabetes are the most common diseases.

Details of the research

Test subjects were laboratory mice, which were fed a high-fat diet while being given varying levels of xanthohumol. When compared to the animals not given the supplement, the highest dosage given to the laboratory rats cut their LDL, also known as the “bad” cholesterol, by 80%, insulin level by 42% percent, and IL-6 levels, which is a biomarker of inflammation, by 78 %.

As they were still growing, on a rich diet, and gaining weight towards obesity, their weight increased, although by 22% less in those receiving xanthohumol. It is worth mentioning that all animals ate the same amounts of food. The intake of the xanthohumol supplement may have increased their oxygen consumption and metabolic rate, which has connections with weight control.

Cristobal Miranda, a research assistant professor with OSU’s Linus Pauling Institute and the lead author on this study, said, “This is the first time we’ve seen one compound with the potential to address so many health problems. These were very dramatic improvements.”

The researchers said that further research in necessary. “Work is still needed to further demonstrate the safety of high doses of xanthohumol, but dosages 15-30 times higher than we used have already been given to animals with no apparent problems,” said Fred Stevens, who is a professor in the OSU College of Pharmacy, a principal investigator with the Linus Pauling Institute, and the corresponding author on the research. “After further study, this might provide an effective treatment for metabolic syndrome at a very low cost.”

For the first time, one of the mechanisms of action of xanthohumol was discovered. It decreases plasma levels of PCSK9, which is a protein that plays a significant role in the cholesterol levels. Lowering the levels of PCSK9 should in theory increase the clear the blood of LDL cholesterol.

Metabolic syndrome, by clinical diagnosis, is defined as having three or more several conditions, like abdominal obesity, high blood pressure, elevated lipids, pro-thrombotic state, pro-inflammatory state, insulin resistance, or impaired glucose tolerance. Between 25% and 34% of adults in the USA meet these criteria unfortunately. This puts them at an extremely high risk of type-2 diabetes and cardiovascular disease.

Costs of health care from obesity or disorders related to it come together and form 10% of the USA health care expenses.

Xanthohumol is the subject of a hefty research because of its potentially great health benefits. Other flavonoids like those found in garlic, tea, chocolate, apples and blueberries are also the subjects of elaborate studies.

Xanthohumol is a natural ingredient in hops and beer. The highest level in the mentioned research was 60 mg per 1kg of body weight daily. This balance corresponds to 350 mg per day for a 70kg person. This dosage exceeds the amount which could be gathered from ordinary intake in a diet. That high of a level equals to 3,500 pints of per day for an average human adult.

The good news is that this amount of xanthohumol could be obtained in the form of a dietary supplement, taken once per day.

Stay tuned for more on this potentially global advancement in the treatment of some of the most serious diseases plaguing the modern world.