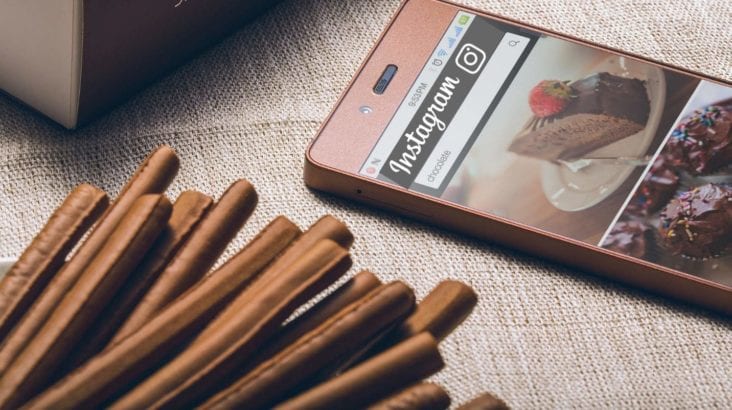 Food is more than just about fuel, it is an integral part of our lives and often accompanies much of the communication we do with others. Celebrations of religious events, important milestones, hot dates with the love of your life or just those meet-ups with your oldest and best friends.

All of these kinds of situations have one thing in common – they usually feature food in some form. Some food branding agency came up with cool campaigns, and they are pretty genius. Let’s check out some.

One interesting way information and modern communication are being used in connection to food can be found at Harney Sushi. Many people love trying new things. We do and you probably do too. When you visit a new place, it can be overwhelming if you are not sure what anything on the menu is and what you might actually like. The California-based Harney Sushi decided to make it easier for their customers, utilizing QR codes.

When you scan your smartphone over any of the QR codes that accompany their dishes, you will not only find out exactly what the dish is but also interesting information about where the sourced the ingredients from.

StreetSmart – Raising Money For a Great Cause

The StreetSmart campaign in the UK is a food-based initiative that is a particularly good cause. From the start of November to the end of the festive period, restaurants participating in the scheme add an extra £1 to each of their tables’ bills.

Why? All the money raised from this campaign is put towards helping local and national homeless charities. It began in 1998 and has raised a total of £6.3m since, providing help for more than 100 different charities. StreetSmart is an especially simple, but effective way for local eateries to give back to their community, because the money raised in a particular restaurant, stays in the area where it is located.

To help advertise and encourage people to take part in the initiative, partner publications such as  Squaremeal.co.uk, The Evening Standard and TimeOut all list the restaurants participating.

Conflict Kitchen and communications, whether they are cultural or political, are regular bedfellows. Serving dishes from the various countries that conflict with America, the Pittsburg-based restaurant in Pittsburgh does this to engage in the issues, politics, and culture of the country their menu focuses on at any particular time. They keep things fresh, in terms of both the food and discussions, by changing the country and its cuisine they focus on regularly.

Magnum first premiered their #BeTrueToYourself campaign last May at the Cannes Film Festival. This campaign involved people who personally identify as being gender nonconforming.

Although it was considered to be quite a bold move as the company normally relies on celebrity endorsements, the ad reached the 3 million mark in a short amount of time, and new people keep looking at it.