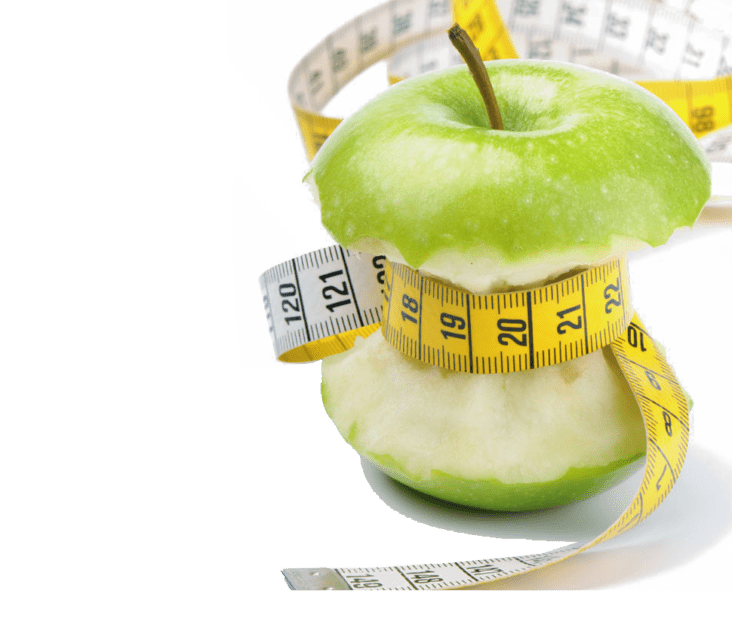 To understand the principles that John and Dorie Belisle have devised and applied over 20-plus years of apple farming, consider a phrase familiar to many agriculturalists: integrated pest management (IPM). Apple Management

IPM refers to a holistic approach to pest management – an information-based strategy of constant monitoring, ongoing adjustment to treatment protocols in reaction to results of that monitoring, weighing of costs against benefits, minimization of risk to the crop and environment of the orchard or field, environmental enhancements where possible, and other factors to arrive at a balanced set of actions designed to ultimately optimize the productivity of an agricultural enterprise.

Substitute the word “farm” for “pest” in the phrase and apply the same methods to the product and marketing side of the enterprise and you’ve fairly described John and Dorie Belisle’s approach to managing BelleWood Acres, the couple’s 62-acre apple farm in northwest Washington State, some 90 miles north of Seattle.

With about 31 acres actually planted in apples, BelleWood must compete in a marketplace dominated by giants; nearly 175,000 acres are planted to apples in Washington state with about 60 percent of those lands in orchards exceeding 250 acres in size.

To compete in that marketplace as a smaller operation and still have income necessary to make a living, the Belisles have developed, over time, a holistic approach to growing and marketing apples; they monitor all potential markets for opportunity, seize opportunity when it presents itself, measure costs against benefits, attempt to minimize risk by serving multiple marketplaces with products tailored to the individual marketplace, work diligently to be environmentally sensitive and, in the end, work to achieve balance in everything farm related from kinds of apples grown to the variety of marketplaces served to the overall productivity of the orchards.

John and Dorie’s approach to running their farm is no accident. According to John, the balance the two seek in their business enterprise is a reflection of what the two also work toward in their personal lives. “We believe we are what we do,” he said. “Everything is done with a commitment to a personal philosophy of responsible farming and the building of strong communities.”

The life partners were already seasoned entrepreneurs when they “…bought 30 acres of perfect soil in a perfect setting with our three perfect farmhands – our children,” but, when it came to growing and marketing apples, John and Dorie were pretty naive; they’d grown up in rural Wisconsin, took a year off to go backpacking, decided to build a boat and sail the world only to be frustrated by Dorie “…getting seasick just looking at the ocean,” and ultimately ended up in Florida owning a gas station. 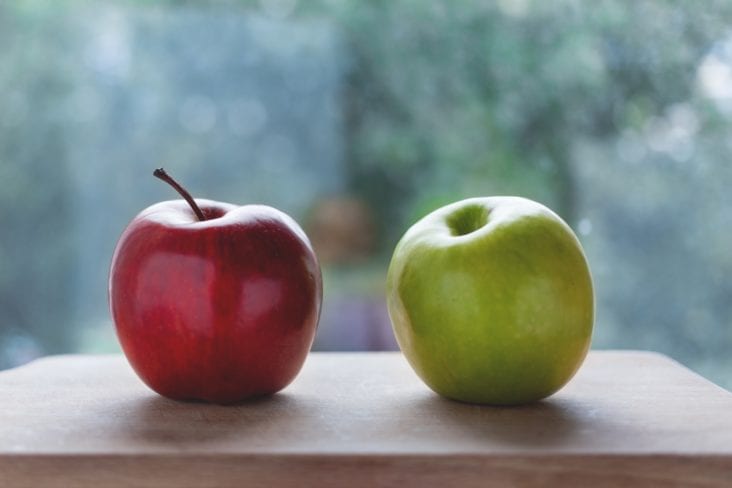 From autos to apples

Over the next 23 years the couple grew the station into a six-bay auto repair shop and developed proprietary software to manage the station – software they licensed to other shops in a five-state region.

In the mid-’90s, ready for a life change, John and Dorie heard about the burgeoning popularity of Jonagold apples, a variety that does well in the Washington coastal climate and was ranking high in taste tests nationally. After some research the two sold the repair shop, packed up the kids and headed for western Washington, about as far away from Florida as you could possibly go and still live in the continental U.S.

Describing that adventure John said, “We thought we’d go up to Washington and grow some apples, put them on a truck to the wholesalers in eastern Washington, and go to Hawaii for the rest of the year. What a silly fairy tale that turned out to be!”

Whatcom County and neighboring Skagit County are Washington’s most northerly coastal counties. In the mid-’90s about 400 acres were planted to apples in the two counties and apple growers were seeking more acreage to help achieve the mass needed to provide for a stable marketplace. “The apple growers already here were generous in sharing their knowledge,” Dorie said.

In 1995 the Belisles bought an old dairy farm and went to work. “In 1996 we began converting pastures to apple orchards,” Dorie said. “The first year we planted and the second year was mostly shaping. High-density Slender Spindle planting was the newest technology then so we adopted that. We aimed for about 780 trees per acre with trees planted at 5-foot intervals in rows 11 feet apart. The goal was to have the greatest number of trees per acre based on the equipment, the lay of the land and the quality of the soil.”

The wide-eyed dreamers thought they were on their way to achieving their goals when disaster hit. Beginning in 1998 and through 2000, John said the apple market sank and 27 percent of North America’s apple growers went broke. That’s when the couple had to call on the experience they’d gained as entrepreneurs in Florida. The Jonagolds planted in 1996 were coming into full fruit when the market flopped.

“We were growing a top-quality product because Jonagolds do great in a cooler, marine climate but the popularity of Jonagolds meant growers in warmer areas were planting trees and bringing an inferior, soft, product to market,” John said. As a result, it became obvious that growing apples for the conventional wholesale marketplace had become untenable as a long-term plan for profitability. Rather than mope about the market and a subsequent pest infestation that ravaged 35 percent of their crop one year, the two sought to achieve stability via a balanced market approach.

While some things have not changed, the BelleWood Acres of today is significantly different than the operation John and Dorie envisioned 20 years ago when they began planting trees. The farm’s slogan “Grown With Care, Picked For Flavor” is more than just an advertising slogan – it accurately reflects their business philosophy. “Everything at BelleWood Acres is done with a philosophy of strong community and responsible farming,” Dorie said. “We are active members in several local organizations involved in sustainable farming and are the first ‘Salmon Safe’ orchard certified in the state of Washington. We firmly believe in integrated pest management and practice the approach diligently.”

Quickly disillusioned by the grow it, pick it, send it off to a wholesaler and then go to Hawaii theory, John and Dorie called on their entrepreneurial experience to, over time, develop a multifaceted approach to marketing that, as is possible, balances risk and optimizes business sustainability.

Traditional wholesale is still important, according to John. BelleWood ships about 450,000 pounds of fruit annually to wholesalers in Eastern Washington who rely on what the western Washington-like climates can provide for some species. John and Dorie have created a wholesale operation, making contact with and contracting to sell premium quality apples to a large, but still local, regional grocery chain, food co-ops and other outlets. Dorie said she often visits stores so that customers can meet the grower in person, ask questions and learn about what it takes to grow an apple. “That helps the store and it helps people learn about BelleWood,” she said.

A third “wholesale” outlet has gained considerable importance for BelleWood Acres recently. To date, BelleWood supplies apples for school lunch programs of five local school districts. The school program is an example, John said, of the importance of determining and addressing what a customer needs. The Whatcom County districts wanted to serve fresh, juicy apples to children but, John said, the cost was prohibitive, not so much because of the cost of the apples but, time and economic costs of slicing and dicing apples into portions appropriate for children. “We offer the districts high quality, but small ‘single-serving’ sized apples needing no preparation,” he said. “We filled a need, saved the districts money, and both the kids and BelleWood benefit.”

The rough introduction to the marketplace also led John and Dorie to explore retail sales. The response was immediate and encouraging but, Dorie said, required changes in the orchard, most notably in the mix of fruit grown.

A player among corporate giants

Today, as a result of the Belisle entrepreneurial approach to the challenges a midsize to small farm faces to survive in the age of corporate agriculture, BelleWood Acres has become a model for a multifaceted, holistic approach to growing and selling apples. The approach assures, as far as is practical, everything grown is used for some product and, when one market sector weakens, another sector is there to assume the slack.

On the growing side, the heart of the BelleWood enterprise is a 25,000-tree orchard planted with 21 apple varieties selected for their ability to contribute to the viability of the operation with a combination of early varieties, midseason and late varieties extending the season and leading to many visits per customer per season, rather than just one.

In addition to wholesale, the orchard supports one of the region’s largest U – Pick operations, an offering Dorie said draws visitors from throughout the state as well as from nearby Canada, with as many as 600 cars per day at the peak of the season.

In 2012 BelleWood outgrew its original farm store, constructed from buildings repurposed from the old dairy. A modern 14,000-square-foot farm store has become the centerpiece of the operation, offering an expanded farm market, meeting rooms and events center, a gift shop, a Country Café and a bakery. The ability to taste-test apples in the farm market draws U-Pickers into the farm store.

More recently BelleWood became Washington’s first true “Farm to Glass” distillery offering vodka, gin, brandy and liqueurs made from the farm’s own apples as well as from other locally grown fruits and berries.

The point of the whole effort, John and Dorie said, is to create synergies between the various parts of the operation. Whenever possible, Dorie said, an effort is made to stress the variety of experiences available at BelleWood Acres. “We want people dropping by multiple times throughout the year. And we want to broaden the experience when they do come in; we provide something everyone in the family can enjoy.” Essentially, building business sustainability means building community.