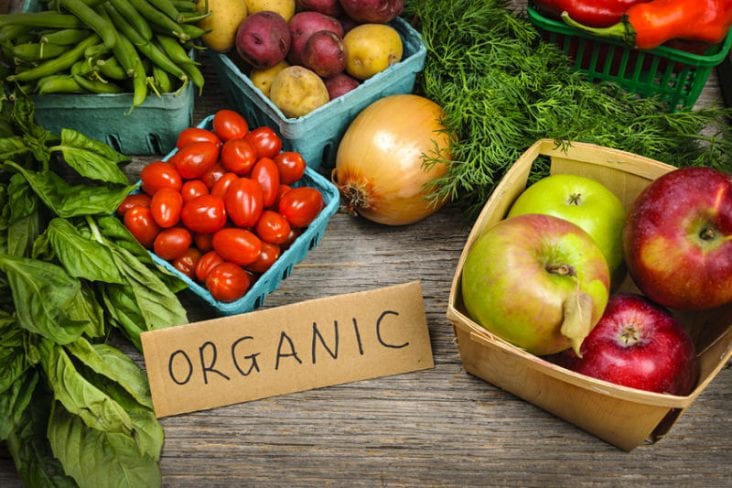 Sage Creations Organic Farm based in Palisade, Colorado wholesales nationally more than 40 varieties from nine-acre farm markets a host of value-added products, including lavender wreaths and lavender-derived aromatherapy and bath and body oils. Lavender is one of the farm’s mainstays.

The farm’s owner Paola Legarre has devised a marketing plan that includes a new email and Instagram blog this year. In addition to the website (http://www.sagecreationsorganicfarm.com) and farmstand, she has built a Facebook page, and frequently uses Pinterest.

Agritourism is a growing business in her part of the country. Every year in mid-July, Palisade has a Lavender Festival, and The Fruit & Wine Byway, (http://americaswinetrails.com/wine-trails/colorado-wineries/palisade-fruit-and-wine-trail/), draws extensive summer traffic. She capitalizes on this proximity, running a U-pick lavender operation and hosting her own on-farm lavender festival on the last day of the town’s festival.

Legarre knows she must reach well beyond her western Colorado town to succeed with her business. The web provides that reach.

Legarre’s website provides a complete history of the farm and details its operations. It also features products and price lists and links to an active blog she uses to update and promote the farm and farm stand’s product availability.

“I use my farm’s Facebook page (https://www.facebook.com/SageCreationsOrganicFarm) to talk about what’s going on at the farm and to promote upcoming events,” she said.

Legarre is just getting started on Pinterest (https://www.pinterest.com/legarre/), a website devoted to user image collections uploaded or gathered from the web. Collected images, called pins, are gathered in collections called pinboards, which can be useful for businesses that benefit from visual product presentations.

Legarre uses it to drive traffic to her website. “I tag all the crafting and gardening material on my website to draw people to it,” she said. “Much of it deals with floral arrangements and crafting.”

Her email blog will target the customers she knows want to hear from her wholesalers and long-standing customers. One of her plans is to provide them with advance notice on promotions and specials.

As much Legarre is already doing, she is considering even more outlets.

Online shopping is now as much as part of the retail landscape as grocery stores and fruit stands. More consumers are turning to connected devices such as computers, tablets and mobile phones as a means to seek prices, compare products and purchase goods.

UPS recently released its 2015 UPS Pulse of the Online Shopper study. Together with http://comscore.com, a digital media analytics firm, it surveyed 5,000 U.S. consumers about what they liked and disliked about online shopping.

For one, this group of consumers is fully wired. Nearly 85 percent have desktop or laptop computers, 74 percent own tablets and 65 percent have smartphones.

An overwhelming majority of online shoppers (93 percent) prefer shopping at small retailers. Of interest to farm marketers, 40 percent of these people did so because they wanted to support their community and small business.

One of the newer business models gaining ground in the online marketplace is called convenience commerce, or services providing customers with products automatically, at predetermined times. If this sounds like CSAs, that’s because that is what they are.

LocalHarvest (http://www.localharvest.org) of Santa Cruz, California, is a virtual farm market. Its “building” is a website and the stalls its members occupy the range from billboard-style advertisements to direct sales pages.

In business since 2003, Erin Barnett, LocalHarvest’s director, said, “When we got started, no one used the Internet to market food, and people accessed the Internet with dial-up.”

Sponsored subscribers also get search engine optimization to assure their listing will be at or near the top of search engine lists for local farm produce sources.

LocalHarvest experienced rapid initial growth. Barnett credits it to their clients’ perception that “we were not after a quick buck.” Growth began on both coasts and grew inward into the Midwest.

In 2008, the company kicked off its online catalog sales business, earning its money from a commission on sales.

Its core emphasis is the word local. “We do not accept listings for products available nationwide,” Barnett said.

The user agreement also informs clients their customers will post reviews of their services on their LocalHarvest pages, which will only be removed if they contain profanity.

Set-up is easy. Subscribers enter information via an array of web forms. Pages use a standard layout or template, containing photos, a short description of the farm and a tabbed, seasonal product listing; some even feature blogs.

When it comes to websites, site promotion is what brings customer traffic to websites, and social media offer the best tools for doing that. Don’t look for fast increases in web traffic because using social media to create relationships with customers takes time.

Why bother? According to the 2014 Pew Research Center of Internet, Science and Technology’s Social Media Update, 58 percent of all Americans use Facebook while nearly 20 percent use Twitter.

Media that delivers those kinds of day-to-day, Super Bowl-like audiences is worth the time and money. They are equally useful for reaching local audiences.

Jana Nairn is the CEO of Ag Link (http://www.aglink.com), a local produce distribution business she and husband Rob founded three years ago. The Bellico, California, couple farms 200 acres of almond trees in partnership with Nairn’s parents.

The firm grew out of a new USDA school lunch regulation requiring more fresh produce in menus. Their business is based primarily in produce but is expanding into milk, cheese, and eggs. “For now, we mostly sell tree fruit, stone fruit, melons, berries, row crops, and leafy greens,” she said.

Theirs is a web-based market aimed at bringing local food producers together with school district purchasing agents to facilitate sales. Farm To School pairs 75 school districts with 50 local farm suppliers.

In mid-June, the Nairns launched a new venture called Ag Link Food Hub. Instead of focusing on school districts, they expanded their customer base to include restaurants, hospitals, colleges and universities. Eventually, they’d like to sell to consumers.

Nairn says they use social media to build brand awareness and to chase traffic to their website. “We have a small sales force,” Nairn said, “but the majority of our sales pass through [our web] site.”

Nairn says Facebook is useful for reaching 30- to 40-year-olds and especially moms. To reach millennials, Twitter is her medium of choice. She’s looking at Instagram to reach the youngest of her customers, aged 25 and below.

While farmers have embraced websites, Facebook and other social media as a marketing and promotional tools, they have not yet discovered an even greater boon to reaching consumers – smartphones.

According to a 2014 Toluna survey, two-thirds of U.S. smartphone users check their devices within 15 minutes of waking and sleeping, making smartphones integral to modern life.

It should come as no surprise that smartphone users, on the whole, tend to be dissatisfied with screen size. UPS found nearly 40 percent of those who purchased goods using smartphones preferred doing so on websites designed specifically for mobile media.

It is also worth noting there is a general trend in smartphone manufacturing toward increasing screen sizes.

Despite this dissatisfaction, 41 percent of online shoppers use smartphones to research online purchases while 30 percent use them to make purchases. It is smartphones’ convenience that seems to be driving the use of a less-than-optimal shopping tool.

These shoppers, like everyone else, like coupons when they can find them. Fifty percent of mobile users say coupons are an important part of mobile apps and nearly 40 percent redeem those coupons.

Nearly 60 percent of online shoppers use tablets for product research and just over 45 percent used them to make purchases. More than half of these shoppers prefer using full websites rather than their mobile counterparts to shop.

Consumers also use mobile devices when they are shopping in stores. Nearly 30 percent reported using smartphones to compare prices whether or not they are visiting a store.

But they are also useful as marketing tools. A year ago, Nairn created a smartphone app called Ag Link Connect (https://itunes.apple.com/tw/app/ag-link-connect/id913927527?mt=8) to make it easier for purchasing agents to locate and buy products through their service. It features a map depicting local produce sources in California’s Central Valley, as well as coupons, an event calendar, notifications and interactive games.

The app will be a boon to their new food hub because the industries they are looking to serve have already embraced mobile media as a necessary tool for attracting customers. “Our mobile asset is absolutely necessary to our operation,” Nairn said.

Marketing and promotion is only the beginning. ComScore media analytic research shows consumers are very interested in what some might call the bleeding edge of this technology.

For example, one-third of all shoppers are interested in shelf labels readable by mobile phones; 27 percent would like in-store touchscreens to provide information, make purchases and arrange deliveries; and 26 percent would like to pay for purchases with mobile payment services.

Get in the game

According to the U.S. Department of Commerce, annual online retail revenue in the United States totaled nearly $309 billion, 15 percent more than the previous year.

Websites, Facebook pages, and Twitter are no longer considered novel promotion outlets. Though not quite relegated to the realm of traditional advertising tools, such as print and electronic media, they are certainly mainstream tools.

The newest new thing is mobile. Mainstream online purchasing is routinely referred to as e-commerce. Using smartphones and tablets to shop is so big it has earned its own designation: m-commerce.

According to comScore’s State of the U.S. Online Retail in Q1 2015, m-commerce totaled $11.1 billion in the first quarter of this year. The company also found the majority of mobile time engaged in shopping was spent on retailer apps.

There’s money in m-commerce and the means to those profits lies in mobile apps.