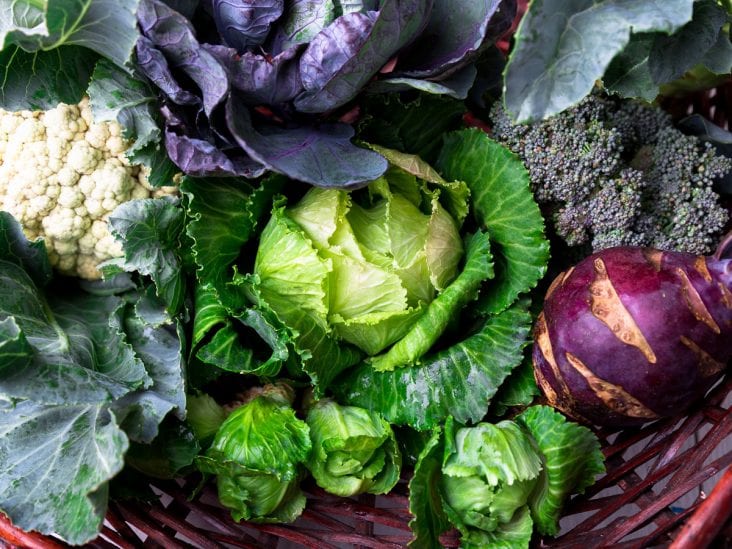 Cruciferous vegetables—including broccoli, brussels sprouts, cabbage, cauliflower, collards, and kale excel in nutrition and versatility. Due to their popularity, many growers have increased their acreage.

But various diseases can limit their production. Two of the most troublesome, black leg and black rot, can be seed-borne. The fungus, Phoma lingam, causes blackleg. The symptoms often start with depressed, circular brown lesions at the base of the stem. As the lesions enlarge and girdle the stem, the stunted plant wilts and the stem topple over. Tiny black dots speckle the foliage and stems. The spherical, dark structures appearing on the lesions contain the fruiting bodies of the pathogen. They exude masses of pink spores in favorable conditions. The disease destroys the stems’ water-conducting ability. When cut open, the stems reveal its blackened xylem. Cool, moist conditions heighten the development of blackleg.

The bacterium, Xanthomonas campestris pv. campestris, causes black rot. Although symptoms can vary with the plant type, its age, and the environment, typically angular, often V-shaped chlorotic lesions appear at an early stage along the leaf edges. Leaf veins darken. The bacterium moves through the leaf then invades the entire plant. The yellowing leaves turn tan or brown, wither, and drop. The vascular tissue of black rot infection, too, shows discoloration when the stems are cut. In contrast to blackleg, warm, humid conditions favor black rot development.

Splashing rain and water from sprinkler systems spread both diseases. The wind carries the black leg spores, furthering the destruction. The pathogens of both blackleg and black rot overwinter on the seed, soil and plant debris. Growers should consult their local extension educators for current recommendations for chemical and biocontrols because of regional conditions. Copper-containing fungicides have been successful in various plantings.

In managing both these diseases, prevention is particularly important. Using disease-free seed and transplants heads the list of control recommendations. Assays to determine cleanliness, hot water or chlorine seed treatment, and Western seed reportedly are not always completely effective. Also, the treated seed may reduce germination. Plus, several fungal diseases, which include black leg, have been recently observed to re-emerge in some seed production fields in Western Oregon. This observation, reported in the American Phytopathological Society’s August 2015 meeting, noted blackleg on the host’s oilseed, cover, forage and vegetable Brassica seed crops, and field mustard.

Cultural practices such as wide plant spacing for increased air circulation to avoid the spread of disease, and planting in well-drained soil and or in raised beds to help curtail disease development can help manage any damage. Controlling weeds, avoiding overhead irrigation and handling wet plants minimize risk. Destroying diseased plants and crop residue, plus maintaining good sanitation of plant beds, in general, discourage these as well as other diseases. Deep plowing to fully decompose debris can ensure against the survival of the pathogen in the soil. Rotating crops for two or three years with a non-host is recommended. Resistant or tolerant cultivars should be used if possible; several cabbage cultivars have resistance or tolerance to the pathogens.

Researchers have been conducting trials and developing tools to better understand and ultimately control these and other diseases of cole crops. Professor Christine Smart, Plant Pathology and Plant-Microbe Biology, Cornell University, has studied many of these diseases. On her recent black rot research, she reports, “Black rot causes significant damage annually to cabbage and other brassica crops. The bacterial disease thrives in warm wet weather and we have seen serious damage in New York in both 2014 and 2015. Recent work in my lab by technician Holly Lange and graduate student Matt Tancos used a gene sequencing strategy to identify the most likely source of the pathogen in New York each season. Isolates were collected for 10 years, from 2004 to 2014.”

Dr. Smart further noted, “We found that while the pathogen can overwinter in the soil in New York, excellent rotation practices by growers have reduced the persistence of the pathogen on a farm. New strains of the bacterial pathogen were identified in the state each season and were commonly isolated from farms with black rot outbreaks. This highlights the importance of crop rotation and scouting even at the transplant stage to identify outbreaks as early as possible.”

The Smart Lab at Cornell has developed techniques to detect plant pathogens in soil, irrigation water, and plant tissue, plus the effects of cover crops on disease suppression and the expression of specific plant and pathogen genes on disease resistance. Dr. Smart has also researched Alternaria leaf spot on cruciferous vegetables.