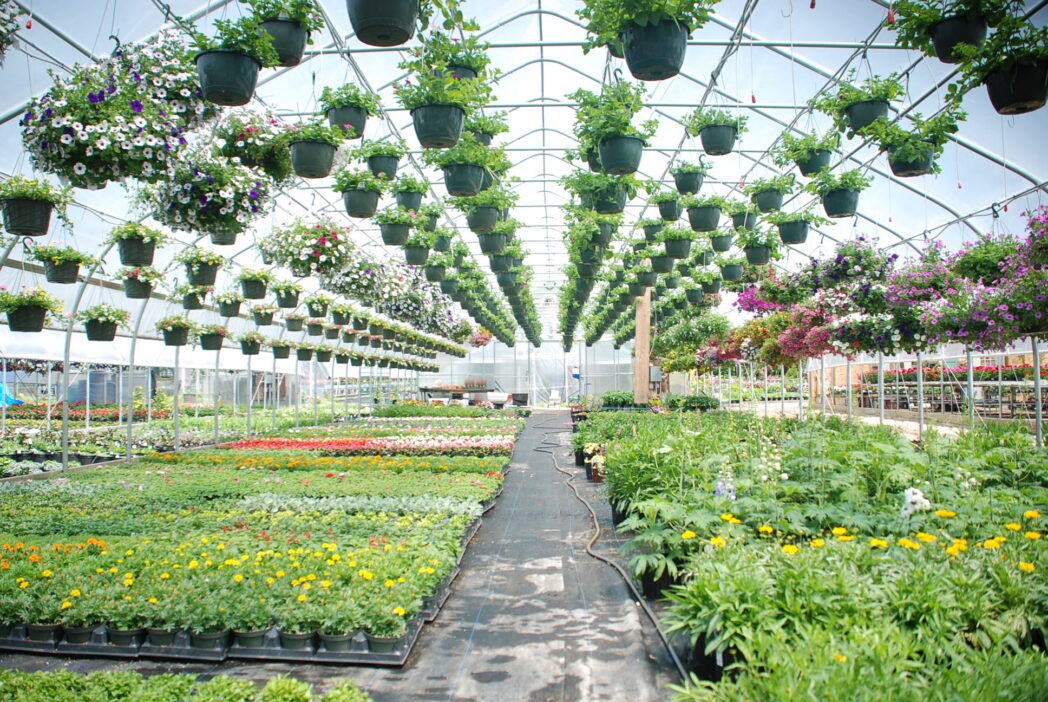 At the time of writing, it is February and the winter season is still kicking with snow outside and temperatures that drop below zero. Some people love the winter seasons while others not so much. I think that we can all agree that gardeners are especially not interested in the winter season. Why? Well, because of those cold temperatures, whatever the gardeners try to grow outside, it immediately starts to wither. Fortunately, greenhouses exist which can allow you to grow almost anything you can think of.

However, there are some flowers, trees, and plants that do not exactly thrive in a greenhouse setting. So, if you plan on going anything during the winter season in a greenhouse, it is probably a good idea to do some research on what exactly you can and cannot grow. Otherwise, you will just end up wasting an unnecessary amount of money on seeds.

To help with that, I wrote this article to tell you about things you can definitely grow inside of a greenhouse, especially during the winter.

Potatoes are quite a popular vegetable that is regularly grown everywhere across the world. It is simple for planting, requires very little maintenance, and is easy to harvest. What is there not to love about potatoes? You can also bake them, fry them and boil them. Whichever way you prepare them, they come out very tasty.

Of course, you can harvest your potatoes even during the winter season when the temperatures drop well beyond zero, but they will not be as tasty and big as they would be in a warmer setting. This is probably why a lot of gardeners like to plant their potatoes in a greenhouse.

So, if you want to get those tiny and fresh potatoes, you should definitely consider planting them inside of the greenhouse instead of outside.

One of the things I hate about winter is the fact that there is not a lot of vegetables available to make a salad. Tomatoes are almost nonexistent when it is cold, cucumbers grown and winter does not exactly taste great and even carrots are scarce. Of course, there are a lot of other types of salads possible, but these are some of the worldwide favorites.

However, fortunately, tomatoes, cucumbers, and carrots can be easily grown inside of a greenhouse. In fact, the tomato is probably the most commonly grown plant inside of a glasshouse. Everyone loves this vegetable (some would say fruit), so there really is no reason why you should not consider harvesting this.

However, if you are looking for consistent growth, you should be very careful with the temperature. The temperature is to be regulated very frequently in it always needs to be at least over 60°F. Anything below that could kill them. Keep in mind, proper ventilation is also very important as suggested by Sierra Greenhouse, especially for tomatoes.

Carrots are much more durable since they grow underground, so you do not have to worry too much about maintaining them. Usually, carrots take around 3 to 5 months to reach their full size.

If you are also a cucumber fan, I recommend planning them somewhere in the late winter or maybe even in the spring. I know, that sounds a bit late, but they will come out much tastier if planted in early spring inside of a greenhouse and then moved outside when it is warmer.

Vegetables like tomatoes, carrots, cucumbers, and others require a lot of growth time so you can harvest them. Lettuce is the exact opposite because it can be harvested even after only six weeks of planting them. Yes, their growth rate is that quick. And that is not the only benefit. They’re also quite resistant to lower temperatures and to frost.

However, if you want larger and tastier lettuce, it is still recommended to plant it inside of the glasshouse instead of outside.

Keep in mind, it is much better to harvest them sooner than later. If you wait for full maturity, you will be disappointed because it is going to start to wither shortly after.

Another thing I should mention is the fact there are different types of letters and other similar greens. In my opinion, I think it is a good idea to get all kinds of seeds and plant them to see which one is going to work the best in the conditions of your greenhouse.

Similar to lettuce, spinach will also be available for harvesting much sooner than any of the other vegetables I mentioned above. They can endure lower temperatures, but if you want to eat them this winter, I suggest leaving them in the glasshouse. Spinach thrives when the temperature is just right.

If you are unable to maintain a warmer temperature inside of your glasshouse, maybe you should consider planting broccoli. Broccoli does not favor spring or summer which means that winter is the perfect time to start planting this vegetable. However, broccoli is quite picky, so if you leave it outside, it is probably going to freeze.

Instead, put it inside of the greenhouse and maintain its temperature somewhre between 50°F and 75°F maximum. Anything above that will slow down the growth process. We do not want that to happen.

If you are looking for something else that has needs similar to the broccoli, you should definitely get some cabbage seeds. Cabbage also prefers growing and lower temperatures and anything well above 70°F will slow it down. So, if you do not want to harvest tiny cabbages in the summer, I recommend that you be very careful of the temperature inside of the glasshouse.