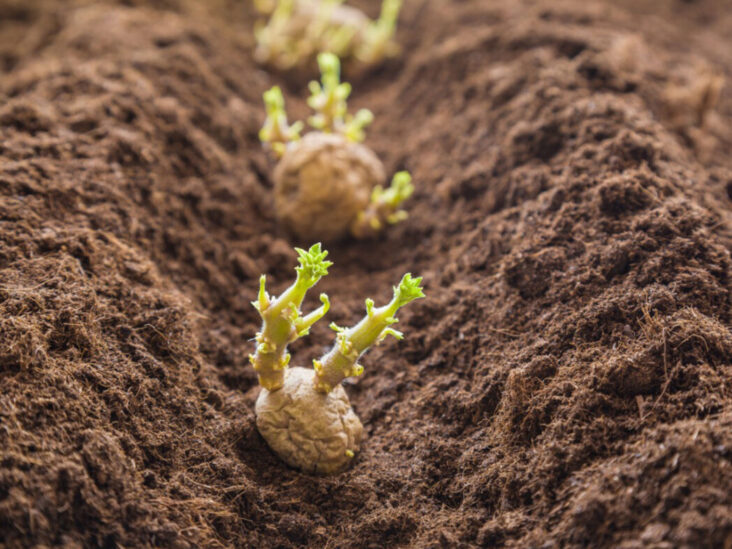 Although potatoes are among the simplest crops to cultivate, they are often cultivated by planting pieces of the root system, known as “seed potatoes,” rather than seeds released by the blooms of the plant. Vegetative multiplication of potatoes is a more efficient method of growth than planting seeds, and it’s also simpler for most amateur gardeners.

The home gardener is in for a real treat when they dig into a bag of freshly dug potatoes. However, you will have more success with your potato crop if you plant seed potatoes first. It’s easy and cheap to grow your own seed potatoes, but there are some things to keep in mind before you plant your first crop.

Potatoes are a staple of many cuisines, especially western cuisines like British and Scandinavian. The best chefs in the world all have a signature potato recipe in their iconic restaurants. Read more about the Best Celebrity Chefs and their restaurants over at Slingo.com

While grocery stores often stock just a few potato types, gardeners have their pick of more than a hundred distinct options when it comes to choosing seed potatoes. It’s a good idea to do some research on which varieties of potatoes thrive best in your area and which have the qualities and tastes you enjoy.

Seed potatoes are only as good as their origin. It may seem like a good idea to buy potatoes from the local supermarket and use them as seed potatoes. Still, these potatoes have been chemically treated to avoid germination and have not been inspected for typical seed potato infections. You will need to choose a reliable seed potato vendor to get your tubers. These stores will provide seed potatoes that were processed to resist fungal and bacterial growth.

Some green thumbs save potato seeds for future plantings. You should try this procedure at your own peril. Without the ability to examine seed potatoes as thoroughly as commercial seed firms can, your whole crop may be at risk if the seed potatoes are infected with soil-borne illnesses.

When starting a potato crop, it’s best to choose seeds bred for the conditions in which they will grow. They ought to be natural as well. There’s no telling whether the ones from the grocery store will grow organically or if they’ve been sprayed with a harmful chemical.

If unexpected rains make digging difficult in your location, build a bed that receives seven to eight hours of full sun every day. Add some compost and a touch of organic fertilizer to help break up the clay and harden the soil.

Seed potatoes should be prepared for planting by being chopped into pieces about the size of an average egg, with at least one “eye” on each potato. They will rot in cold, damp soil unless you give them a chance to dry out for a day or two after being cut, so do that if you can.

Seed potatoes should not be trimmed before planting. It’s up to the discretion of the home gardener to decide whether or not to trim them. However, if you cut your seed potatoes, you may get a bit more use out of them and grow more potatoes from them, but you also increase the danger of infection and rot.

If you decide to cut your seed potatoes, each piece should weigh about an ounce and have at least one eye on each potato. Put the seed potatoes in a cool, wet place for about two or three days. In addition, now is a good time to dust the sliced seed potatoes with an anti-fungal powder. They need to be planted as quickly after curing as possible.

Chitting seed potatoes is a good way to get a leg up on the year if you live in an area where the temperature changes rapidly from hot to cold.

Sow the seed potatoes at a depth of 2 to 3 inches (5 to 7 cm) and at a distance of 2 feet (60 cm). Don’t worry if a mild frost kills any new growth that grows above the soil level. It is not possible to kill the potato plant, and new leaves will grow quickly.

Prepare a garden plot or a raised bed in the ground, then plant your seed potatoes in the straw. Then, burrow a hole no deeper than an inch for each seed potato. Some gardeners who use straw to sow seed potatoes don’t even bury the straw, but instead, scatter it on the soil surface. Afterward, cover the potato pieces with a layer of loose straw that is 5 to 6 inches in height. Straw should be added to the top of the bed as the plants develop to a depth of 8-10 inches, covering all except the top leaves. Even though straw makes a great mulch, you still need to water the bed regularly throughout the growing season.

Wait two weeks after the mature potato plants die at the conclusion of the planting period, then peel aside the straw to harvest your tubers. Easy cheese! One great method for sowing potatoes in a garden bed is to use straw.

After three months, you may harvest little, “fresh,” potatoes, but you should wait until the tubers turn yellow to harvest large ones. After around four months, depending on the length of the season, you may prune the plants and keep the potatoes in the ground to harden the skin. Please don’t wash the potatoes after digging; just give them a good shake to remove any extra soil.

Any potatoes that aren’t going to be used right away should be kept in a cool, dark, dry place, and checked every few days to make sure they aren’t going bad.

Assuming you follow these basic steps while harvesting and sowing seed potatoes, you should have a plentiful potato crop for your next recipe.