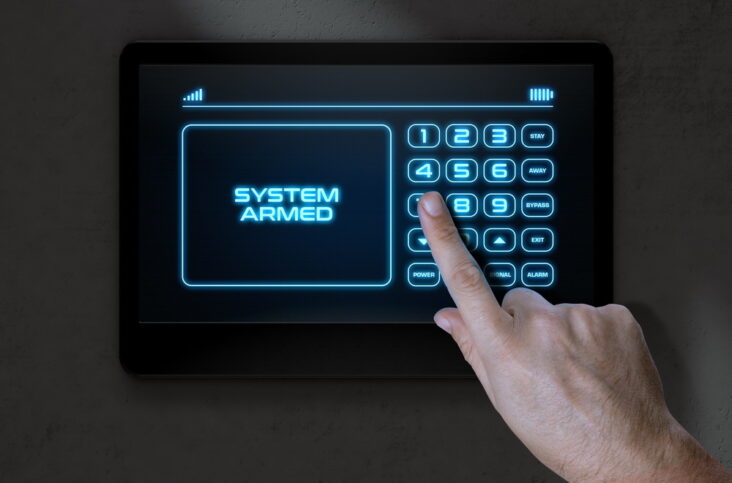 Back in the heyday of professionally installed security systems, most equipments was wired. Systems communicated with the outside world through a landline. Today’s systems are wireless. Moreover, fewer people have landlines than ever. So if you live in a city like Henderson, Nevada, could you have robust home security without a landline?

Statistics would suggest that the vast majority of existing home security systems in Henderson operate without landlines. It is simple math. In 2004, approximately 90% of all U.S. households had a landline. In 2019, that number was under 40%. Yet home security sales have continued to increase.

Home security sales increasing while landlines decrease leads to the inevitable conclusion that more people are opting for systems that do not require landlines to operate. They are choosing wireless systems that stay connected over the internet or via cell phone signals.

Security in a Landline World

Before the days of wireless home security, installing a security system was considerably more complex. Security in a landline world relied heavily on electrical and phone connections. You had to have both to make it work. So again, let us use Henderson as an example.

Assume a Henderson homeowner wanted a new security system. He would have to pay a security company to come to the home, install the system, and make sure electrical and phone connections were made properly. All the equipment would be powered by the home’s existing electrical infrastructure. If the power went out, a system without battery backup would go dark.

The system’s hub would be connected to the home’s phone line. If the system triggered an alarm, it would automatically call a remote monitoring center. A representative would answer the phone while the company’s computer system would begin assessing the alarm. If the phone lines went down along with the power, such a system would be completely useless.

Wireless Security in the Modern World

When you understand how wired security systems worked, it becomes easier to appreciate just how much the wireless revolution has done for security. What if that same fictional Henderson home had no home security system until 2022? The homeowner today would be dealing with something entirely different.

The wireless concept has changed home security in many ways. First, individual components can communicate with the hub without wires. In the vast majority of cases, communication is maintained over a home wireless network. The same router that provides wi-fi access handles network traffic for the security system.

What if our fictional Henderson homeowner decided to leave town and move out to a remote area of Nevada? And what if that location did not offer access to broadband internet access? No worries. He could invest in a wireless security system that depends on cell phone signals rather than wi-fi.

Today’s cell phone technology is light-years ahead of where it was even just five years ago. And now with the introduction of 5G, there are very few worries about latency. The homeowner might not have 5G access in a remote area, but even 2G and 4G are more than adequate for wireless home security.

Home Security for the Masses

Security systems were prohibitively expensive when they relied on electrical connections and landlines. Installation was expensive for the simple fact that you had to pay a trained technician who knew a thing or two about electricity. Even surveillance cameras were more expensive. Why? Because they relied on closed-circuit television systems to work.

The wireless revolution has brought both equipment and monitoring prices way down. First and foremost, you do not have to pay for professional installation if you’re comfortable with a DIY security system. That saves money right off the top.

In terms of equipment, wireless surveillance cameras are a dime a dozen. They do not cost nearly as much as CCTV cameras. Wireless hubs are less expensive too, thanks to the competition between security equipment and smart speaker manufacturers. Everything is just cheaper these days.

A Henderson homeowner who couldn’t afford home security a decade or so ago can afford it today. Perhaps that’s why home security sales continue to rise. Now that people can afford it, there doesn’t seem to be a good reason to go without it.

Whether you live in Henderson or elsewhere, know this: a landline is no longer necessary to enjoy all of the benefits of home security. A high-quality wireless system will give you everything you need to protect against burglary, fire, carbon monoxide poisoning, and more. Furthermore, you can choose to either pay for professional installation and monitoring or do it yourself.

Your best bet for finding a good security system is to start with research. Look at companies that specialize in home security, as well as those that combine it with home automation. Vivint Smart Home is an example of a company in the latter category. If you are considering home automation as well, it might make sense to combine the two in a single purchase.