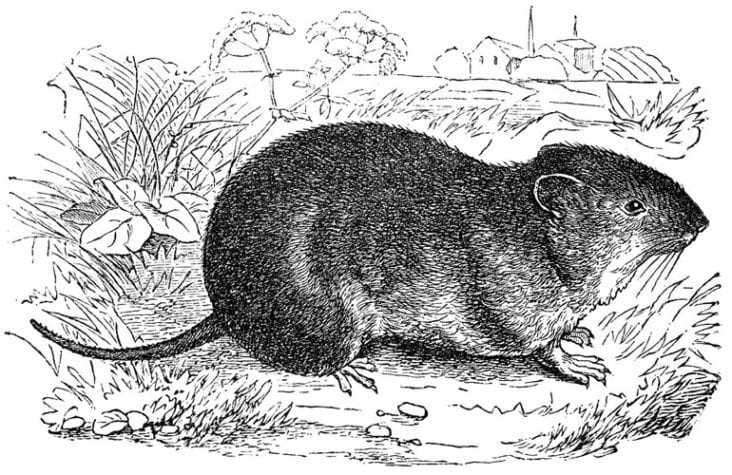 It isn’t just the insects that’ll get you. While orchard growers deal extensively with plum curculio, apple maggot fly and codling moth – just a few of the common insect pests responsible for crop losses – birds, large mammals and rodents can also do damage. Damage to fruit is a concern, but it is the damage to the trees that causes permanent harm. Creating an environment that is not inviting to pests can keep damage below thresholds needed for further intervention. Vole Damage in Orchards

As with insect pests, habitat management is the first line of defense.

“We’re seeing a larger number of organic producers out there,” said Charles (Chip) Lovell, district supervisor/certified wildlife biologist, USDA, APHIS, Wildlife Services in Wisconsin. Habitat management can prevent the need for further action, including rodenticides, whether a grower is certified organic or not. 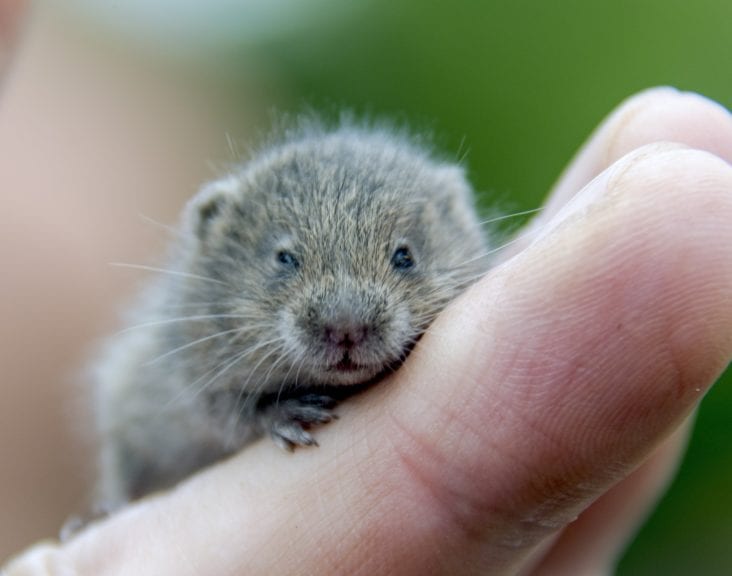 The most severe damage often occurs at certain stages of the orchard’s establishment, particularly in the seedling stage, but trees of all ages can suffer. Beaver, for example, can damage trees of any size. Moles, woodchucks and other larger, burrowing animals can cause root damage. Deer rub saplings and browse the stems and buds of fruiting trees or canes at any stage of growth, preventing fruit set and allowing disease vectors to enter plants. Bear typically eat the fruit, but have been known to chew on tree bark and seek sap at least from sugar maples. Rabbits chew on the bark of apple trees and on the canes of raspberries and blackberries.

But it’s the voles that tend to be the primary concern of orchardists everywhere.

Meadow voles, mice and mountain beaver, all common problems in the Pacific Northwest, can find orchard habitats quite inviting, Lovell said. These rodents have tunnel systems, both underground and at the soil surface, including through snow cover. They do not hibernate and will gnaw at the stems of saplings, rootlets and the bark of larger roots at the soil surface. There are several vole species, and the species of concern depend on regional and the general ecosystem characteristics. They can all cause similar damage to orchards.

Established plants may not die from the direct action of the rodents. Instead, the damage causes the plant to become more susceptible to diseases, to drought stress and insect threats. The rodents gnaw on the plants at or below the surface, gnawing at varying angles in irregular patterns, differentiating their presence from rabbit damage.

Winter, in many regions, provides these pests with snow cover, while also reducing their other food sources, so it’s imperative to have populations under control before cold weather, Lovell said.

The most effective solution is managing the habitat to prevent excessive vole populations from occurring. While pine voles live primarily underground, meadow voles and prairie voles are often the culprits causing orchard damage and are also known as “orchard mice.”

The telltale sign of meadow and prairie voles is their surface runways, noticeably due to the clipped vegetation. They require ground cover to move about unseen. They eat grass seed, tender pieces of plants from tree pruning and bulbs, which typically provides enough food in all seasons except winter, when they are most likely to require other food sources.

Keeping grass or ground cover both in and between orchard rows mowed regularly is the most effective means of preventing vole problems. This allows predators, such as coyotes, hawks and owls, to readily see the voles. While predation alone cannot reverse a very large population of these pests, it is an effective control in preventing population explosions when used in combination with habitat management. Providing perches for raptors, one per 2 acres, can assist in keeping populations manageable.

Brush piles, pruning residue, leaves, low-hanging limbs and vegetation greater than 6 inches tall, as well as snow, all provide protection to voles. Stones, no-till crop residues, heavy mulch and junk piles in and around the orchard are also conducive to vole populations.

If mulch is used, or if ground cover is grown in rows of trees, keeping it low and leaving several inches clear around the tree stems or canes of brambles is required.

When establishing new orchard plantings, an effective means of protecting the young stock from damage is to use tree wraps. Burying the wrap 6 inches underground can prevent voles from burrowing under them. While individually wrapping trees can be cost-prohibitive, especially in large commercial orchards, it does provide good protection, Lovell said. After a few years, most trees will survive some vole damage.

When are there too many voles? Can the level of damage be predicted, so growers can assess whether or not enough pest pressure exists to justify taking more extreme preventative action, or to require damage control?

The apple sign test helps growers assess likely levels of vole damage. The test involves placing a shingle, plastic pot or other covering around the orchard, at the rate of several dozen per acre, where signs of voles are evident. A piece of apple is placed under the covering, allowing the voles to nibble on it without detection. After several days, inspect the apples for signs of voles, recording data for each location.

Locations with excessive activity can be protected and/or treated, while areas where voles were not found to be active can safely be managed via habitat practices alone. By targeting areas for treatment where vole action is most significant, before widespread damage occurs, growers have a more cost-efficient and effective means of pest control.

It is recommended that the apple sign test be repeated every spring and fall.

When methods beyond habitat management are needed to control pest damages due to rodents, growers have several options. Trapping can be accomplished with a snap type of mouse.

Repellants can be effective when the population is not too high. But they are limited in effectiveness, often washing off in rain, and requiring reapplication regularly. They can lose their effectiveness after the animals become familiar with them or in periods of limited food supplies.

“The effectiveness depends on the time of year and what the food availability is,” Lovell said. If hungry, they “will eat no matter how bad it tastes.”

There are numerous commercial products for vole control. These rodenticides can harm other animals and cause harm to pets and humans. Bait stations can be used with chemical control methods and should be placed at the intersection of vole runways, beneath a covering. The voles must feed repeatedly on the bait for effective population control. Some of these products are restricted-use pesticides, requiring a license.

Voles are a serious orchard pest. Taking preventative measures can avoid the need and expense of corrective action. Monitoring activity to assess when that action is needed is a crucial component in orchard management.

Read more: Before You Start An Apple Orchard