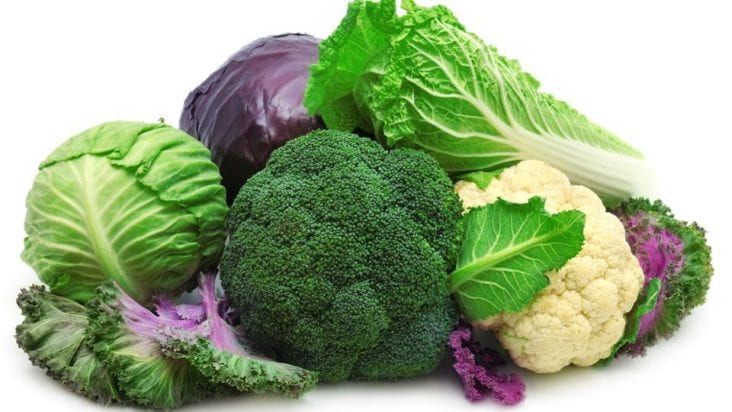 Insects chew or suck their way onto vegetables and diminish their aesthetic value. This is a no-no for growers who rely on unblemished produce and market to food companies. For now, though, let’s focus on pests that pose a threat to broccoli and cabbage.

Common pests that feed on young, green vegetables are aphids. These tiny insects can suck the life out of a plant. “They suck plants out from the leaves,” said Katy Overby, a horticulture Extension agent in the Prince Edward County, Virginia, office of Virginia Tech’s Cooperative Extension Service. “Leaves will curl and crinkle and form a cup. The cup will be lined with aphids.”

She, with the help of Clemson University literature from horticulture Extension agent Joey Williamson, indicated that if enough aphids are present and cause so much damage, the heavy infestation can kill a plant, or the plant won’t grow quite as well as if it were healthy. The result is a smaller and less yielding crop.

“If aphids don’t get to the broccoli head, they won’t cause as much damage,” Overby said, “but if they reach the head it would be a smaller head than normal or would be worthless.”

Usually, she said aphids land on the leaves before they enter the head of broccoli and cabbage. With the rapid sucking of leaf juice, aphids can make the plant less healthy, she added. Further, an unhealthy plant is prone to disease attack.

Aphids like cool, dry weather, causing the most damage at those times, and numbers on one plant can reach into the hundreds or more. Overby said aphids can reproduce rapidly.

Overby said cabbage loopers feast on the cabbage as well as broccoli, sometimes. Additionally, they like brussels sprouts and cauliflower. With the cabbage looper moth, a grower can identify this insect by looking for a silver spot on its front wing. She added that a moth can produce greenish-white eggs. The larvae have dark heads and clear bodies; however, the looper’s body turns pale green with stripes running up its body. Just hatched larvae feed on the underside of the leaf, Overby said. As they age and feed, they make their way toward the center of the plant and feed on there. When scouting for cabbage loopers, she recommended looking underneath the leaf first, as they like to feed there.

Another pesky insect is the cabbage webworm, which is persistent on plants. Overby said the larvae or caterpillar seems to affect plants the most.

The webworm moth has brownish-yellow and darker brown-gray wings, she said. The moth lays grayish-white eggs near the plant bud. As the plant matures, moths will lay eggs on the underside of the leaf. They are clearly identified by their blackheads.

Overby said cabbage loopers feed on the plant’s leaves first, then form a protective web and eat under it. Eventually, they will tunnel into the plant and may kill the bud of plants.

The cabbage maggot larvae are legless, white maggots, Williamson said. Also, they are blunt in the rear and pointed in front.

Search for these insects in the roots of the plant that they burrow into. That burrowing eventually affects the plant, which may look droopy and stunted. The plant could even die if the damage is severe.

The adult cabbage maggot resembles a fly that is dark gray with black stripes on the thorax. The problem with these flies is that they drop eggs on plants or cracks in the soil. Once they hatch, the maggots go to work on the plant’s roots.

The delicate-sounding harlequin bug is actually a stink bug with black and red markings on its back, according to Williamson.

Overby said the eggs of harlequin bugs may set up in double rows and resemble white kegs with black hoops. She adds that these bugs suck the juice out of the plant. The result is a wilted and dying plant.

Companion planting assists main crops in keeping insects away, said William McCaleb, a program assistant in the Master Gardener Program in the Halifax County, Virginia, office of Virginia Tech’s Cooperative Extension Service. He recommends basil and marigolds as companion crops to main plants including peppers, cucumbers, squash, and tomatoes. He even grows garlic to start cucumber from seeds to help deter deer.

McCaleb also suggests growers follow an integrated pest management (IPM) program to help protect pollinators such as honeybees. In other words, don’t spray unless it is necessary. Don’t just spray on a schedule whether pests are present or not, because you may kill beneficial insects. For the best-recommended control of the mentioned insects, contact your local Extension agent or specialist.