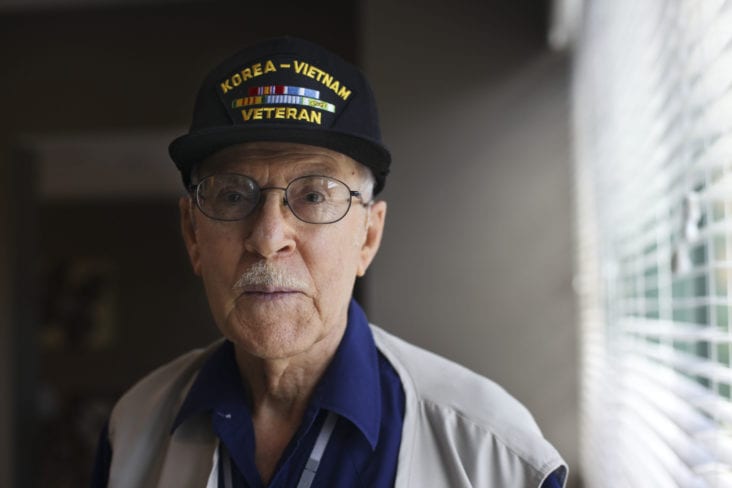 Finding their place in civilian life can be hard for veterans returning from war, but there’s a haven in rural Valley Center, Calif., about 20 miles from Camp Pendleton, where they can take stock of their lives, learn new skills and integrate back into civilian life.

“Most of the fighting in Iraq is in urban areas,” says Colin Archipley, a former infantry sergeant with the Marines, “so for returning vets, urban areas are very stressful. Here, they form bonds with the other guys, people who understand what they’re going through.”

Archi’s Acres is the labor of love of Archipley and his wife Karen. The couple bought the 3-acre farm with about 200 organic avocado trees in 2005, just before Archipley’s third tour in Iraq. Vets learn by working hands-on in the bio-hydroponic greenhouses and in the orchard, at the local community college and through partnerships with a number of local businesses.

The project began in the summer of 2007 in collaboration with the San Diego Veterans Affairs Healthcare System’s Compensated Work Therapy, but Archi’s Acres is doing some transitioning of its own. They’re in the process of re-contracting with the VA to be recognized as a specialized skills and/or voc rehab training program, and also have started the process of becoming a 501-c nonprofit.

“We felt the need for this,” Archipley says. “Job opportunities are few and far between for everybody, and the skills many learned in the military don’t always translate into civilian life. The unemployment rate among vets is 30 percent.”

The veteran community is a unique resource, he adds. “Veterans have been trained by the military. They have great leadership skills and a great work ethic. They know how to think on their feet, but the United States isn’t tapping into it. The government spends about a million dollars to train each person who’s deployed. If they spent a little more when the vets returned, they’d produce better taxpayers.”

Karen, a former mortgage broker, is involved as deeply as her husband. Both work on the farm, market the produce and do everything in between. “I’d always wanted to have an organic garden and a teaching center, but I’d pictured a yoga studio and herb remedy classes. Now I’m surrounded by military men in high-tech sustainable agriculture,” she says.

Neither has a background in agriculture. Archipley studied bio-hydroponics on the computer during downtime while in his last of three tours in Iraq. By the time he arrived back home, Karen had the well going and the avocados back in production. They built their first greenhouse, with the help of people who taught them how to build and operate it and started growing basil. “We’re still learning,” she says.

The property includes the avocado grove, two greenhouses and two shade houses. They lease a neighboring 3-acre property, which has three shade houses and a house they used to rent to vets in the program. Now it will be a transition house for veterans coming from other areas to stay in while they look for a rental to relocate here.

In 2009, the couple won two awards for their work. The nonprofit foundation San Diego EarthWorks, whose goal is to support public involvement in the environment through education and action, awarded them the EARTH (Environmental Action & Restoration That Help) Award for their growing method and their training program.

Vets for Peace gave them the 2009 Peace Day Award for outstanding service in helping the nation’s veterans, and they were just notified they are receiving the 2010 Peace Day Award from VFP.

About a dozen vets have been through the training program so far.

“The guys coming back from Iraq are fairly young,” Archipley says. “Some have physical health issues; some have problems with substance abuse; some have PTSD. Some just need to be in a stress-free environment to sort things out in their heads. They all want to participate in society.”

When Archi’s Acres partnered with the VA, all the vets came through the San Diego VA Compensative Work Therapy program, headed up by Jeffrey Scanlon, and the program was limited to 90 days, up to 40 hours a week. Partnering with nonprofits will give Archi’s Acres more flexibility in the ways they can help the vets and also will allow them to expand, Karen says.

“Our goal is to work with anybody looking to restart their career. We’re opening a VOC [vocational rehabilitation] with the San Diego VA Healthcare System, and EDD [Employment Development Department] Vet WorkForce for guys who come directly out of the military and don’t know what they’re going to do. They can come from far and wide, not just from the San Diego area.”

The Archipleys get to know and admire the vets who stay with them. “When they come here, a lot of them are transitioning,” Karen says. “The project offers them a bridge to regain their self-esteem and presence of mind. We have veterans who came out of our program fully employable with the skills they acquired here. Some located job opportunities on their own and some found work with our employment partners.”

The couple has gained the support of nonprofits such as Mira Costa Community College, which has put Sustainable Ag 110 and Crop Production classes on its fall schedule at the farm. The veterans take part in all aspects of operating the farm, including selling the produce at farmers’ markets. Toro Micro irrigation, which manufactures drip lines and drip tape, has shown them around the factory and trained them in irrigation installation techniques. They’ve learned about harvesting energy with wind turbines, pest management and construction.

“We are also looking for our veterans to learn the business side with the help of nonprofit, SCORE,” Karen writes. Both working and retired executives and business owners provide the vets with free training in operating a business. Other partners include contACT ARTS, a California-based nonprofit, Peets Coffee and Tea, Wounded Warrior Project, veteransgreenjobs.org, Dirtworks.net and Freedom is not Free.

They’ve also established relationships with employers who want to hire veterans who went through the program. John Deere Water and Kira Construction (www.kiraconstruction.com) have already hired some vets. “Our success rate is based in part on how many we can transition into full-time employment with their new set of skills,” Karen says. “For some, feeling better about themselves is the greatest measure of success.”

The farm’s main crop is still basil. Other crops include lettuce, chard, kale, mint, tomatoes, cilantro and parsley. They’re grown in greenhouses with a hydroponic technique called Nutrient Film Technique, in which organic tea nutrients are dissolved in pure, filtered water that is constantly recirculating through a 20-foot oval pipe. Every 10 inches, a plant grows through a hole in the top of the pipe and its roots grow into the nutrient-rich water. The water flows to a trough and then to a 500-gallon water tank and back to the pipe. The method uses 90 percent less water than conventional methods. Nutrients are added on a weekly basis.

Archi’s Acres still grows avocados, which are about 25 years old now. “We aren’t heavily reliant on them, Archipley says. “There’s a lot of competition from other countries and avocados require large amounts of water to become productive.”

They sell most of their produce at Jimbo’s … Naturally, the local health food store, Whole Foods and certified farmers’ markets. They’ve also started selling through a CSA (community supported agriculture) at the outlet store of the San Diego nonprofit, Green Beach America, which builds energy efficient, sustainable and barrier-free homes for vets.

The support is gratifying—and necessary, she says.

“I get calls from vets across the country who are so glad we’re here,” she says. “I want this program to become viral. I’d like to see vets go back to their own states and home towns, near VA hospitals. It’s all about igniting your imagination. You don’t know what the possibilities are until you try.”