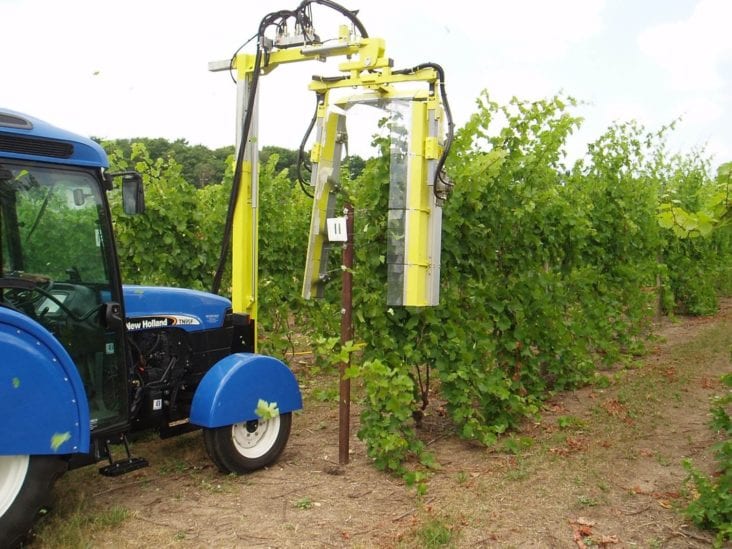 If it’s February or March, it’s likely orchardists are out among the trees, pruning. No matter the type of tree fruit, pruning in late winter helps to keep pruning injury and disease at bay – wounds will quickly heal as the tree breaks dormancy, bark will not injure as readily, and disease pressures are low – while optimizing the tree for fruit production. Summer Pruning

Read about:  Insects in Sweet Corn

“Summer is not the time for very heavy pruning,” said Patty Stimmel-Catalano, horticulture educator and master garden coordinator for Cornell Cooperative Extension of Chenango County, New York. “That should still be done while trees are dormant in February or March, especially with apple and pear trees.” 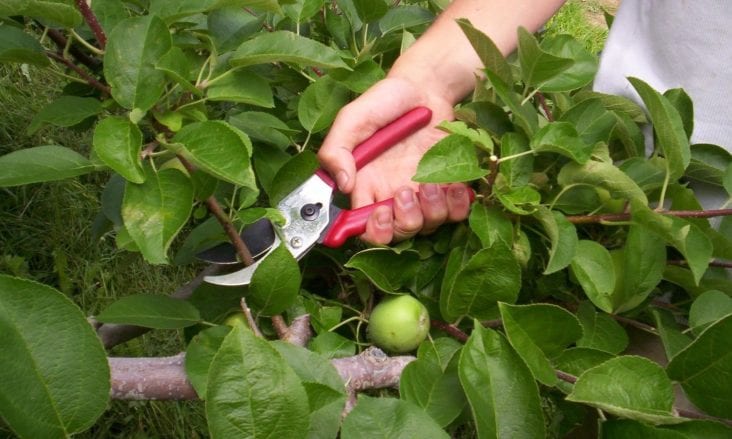 Dormant pruning is done on young and mature trees to encourage structure in the trees. This structure helps to keep branches strong and allows light to penetrate. Proper dormant pruning helps to increase fruiting and fruit quality. Trees can also be pruned for height. Summer pruning can be used to enhance these efforts and to eliminate immediate concerns from damaged or diseased limbs.

Young trees need more training, and summer pruning helps to keep them developing as desired. As trees mature, and as long as they’ve been routinely maintained, summer pruning may not be as necessary. Waterspouts should be removed immediately, as should suckers, as they develop in the growing season, no matter the tree’s age. These rapidly growing areas are susceptible to disease pressures.

Spring pruning of peaches while trees are in bloom isn’t technically summer pruning, but it isn’t dormant pruning, either. But once leaves are out, it can become clear that some trees have too thick of a canopy, and summer pruning is needed. Summer pruning also helps to retain fruiting wood in the interior branches of peach trees. Pruning off 3 inches of growth from the leafy shoots prevents the development of long, thin branches with fruits on the ends only.

Heavy dormant pruning of any fruit trees can cause them to react with vigorous vegetative growth. Some trees types are simply more vigorous to begin with, and often need correction in the summer to prevent canopy crowding. An open canopy reduces the opportunity for fungal disease to thrive. If the canopy isn’t thinned, fruit color can be impacted, which may be a problem for some markets.

Another reason to summer prune is to remove injured branches. Injuries make the tree susceptible to disease and pests, and a clean, proper cut encourages healing more quickly. Branches showing signs of emerging disease can also be pruned.

“Pruning damaged branches in a timely manner is important to the health of the trees. Creating a clean wound through proper pruning, which the tree can more quickly and easily heal, is a much better option than leaving a jagged branch,” Stimmel-Catalano said. “Make sure the cut is at the proper 45-degree angle, minding the bark ridge above and the branch collar, and use sharp tools for a clean cut.”

Insects and diseases are rampant in the summer, and growers don’t need to provide opportunities for infection.

“Never prune just before or just after it rains, or even when there is heavy dew,” Stimmel-Catalano said. “Whether pruning in summer due to damaged branches or thinning out excessive growth, do it when the weather is dry. Damp weather, whether from rain or dew, increases pathogen pressures.”

She recommends a guide, such as the New York State Integrated Pest Management Program’s Network for Environment and Weather Applications, where growers can find pest forecasts based on their region and their weather.

Pruning too late, or too hard, during the growing season can have detrimental effects. Late-season pruning will mean new growth is susceptible to winter kill. And pruning too much will cause a lot of new growth to occur.

“Pruning any tree creates a reaction in the tree. They respond by putting on all sorts of new growth,” Stimmel-Catalano said. “Save hard pruning for the dormant season. Don’t prune any later than July or maybe mid-August,” depending on your exact growing region and microclimate.

Trees grown in a high-density systems, such as the tall spindle system, may benefit from different summer pruning techniques. Dr. Terence Robinson of Cornell University has researched the summer mowing of tall spindle apple trees, which involves opening the fruiting wall canopy without causing the tree to respond, using mechanized pruning. The system is meant to reduce pruning costs, while improving fruit quality.

Whether needed to prune out vigorous growth, repair broken limbs or to reduce vulnerability to disease, summer pruning can benefit fruit trees. By following some simple guidelines, growers can successfully prune fruit trees in summer without negatively impacting fruit production or overall health.

Read more: Timely Pruning May Save Your Plum Trees