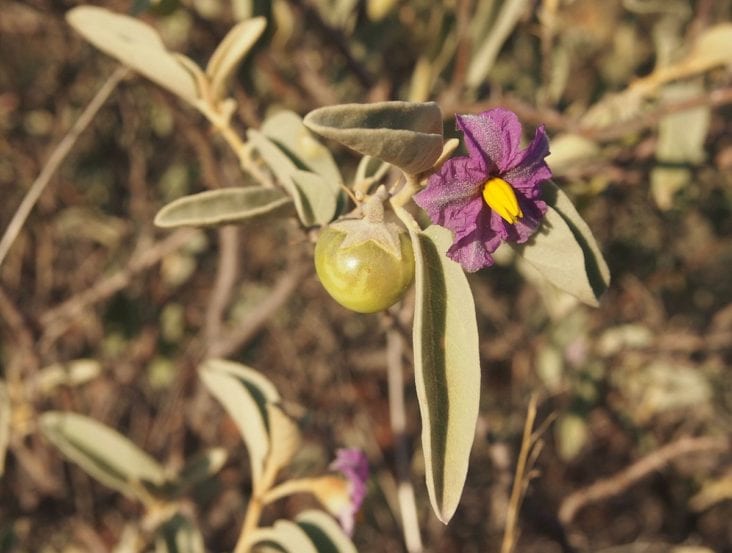 A look at the Roughwood Seed Collection

Of his own efforts in this first time, hands-on heirloom gardening workshop at Roughwood, his c. 1805 National Register of Historic Places home in Devon, Pa., he concludes, “It was a Quaker lunch – but I gave them the best of what I had.”

He serves up lessons in any number of topics that swirl around growing, too.

Weaver is a nationally noted food historian, culinary author, editor and educator. In September 2010, he delivered a series of lectures at Jefferson’s Monticello in Virginia and in October released his 15th book, “Culinary Ephemera: An Illustrated History.” He’s also in the midst of launching the Keystone Center for the Study of Regional Foods and Food Tourism.

He also carefully maintains the Roughwood Seed Collection of over 4,000 heirloom food plants. He inherited the collection from his grandfather, H. Ralph Weaver, a man he’d call a botanist, though he was an amateur.

“I grew up on his knee and learned what no one else did,” Weaver says. “I learned to read plants and to be in touch with nature. When he died [in 1956], we found the seeds in his freezer – in my baby food jars – all meticulously labeled. I brought the collection back from the dead – though in the beginning I killed lots of rare things. I was a beginner.”

However, he’s a beginner with the greenest of thumbs in his genes. He’s related to William Darlington, the pioneering botanist of southeastern Pennsylvania, and a direct descendant of Longwood Garden’s Pierces, as well as William Brinton, the founder of scenic Birmingham Township, Chester County, Pa., the scene of the Revolutionary War’s Battle of the Brandywine.

Among his rarest seeds are Hungarian Rice Bean (a miniature bean with seeds like white rice), Tutello Strawberry Corn (a rose-pink hominy corn from western Maryland and southwestern Pennsylvania), Virginia Maycock (one of the original native American squashes), Mosbacher Kale (a rare German kale that’s as tender as lettuce), Quaker Pole Bean (an old Chester County, Pennsylvania variety from Northbrook), Violet Syrian Carrot (known to the ancient Greeks), Cypriot Wild Oregano (a distinct species found only in the Troodos Mountains of Cyprus), the Governor Pennypacker Tomato (developed in Bucks County, Pa., between 1907 and 1910, but never released commercially) and Dwarf Alpine Barley (from the Romansh- speaking area of Switzerland).

Roughwood is a private research seed collection, not a seed company. Weaver doesn’t yet offer seeds to the general public, but rather exchanges seeds with foundations and organizations like Monticello or Colonial Williamsburg. Also, the Keystone Center will have demonstration gardens at Kutztown University, Kutztown, Pa., where much of the collection will be grown out.

“At that time we may begin to offer seeds,” he says. “Meanwhile, the people who take my heirloom gardening workshops are given the opportunity to buy seeds. They also get to taste the fruits and vegetables because their lunch consists of regional recipes that utilize Roughwood’s heirlooms.”

Good seed still needs good soil to produce a good plant that can then continue a line of good seed. That’s why during his workshop Weaver has shaken up two Mason jars of soil samples from his plots to examine the silt, sand and clay content. “Ten percent organic material is a healthy number,” he says.

Since 1979, he’s been amending his soil with gypsum to break down clay content, then using a topdressing of horse manure. “Your soil is a living thing,” Weaver says. “It’s not moondust.”

Cow manure can actually burn vegetables. His grandfather used pigeon droppings (or chicken), but it has to compost first because initially it’s too rich. It needs to leech and age in the ground.

“A good freeze in the winter and then a thaw helps,” says Weaver, who will often add in oyster shells for calcium content and wine corks. “Good horse manure is the best. Mine is eight months old when I get it. I add it on top in the fall, then by spring it’s decomposed enough to plant in.”

A craft that’s important, but one we’ve lost, Weaver says, is the ability to select plants that can perpetuate themselves through careful seed selection.

“You may not care about a plant you eat, but I care,” he says. “The most beautiful plants in our gardens are the ones we save for seed. The ugly ones get eaten. Sorry, it’s the eugenics of plants.”

He guards his stash with his life: “I have things no one else has, and if I lose something, it’s gone,” Weaver says.

Every grower’s situation is different, but in his line of thinking, why should he grow zucchini when there’s tons of it at a farmers’ market. “I grow the unusual,” Weaver says. “Sure, you can grow four squashes, but maybe choose the less common species; and avoid crosses, they give you mongrels, which might look interesting, but they don’t taste good, so why bother?”

His property in the heart of the historic Main Line of Philadelphia was once a grove of American chestnut trees. With a southeastern slope, and the resulting direction of southern exposure air, he typically benefits from another two weeks of growing (and harvest) into Thanksgiving.

Weaver plants in 20-plus raised beds. Never worry about how high the soil gets, he says, but make sure the ground is level, “even digging the beds out and starting over if you have to,” he says.

In the off-season, he plants cover crops. He likes buckwheat, which he then uses as a green manure and turns under the following spring. It’s similar to when he puts straw around his tomatoes, then leaves the straw after harvest and later turns it under. “Plant grains in the fall and let them overwinter,” Weaver says. “It does make a difference. Where wheat goes, I will plant potatoes the following spring, and they’ll love that.”

However, where he plants tomatoes, which suck up nutrients, he doesn’t plant potatoes, which will compete. They do not do well beside each other, or even in the same soil back-to-back years. “If anything, the tomatoes will win,” he says.

Everyone talks about tomatoes, but what about peppers? “They should be planted in bad soil,” Weaver says. “They grow in marginal ground. One year, I put pepper plants where I had composted, and beautiful plants grew, but no fruit. They like barren ground.”

A sustainable garden is one that’s self-maintained, that produces enough food and compost to feed dependants, large or small – but for Weaver, it’s most importantly one you can bank enough seed from.

“You shouldn’t have to go outside of your own plots to keep going, but that’s why I don’t think any garden can be totally sustainable,” he says. “It’s an ideal, but one you never quite get to. For example, I like horse manure, but I don’t have horses, so I have to bring it in.”

When saving seeds, Weaver only take seeds from those plants that display the truest characteristics. The criteria is recorded in a detailed database. All the varieties are numbered and catalogued, so field notes, harvest dates, etc., are constantly entered. With the Syrian Carrot, for example, he pulls all of them in the fall and selects out the best ones, say the best 16 or 20, then pots them for overwintering so they bloom the following year.

“This process is done with all biennials and even radishes,” he says. “With potatoes, I select the most beautiful of the harvest, the most perfect specimens. Any plant that displays ‘off’ characteristics, like bad shape, wrong color or crossing, is pulled up and sent to the mulch bins.”

Seeds are then processed, dried and packaged with computer number, date and any special notes in airtight jars that are stored in a cool, dark room. Some seeds are frozen. “I would freeze more seeds if I could afford a large freezer, such as a walk-in used at meat plants,” Weaver says.

The seeds are organized by collections – tomatoes, peppers, cucurbits, lettuces, beans, etc. Each group has its own file. Tomatoes, for example, are labeled TOM, lettuces LET, followed by the number, like TOM053. These callouts are written on the stakes in the garden along with the common name.

The inspiration for the classes at Roughwood is simple. There’s a need to school others, but also to sustain his own growing endeavors and his precious seed collection.

“I have a garden that’s on the red side of the ledger,” he admits, explaining it costs $2,400 each winter to heat the greenhouse and keep his “tuberorium,” an old refrigerator that keeps his tubers cool, in operation.

“The reality, too, is that I need to support the Roughwood Seed Collection, but these gardens also provide a scholarly research laboratory. The first workshop students were the guinea pigs, but all left happy.”

Sharing his expertise has been a leap of faith. “At first I thought, ‘This will be like sharing my toothbrush with the world!” he says. “I didn’t want the invasiveness. Then, I said, ‘Stop. I’m a good teacher. I want to share my experiences and use this as a teaching garden.’”

The author has been published in national and regional magazines as well as daily and weekly alternative city newspapers. A gentleman farmer in Quakertown, Pa., he writes about people, social trends, historic preservation and 18th century America, agrarian culture, land use and sports and recreation topics.