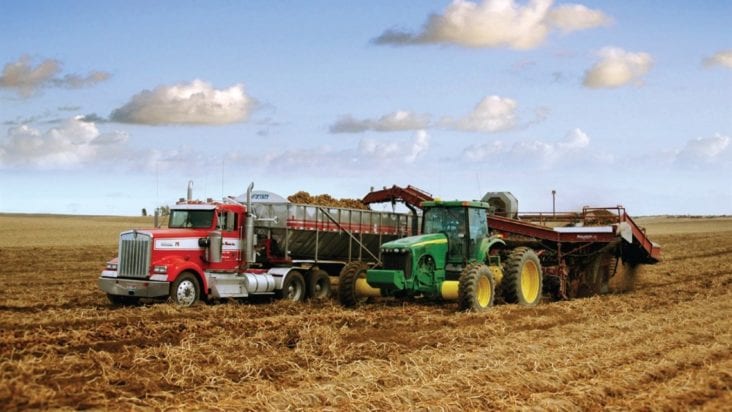 A history of growth at Wada Farms

History is important to understanding the growth of any company. For Wada Farms (http://www.wadafarms.com) in Idaho Falls, Idaho, history has been key to the exceptional growth of this small family farm over seven decades. This third-generation family-owned and operated company grows potatoes, onions and sweet potatoes. Onions are grown in eastern Oregon and Texas, and sweet potatoes are grown in North Carolina. 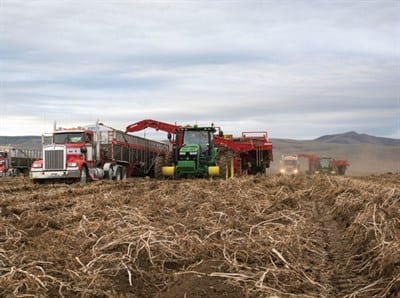 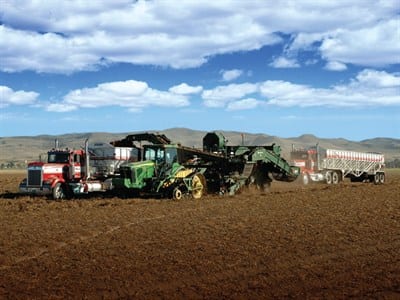 Wada Farms’ motto, “Pride in Excellence,” is adhered to in every facet of the operation. Keeping that commitment to excellence, developing exclusive relationships, and incorporating evolving technology have contributed to the company’s major growth. Chris Wada, part of the third generation in the business, noted that Wada Farms is continually looking for efficiency in operations.

Wada Farms was founded in 1943 by Frank Wada, who emigrated from Japan in 1922 at the age of 13 and later started farming in southern California. At the beginning of World War II, Frank and his wife, Agnes, moved to Idaho to avoid internment as Japanese-Americans in California. There they started farming on 160 acres of rented land. Their son, Albert, worked on the family farm, and when Frank retired in 1972, Albert took over the operation, which by then consisted of 400 acres. 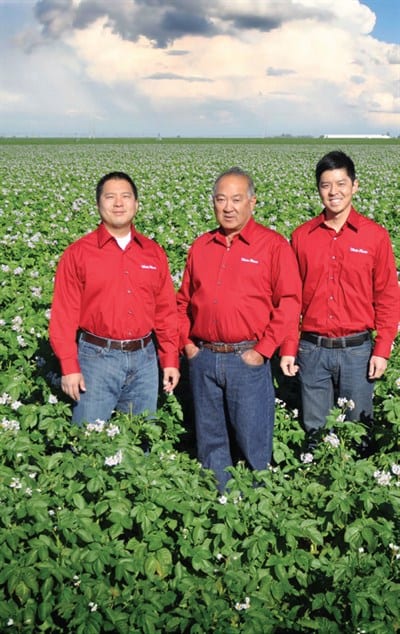 Wada Farms has grown from a 400-acre family potato farm to the vertically integrated mega-operation it is today while keeping pride in excellence at the forefront. “It’s built into our company culture, our pride in our jobs, doing whatever it takes,” Chris said.

Wada Farms employs 350 to 400 people, with seasonal harvesting boosting that number higher. Albert, who’s now semiretired, continues to serve as chairman and contributes to major company decisions. His son Bryan serves as president, and his younger son Chris is the marketing and export director. Bryan, Chris, CEO Bob Meek and numerous other managers contribute to the company’s success.

The efficiency of the operation has been key to the company’s phenomenal growth since 1972, a point not lost on the third generation. “We admire our father so much for what he has done with our company,” Chris said.

According to him, it’s essential to stay up-to-date on farming techniques, constantly upgrade and look for sustainable efficiency, and incorporate technology to attain efficiency.

In addition to pride in excellent products, Chris said, “Taking pride in our core values and people taking pride in themselves are important [to the company’s success]. We are proud of what we do.” 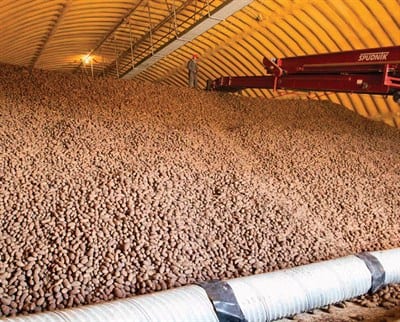 Conducting research on potato varieties with qualities that appeal to consumers is essential, as well as finding varieties with disease resistance that grow with fewer inputs. “We have partnerships with breeders who select varieties in their research that are eventually brought for trials on Wada Farms,” Chris noted.

“Becoming highly mechanized has contributed to growth,” Chris said. That includes GPS and mechanization throughout the operation, from planting through harvesting. Mechanized harvesters and combines are used to harvest potatoes. The mechanization of grading, sizing, sorting and shipping has also been a major contributor to efficiency. 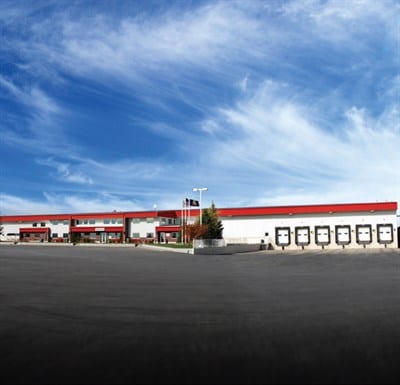 Generational trends play a role in selecting, growing and marketing different varieties. Today’s trends include smaller families and consumer interest in ease of preparation, both of which are considerations in product development. “We were one of the first to market individually wrapped, microwave-ready potatoes in our Easy-Bakers,” Chris said. Since consumers are interested in varying textures and colors and quick preparation, marketing of small potato medley packages, steam-in-the-bag potatoes and fingerlings has grown. Increased consumer interest in sweet potatoes the past few years has led to expanded production and marketing of sweet potatoes.

Idaho’s location presented a logistical challenge in terms of distance from major coastal markets. The company has met that challenge in various ways, including growing potatoes in Colorado and Wisconsin. For Idaho-grown potatoes, shipping has been adjusted.

“We use forward distribution and freight forwarding to help supply products from Idaho and other parts of the country to the eastern half of the U.S.,” Chris explained. Freight forwarding may involve multiple carriers to assure prompt delivery of agricultural and other goods to customers.

Exporting potatoes is a significant component of the business. Potatoes are exported to Southeast Asia and Europe. While exporting potatoes to Mexico has been restricted, legislation is anticipated that will reduce restrictions on exports to Mexico.

Historically, Idaho’s warm days and cool nights complemented by the rich volcanic soil provided an exceptional growing environment. These conditions and the Russet Burbank potato, named for its developer Luther Burbank, led to Idaho becoming the largest potato-producing state in the U.S., with the Russet Burbank gaining popularity across the nation. Potatoes remain a food staple throughout the world, and the industry has continued to grow, with Wada Farms as a major player. 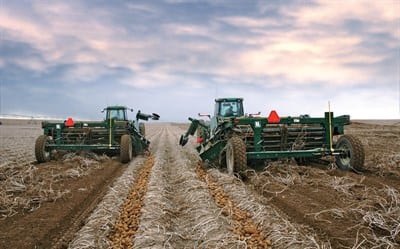 Continually striving for “Pride in Excellence” is paramount within the company. Wada Farms celebrated its 70th anniversary in 2013, and as part of that celebration the company restored the 1934 Ford truck that Frank and Agnes drove to Idaho from California. The truck is on display at Wada Farms, where it offers a historical contrast to the modern, high-tech operation now fulfilling that company motto.

Chris is in his third year of serving on the U.S. Potato Board and actively participates in the Idaho Potato Commission. “We are proud to be part of the Idaho potato industry,” he said. “It’s a privilege to be called a farmer.”