Many farmers know that when you buy a farm you are also buying insects, weeds and a lot of time figuring out how to get a pesticide applicator license. As weeds and insects are not seen as typically beneficial to farms, pesticide use has become a big part of farming. As a result, many states have developed different guidelines on how one would get a pesticide applicator license. Quality Controlling Your Field

Read about:  Regenerative Agriculture: An Opportunity for Course Correction

The goal and desired outcome of pesticide safety education is to help assure that individual growers use the latest technology and techniques when handling pesticides. This knowledge applies at every step in the process from purchasing materials to mixing, applying and eventually disposing of unused chemicals or the empty pesticide containers in an environmentally responsible manner. The result is that knowing how to use pesticides responsibly helps protect applicators, other people from farm neighbors to consumers and the general environment from potential problems. 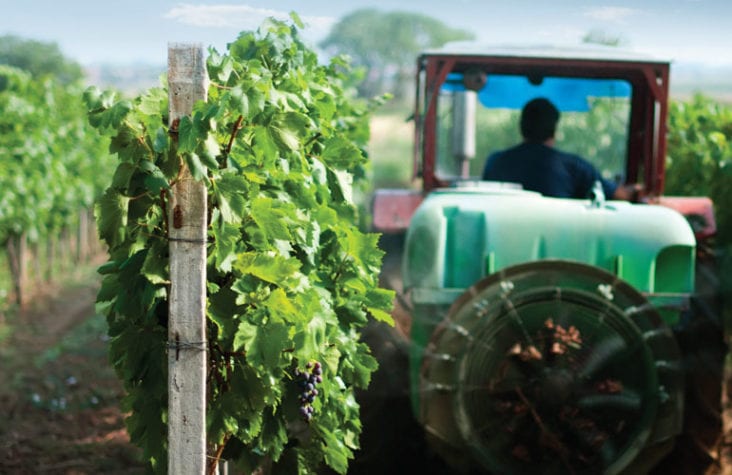 The private applicator license is for those who “use restricted use pesticides to produce an agricultural commodity on property they own or rent, or on property owned or rented by their employer,” according to FDACS.

The most common operations that would require the private applicator license include farms, gardens of industrial size and groves.

The commercial applicator license is for the worker who applies pesticide for other people but not for houses. An example would be any pesticide applicator who works for a custom service or a golf course worker who needs to apply pesticides to kill weeds on the greens, according to FDACS.

Like Florida, Michigan has three pesticide application licenses. If a fruit grower wants to use pesticide for commercial use – and nearly 100 percent of all cherry and apple growers would fall into that category – they must get a license. As expected, there is no shortage of catches and rules.

For starters, the average member of the FFA need not apply. In Michigan, one must be at least 18 years to take the two tests needed to get a license.

Although all these licenses have differences, there are many similar rules everyone, regardless of what license they have, must follow. 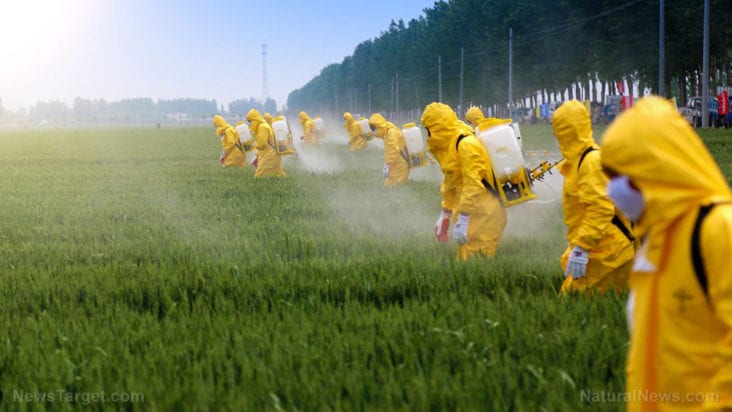 At USDA, the Pesticide Data Program (PDP) serves as a national pesticide residue monitoring program and produces the most comprehensive pesticide residue database nationally. Set up in 1991, PDP administers sampling, testing and reporting of pesticide residues on agricultural commodities in the U.S. food supply, emphasizing commodities highly consumed by infants and children. About 10,000 samples are tested annually through cooperation with state agriculture departments and other federal agencies. PDP data:

According to the FDACS, none of the state’s licenses allow for pesticide application to a building. All applications must be applied farther than 10 feet from the closest building.

Like Florida, Georgia also offers three types of licenses: private, commercial and public. When considering the private license, Georgia requires anyone who is applying to complete a training exercise run by the University of Georgia (UGA) Cooperative Extension Service, according to Georgia Department of Agriculture.

That’s not the case with the other two license types. Like many states, to be granted a commercial or public license, one must pass a test given by the Georgia technical colleges. Unlike other states, Georgia has a test fee and a license fee. Every time one takes the test for a commercial application license, it costs $45 and the license is $90.

The private license is free to obtain, according to the GDA.

The pesticide application rules in Washington State are the most regulated and consolidated out of any of the previous states. According to the Washington State Department of Agriculture (WSDA), there are 12 license types and 25 exam categories. But, as with most other states, there are three main licenses – the public, commercial and private license.

Although it might not apply to the typical vegetable or fruit grower, as a result of this structure a custom operator could end up taking 12 tests if their work requires all categories of application licenses.

Of all the variations of licenses and regulations on how to obtain the license, there’s one constant throughout all states when it comes to pesticide application: anyone who wants to apply pesticides in almost any form must have a license and take a test on paper or a field exam and apply pesticide only in a way that the license they have obtained allows.

Most states are in step with the Pennsylvania Department of Agriculture, which announced a new policy on pesticide applicator certification category exams.

In short, when the study materials for category exams require significant updates or revisions, updating will trigger a process to change the previously open book certification exam into a closed book exam.

Among the exams that will change shortly are Category 21: Soil Fumigation, which was to go to closed-book status at press time, and Category 03: Vegetable Crops, which will become a closed-book exam early in 2017.

The Pennsylvania system has changed to align its testing practices with most other states to allow for reciprocity agreements to take full effect.

In addition, it will increase exam security while allowing the certification exams to be offered more frequently due to changing federal requirements. Several landscape and horticultural exams – including aquatic pest control, ornamentals and shade trees and lawn and turf – have already changed to a closed-book test.

Although many producers downplay the need for pesticide licensing, grower pesticide use surveys show that roughly 50 percent of survey respondents say they have changed pesticide practices due to attending training. In an Arkansas study, the most common changes listed were increased use of protective gear, reading the label more closely and paying more attention to calibration. About 85 percent of respondents rated recertification sessions as good to excellent.

An old saying suggests no job is completed until the paperwork is done. Recording what was done with fruit and vegetable pesticide applications is no exception.

Under requirements of the 1990 Farm Bill, all private applicators are required by law to keep a record of their federally restricted use pesticide applications for two years.

Today, this requirement stands even though PRP operations ended in September 2013 due to the elimination of program funding.

At present, no standard federal form is required for recording restricted use pesticide applications. So, a grower is in compliance as long as they are approved under a certified private applicator program. Applications can be noted in any recordkeeping system. However, there still are rules. There are nine separate required elements that must be recorded within 14 days of each restricted use material application. Those nine elements are:

A PDF version of an acceptable application record book is available as a free download from USDA.