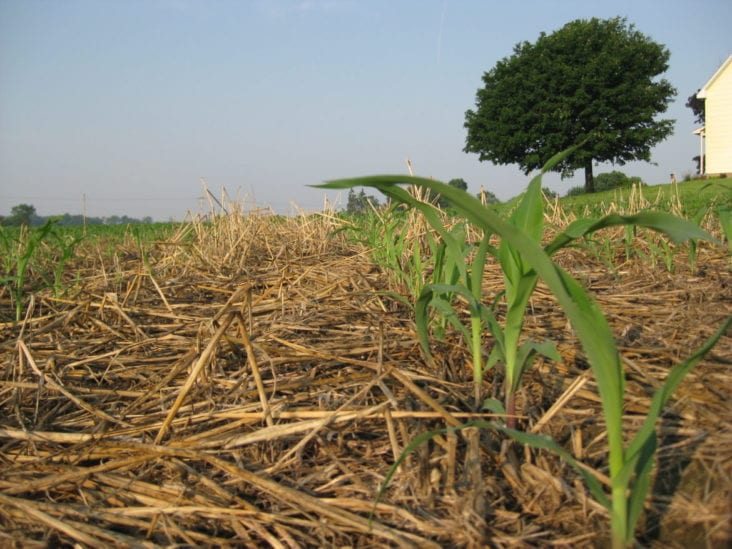 For more than 40 years, Andre Leu has educated farmers on every arable continent. He’s spent time in Africa, teaching and learning from farmers in Ethiopia, Kenya, Uganda, Tanzania and Namibia. It seems his mission is to inspire farmers to be empowered to do what only they can to reverse climate change. – Regenerative Agriculture

Stabilizing CO2 in the atmosphere is critical. As of July 2016, carbon dioxide levels were at 404.39 parts per million (ppm), a 3.08 ppm increase over July 2015. Though CO2 levels do fluctuate daily, the average annual increase since 2005 has been 2.11 ppm. If greenhouse gas continues increasing at this rate, then levels will be at 430 ppm by 2030. The tipping point at which scientists say we will lose the opportunity to reverse climate change is 450 ppm.

“What we need to do now is start at this stage to remove 15.52 gigatons (of carbon dioxide from the atmosphere per year),” Leu said in a speech at Northeast Organic Farming Association’s conference, Aug. 13, 2016.

Leu advocated for use of organic farming techniques to mitigate against and adapt our food systems to the effects of climate change. A fifth-generation farmer, he now operates a 150-acre fruit farm in Australia with his family. “As farmers, our job more than anything is to maximize our production systems so we can maximize sun energy and turn it into life,” Leu said. “At this stage, we have no science that can collect energy as efficiently as photosynthesis. Quantum physics may help solve it, but it hasn’t yet.”

What does this mean? There are many ways to engage in regenerative agriculture, but Leu panned some common assumptions about methodology. “People say ‘no till’ is better than tillage. That’s a data-free assumption. The only paper I read that had data compared organic tillage with Roundup Ready no-till. At every measurement, organic tillage beat the Roundup Ready no-till.”

The key to regenerating the land, according to Leu, is to copy nature, but not by eliminating farm machinery or other modern comforts and tools. Copying nature in an agricultural system includes:

Is grazing an essential part of regenerative organic agriculture? No, but all ecological systems have plants and animals. Separating plants from animals via feedlots and other agribusiness practices creates a total disconnect from the natural order. It’s not an ecological system.

The more biodiversity you put in your system, the more output you can get. Leu shared an equation:

“You want to maximize our capture, (then) maximize the use of that energy’s principal system,” he said. “When you put animals in, you’re reusing parts now that you’re not using without animals, so you produce more food. And you produce urine and manure, which you can put back into the soil.”

The chemical process that happens in an animal’s rumen is another weapon against climate change. The air they breathe goes into the gut, where microbes break down and synthesize carbon dioxide and nitrous oxide. What comes out the other end now is high nitrogen or fertilizer. Regenerative agriculture is about trying to understand and emulate natural cycles so that systems can regenerate.

Even growers who prefer not to keep animals on the farm can engage in regenerative agriculture by including the other three aspects: correct plowing, correct fertilizing and using push-pull methods. However, Leu believes the system works better with animals. “It’s not too hard to put in a few chickens,” he said. “Chickens will go through and eat the bugs, and be part of the ecology and you’ve got eggs every day and protein costs you nothing.”

“There’s this mythology that plowing is the thing that oxidizes the carbon and releases it into the air. But if we plow correctly, we can increase carbon sequestration,” Leu shared at the NOFA conference. Leu said the main cause of carbon loss is synthetic nitrogen fertilizers, though other scientists quoted in previous columns disagree. For every pound of nitrogen placed in the soil, soil microorganisms need to eat 15 to 30 pounds of carbon, so they eat it and convert it to carbon dioxide. 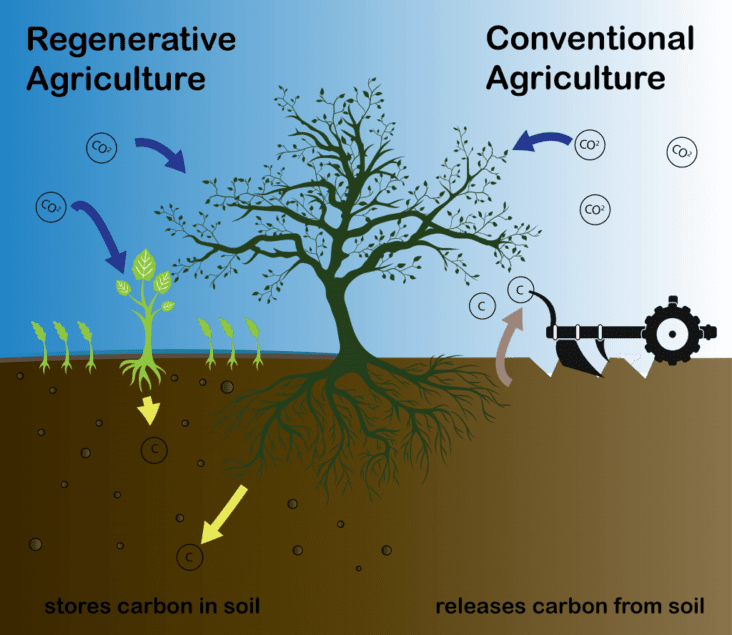 Through a form of tilling called deep ripping, the soil is opened at a deep enough level to allow carbon to get deep into the soil. Carbon that’s deep in the soil is most stable. The combination of deep tilling with no-till or low-till is effective.

Leu learned from farmers in Kenya, the Tigray region and Ethiopia the value of what they call push-pull agriculture. In this method, growers intercrop with specific varieties of grass and tick trefoil that are native or adapted to the region. According to Leu, push-pull is superior to cover cropping.

“I read about these things; you read lots of things,” Leu said. “I want to ground proof them; see it with my own eyes, so I know what is really happening.” When Leu saw what farmers in Kenya and Ethiopia were doing on their farms, he became a believer. (Read more about push-pull agriculture in next month’s column.)

The simple methods involved in regenerative agriculture provide farmers a chance to correct the course our planet is currently on. “This is urgent,” Leu said. “We have a once-in-a-generation chance to stop this. We don’t want to be the generation that failed our children and grandchildren. We don’t have to invent any new technologies. We just have to scale up good practices. A new GMO costs $100M. If we took that $100M and used that for training, we could stop climate change.”