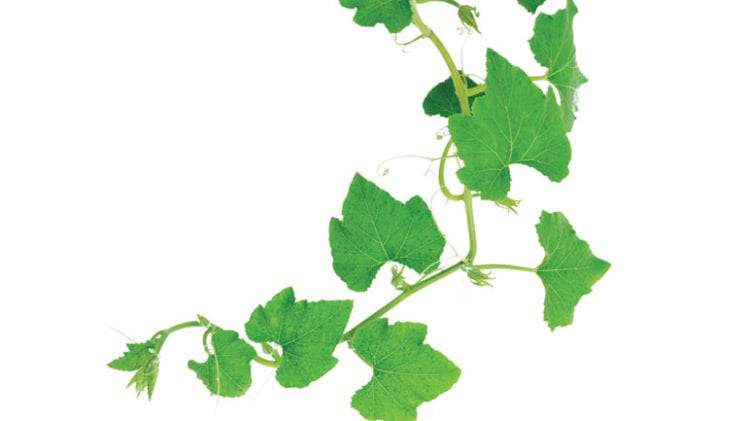 The last thing pumpkin growers want to do is allow weeds and grasses to rob nutrients from their fruit or prevent fresh rainwater or irrigated water from reaching the plants. They don’t want weeds and grasses to compete for pumpkin plant growth or reduce yield. However, if they don’t control four important weed and grass competitors, that could very well happen. Consider the big four: Texas panicum, sicklepod, nutsedge and bermudagrass. Weeds in Pumpkins. Read about:  Regenerative Agriculture: An Opportunity for Course Correction

One of the troublesome weeds is the Texas panicum: “a spreading summer annual with an erect growth habit or (that) grows close to the ground,” according to Joe Masabni, an Extension small acreage vegetable specialist with the Overton Research and Extension Center at Texas A&M University.

He said Texas panicum, a real concern among growers who irrigate their crop, may grow up to 32 inches tall. It may root at the lower nodes of the pumpkin plant.

Another weed of concern in pumpkins is sicklepod, which is an annual member of the bean family with yellow flowers that have seed pods that are 4 to 8 inches long like a sickle according to Masabni. Like Texas panicum, he said sicklepod is a competitive weed in irrigated fields; however, growers can easily control it with herbicides. 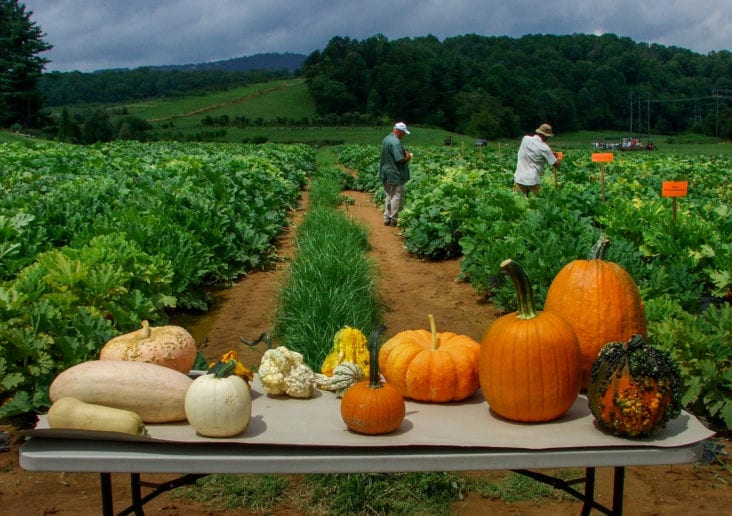 Sicklepod, an herbaceous to semi-woody plant, has cotyledons that are rounded with three to five veins, according to Larry Steckel, a weed specialist with the University of Tennessee. Stems stand erect and grow to 1 to 6 feet tall. Leaves have four to six leaflets that appear egg shaped and rest opposite each other. The largest pair of leaflets grows away from the main stem; the smallest pair is closest to the stem. Seeds are sickle shaped with hairless pods. Flowers of sicklepod have yellow petals.

Nutsedge is a weed that growers would rather not see in their fields because of its popularity, especially in the South. Masabni said nutsedge is often confused as a grass, but it is a member of the sedge family. This weed is hard to control once it becomes established in fields, yet a halosulfuron herbicide offers good control. However, Masabni recommends growers follow a multiyear weed control program to be most effective.

Another difficult one to control is bermudagrass, a spreading perennial grass. Control is hard “even with nonselective herbicides like glyphosate,” Masabni said. “Multiple applications over many years are necessary.”

According to University of California Divisoin of Agriculture and Natural Resources, bermudagrass leaves look smooth and pointed. Each has a ring of white hairs where the blade and sheath meet. Stems sport a papery leaf sheath at each node, and each stem roots at the nodes.

One way to control bermudagrass, or at least reduce its vigor, is the use of plastic mulch, Masabni said. But growers must complement it with effective bermudagrass control in row middles.

For best control of all four weeds and to maximize cost-effectiveness, Masabni advises use of preemergence weed control. Space broadleaf and grass herbicide applications at least three to five days apart. Growers may see yields impacted the most during the first three to five weeks after crop emergence. He warns to not tank mix halosulfuron with grass-specific herbicides.

According to the Alabama Cooperative Extension Service, growers are wise to apply preemergence herbicides right after seeding to avoid any injury to seed that may be germinating. For the best control, avoid fields with large weed populations or ones that come up every year such as nutsedge. Cultivate the row middles. Only cultivate 1 to 2 inches deep since pumpkins are shallow rooted. Use production practices that allow the pumpkin plant to grow rapidly. Use polyethylene mulch as an additional option for weed control.

Another way to control bermudagrass growth is to increase shading of it with tree and tall shrubs, according to the University of California. Importantly, bermudagrass spreads vegetatively and by seed. In that case, growers can easily spread it by clipping or mowing.

At preplant and preemergence, Masabni suggests using a paraquat, which is a contact nonselective; a glyphosate, which is a systemic nonselective; or a carfentrazone when most broadleaves are less than 4 inches. Masabni also suggests using a bensulide or an ethalfluralin, and a mixture of ethalfluralin and clomazone (Strategy). For nutsedge and broadleaf suppression, he advises applying a halosulfuron.

At postemergence, he suggests using a clethodim or sethoxydim for grasses. In row middles only, he recommends trifluralin for annual grasses and some broadleaves, as well as carfentrazone, a glyphosate or halosulfuron.

Following these recommendations will help prevent weeds and grasses from robbing nutrients and preventing rainwater or irrigation from nourishing pumpkin plants. In addition, it may improve yield if these weeds and grasses are killed early or reduced significantly. As with all chemicals, read the herbicide labels carefully and follow directions. Also, check with your local Extension agent or specialist to see if the mentioned herbicides are registered for use in your state.