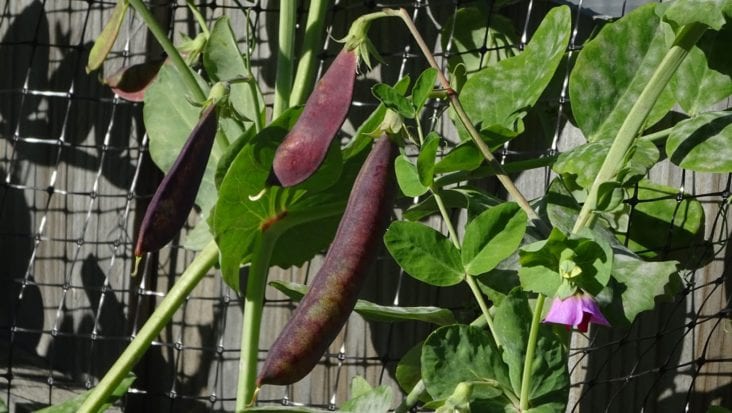 What are the next big sellers?

Ever heard of purple snow peas, chayote squash or horned melons? How about rambutan, custard apples or sunchokes?

How about kiwifruit? Forty-five years ago, nobody had heard of this strange New Zealand fruit, called Chinese gooseberries at the time. Since Frieda Caplan’s company, Produce Specialties, introduced Chinese gooseberries to the American market and renamed it kiwifruit in the 1960s, however, it has become a standard item in most supermarket produce departments. That process of introduction is still going on today with other oddball produce items, including the above-mentioned. Read about: Apple Outlook

The current president of the company, now called Frieda’s, Inc., is Karen Caplan, Frieda’s daughter, who says the process of bringing a new specialty produce item into the American market is arduous, time-consuming and requires good luck and marketing. It also requires some special quality that catches the consumer’s fancy.

Fruit and vegetable growers are an important part of this process, both at the front end and at the back end, says Caplan, who took over the leadership role of the Los Angeles company in 1986. Her company relies on American and foreign farmers who have some odd new type or variety of fruit or vegetable, or a new way of processing or presenting it, to bring it to its attention. Then, as the market grows for that item, those innovative growers will be the backbone of the supply chain. New produce can also fail, and growers would also be a part of that process. In either case, retailers and consumers are always on the lookout for new items that can provide dynamism to the sale and purchase of unusual produce.

“Innovation is the lifeblood of any industry,” Caplan points out. The entire produce chain gets terrific energy from these new items, and that energy can extend from the grower or the importer to the retailer and the consumer. “If you don’t have innovation, you don’t have growth.”

The company has introduced almost 200 new produce items to the American market over the years, the first one being fresh brown mushrooms, which once were only used for canning. About half of those specialty items have become mainstream. Some of their other success stories are spaghetti squash, doughnut peaches, passion fruit, jicama, sugar snap peas, baby carrots and habanero chiles. Caplan, who has a degree in agricultural economics and is co-owner of the company with her sister, Jackie Caplan Wiggins, follows in her mother’s entrepreneurial footsteps and, like her, is big on marketing and promotions. 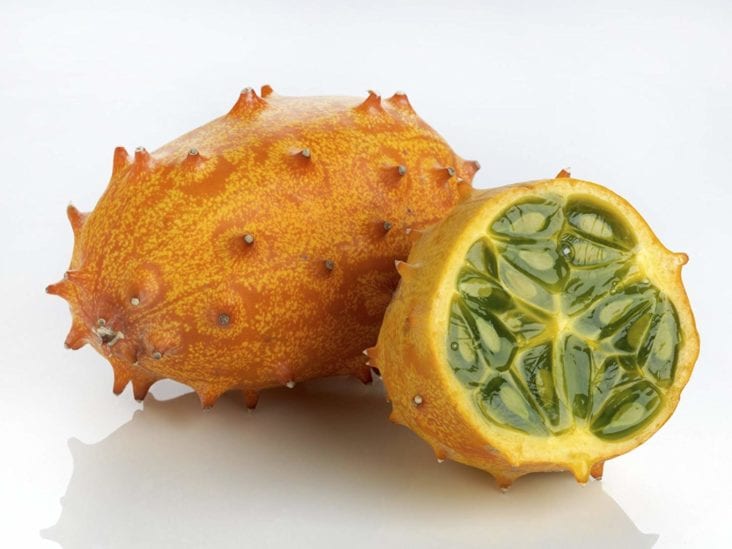 “She was a promoter. She saw an unfulfilled opportunity,” Caplan says of her mother, who still gives guiding light to the company. In fact, it is unfulfilled opportunities that still allow the company to introduce new lines to the world. In an era when supermarket chains are paring down their produce aisles, it is difficult to get new items on the shelves—but it can be done. Caplan calls the produce industry a “petri dish” that always is looking for experimental items, as can be seen on the company Web site at www.friedas.com.

The process starts generally with a grower, in the U.S. or overseas, Caplan says, who brings a new item to the company’s attention and demonstrates that they can grow it. Many elements must be present before Frieda’s will take on what will become the huge project of introduction. First and foremost, the new produce must have taste. Items can lose market share by having taste bred out of them, and items can gain a foothold by having a distinctive flavor. Other qualities that can lend cachet to a new item are unusual appearance, a special nutritional boost and a shelf life that allows it to be harvested, transported, retailed and eaten without spoilage or flavor loss.

Such items are rare. Caplan cites the example of the miracle fruit. The West African berries with unusual taste and other food enhancement qualities, but they have a very short shelf life and consequently are used primarily in processed foods. Even if an item qualifies as a potential candidate for the marketplace, a lot must be done in the way of grower demonstration, seed company experimentation and Frieda’s testing and promotion to get the fruit or vegetable to the retailer.

“We’re not going to see fruit for a year or two—or five,” Caplan says. It took 18 years for kiwifruit to become an overnight success, she notes. Her company takes a great risk in the investment to develop the product and market it, and the grower also must risk growing it for several years without any compensation.

Patience is one of the qualities that these special growers must have, she points out, because not every farmer has the commitment and perseverance required to bring a new product to market. Other qualities that Frieda’s looks for in a grower are intelligence and an understanding of the process, a track record of success on the farm, a superstructure on the farm that allows the harvest and packing of a product, good food safety practices, the ability to precool and transport delicate produce, deep pockets for the long haul, honesty and integrity, as well as a willingness to commit to a company like Frieda’s exclusively for the duration and beyond.

This last quality is often the one that can finally sink growers with a new item to sell. They stick with Frieda’s or another broker until a demand is created for the product, and then are approached by a supermarket chain that wants the exclusive rights. Promised good prices, some growers cave in and cut out the middleman, which often then leads to a price beat-down, she says. A “mediary” company like Frieda’s—there are others like it that help develop new crops—not only offers a buffer that ensures sustainable prices, it usually invests hundreds of thousands of dollars in the development of the item.

Growers of a new variety or promising item have a couple of advantages nowadays, Caplan says. One is that with the advent of farmers’ markets and other local farm sales opportunities, a pathway to the mainstream market can be established. The biggest single obstacle to introduction of a new item is the limited shelf space in the supermarket, but farmers’ markets offer an alternative. Consumers, chefs and food writers visit those markets, and if they find an item appealing and get it into the public consciousness, success can follow.

Another advantage in this modern media era is that with the Internet and other viral networking available, word-of-mouth can spread like wildfire. An item can become the hottest new thing almost immediately if it has unusual cachet. Caplan cites the example of black garlic, the newest taste sensation and the latest Frieda’s success story.

A Korean grower came to Frieda’s with an old standby that he had applied a new processing method to. He had taken regular high-quality garlic heads and aged them for a month under a special fermentation and heating process, which yielded a head of garlic that not only was black under its skin, but also had a sweet and captivating flavor. After Frieda’s introduced it to the market, black garlic became popular with chefs and food writers and became a media sensation. This spurred orders from all over the nation, and elsewhere. A single magazine article in Canada caused almost every Canadian retailer to call Frieda’s, for example, but she soon sold out.

Black garlic is an excellent example of the combination of taste and cachet that can send a new item soaring. Retailers previously had no shelf space for an item, and they now demand it. However, it doesn’t have to be that spectacular. There are new varieties of old standby fruits, for example, that captivate the consumer and create new market share.

“If you say there’s nothing different and new about oranges, that’s not true,” Caplan says by way of illustration. With the introduction of new types such as blood oranges, cara caras and mandarins, a new line can be introduced that can make space for itself first in the farmers’ markets and then in the supermarkets. She also cited stone fruits, which breeders had almost banished from consumers’ tables by producing tasteless varieties. Now, with tasty new fruit like pluots becoming mainstream, stone fruit is making a comeback.

As for trends, there is only one, Caplan says. It’s the same old trend that was in effect when Frieda’s started up in 1962. If growers and marketers can convince consumers that they simply have to have a product, retailers will demand it.

“Retailers are looking for things they can make money on in volume,” she says. Whether it’s gold potatoes, red peppers, orange flesh melons or black garlic, you can call these new introductions a silver lining for the growers who produce them.