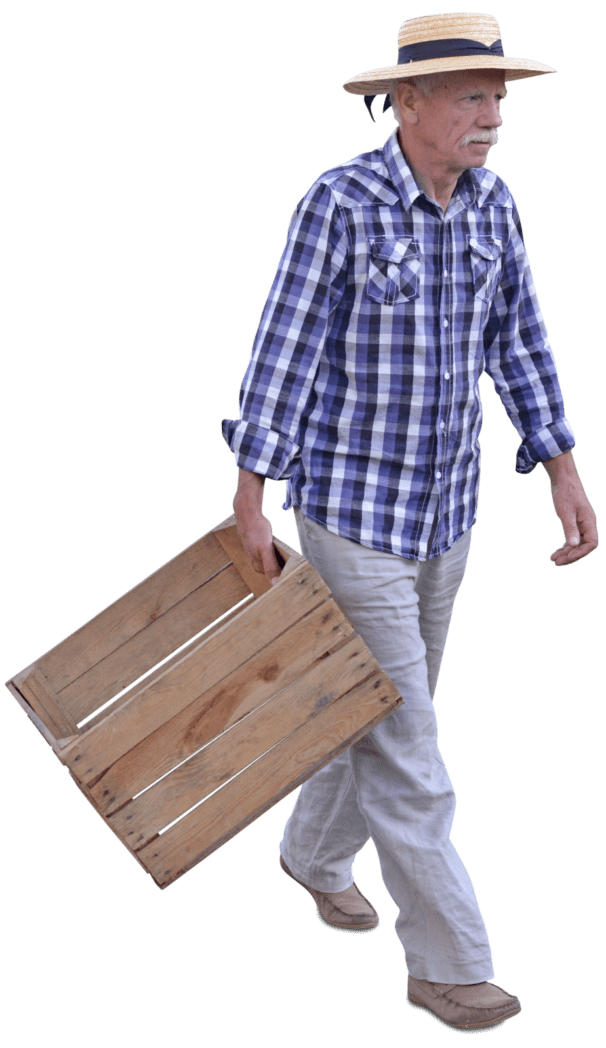 IPM (Integrated Pest Management) has become one of the most discussed subjects in American agriculture in recent years as more growers adopt entry-level versions of the technique to reduce losses due to pests and to enhance profitability. Nevertheless, according to the U.S. Department of Agriculture supported Northeastern IPM Center, “Only about 10 percent of [the nation’s] cropland benefits from a high level of IPM practices (USDA Natural Resources Conservation Services’ Conservation Effects Assessment Project).” – Full-Blown IPM Effort on the Farm 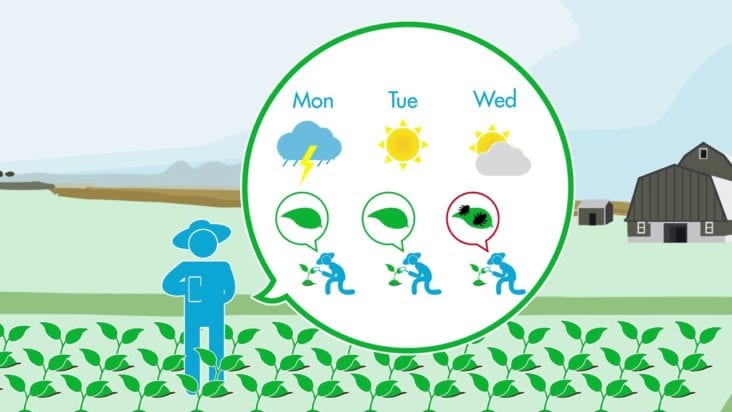 Despite the less-than-total buy-in to advanced IPM techniques by growers, as evidenced by the 10 percent figure, the center, as well as many IPM experts, expects to see increasing use of intermediate and advanced IPM as growers learn the potential economic, social and environmental benefits a full-blown IPM effort can bring to the farm. Intermediate and advanced steps in the adoption of IPM generally include some version of what is sometimes called a “farmscape approach:” a look at all aspects of the entire farm with an eye toward making adjustments capable of making each element of the farm a functioning part of the overall pest control equation.

Dr. Geoff Zehnder, author of an extensive discussion of a whole farm approach to IPM, “Farmscaping: Making Use of Nature’s Pest Management Services“, is also professor of entomology and coordinator, IPM & Sustainable Agriculture Programs, at Clemson University in South Carolina.

Speaking to the value of an advanced, whole farm or farmscape approach to IPM on not only organic farms but conventional farms as well, Dr. Zehnder said, “I would say that the initial investment in diversifying the farm landscape will pay dividends later in pest management; it takes experience and practice, but many farmers I talk to who have added diversity to the farm often say they have minimal or no problems with insect pests.”

Barriers to greater use of higher level IPM

Recent comparisons among certified organic farmers and growers using beginning, intermediate or advanced IPM approaches by the Northeastern IPM Center noted some reasons growers using entry-level forms of IPM are sometimes reluctant to move into higher levels of IPM despite the long-term benefits Zehnder details. In its July 2016 newsletter, Insights, the center reported that while benefits of IPM include, “…reduced reliance on single tactics, as well as reduced pesticide residues, production costs, risks, and health and environmental impacts and that the fundamental principles of IPM can be applied to any pest problem,” a real limitation on IPM is that, “…on a continuum, the benefits are dependent on the extent to which tactics are adopted.”

In short, in some situations a grower who’s spent time, money and effort on implementation may be dissatisfied with less-than-glamorous results because of an incompletely realized IPM approach.

Other barriers to expanding IPM programs of concern to growers include lack of a market premium for sustainably raised foods like what certified organic growers enjoy and a lack of understanding on the part of the public about the benefits IPM provides the larger community. Benefits like cleaner water, food safety, sustainability and environmental biodiversity have yet to translate into demand for sustainably grown, but not necessarily certified organic foods; the public has yet to realize that community values for sustainable agriculture can be achieved outside the influence of the “certified organic” umbrella.

Perceived barriers to intermediate and advanced IPM on the farms of America need not be as daunting as some might believe them to be. As described by Dr. Zehnder, “Farmscaping is a whole-farm, ecological approach to increase and manage biodiversity with the goal of increasing the presence of beneficial organisms. Many pest populations can be managed by enhancing the efficacy and local abundance of the existing community of natural enemies through modification of the environment, a concept that has been termed ‘conservation biological control.’”

Early research has demonstrated Zehnder continues, “…that biological control of insect pests can be achieved if significant numbers of natural enemies are present at critical times during pest development. In farmscaping, beneficial organisms are considered – and managed – as “mini-livestock.” Livestock producers will tell you their animals are healthier and reproduce more readily when provided an adequate and nutritious diet. Likewise, natural enemies require adequate supplies of nectar, pollen and plant-feeding insects and other arthropods as food to sustain and increase their populations.

As the Northeastern Center’s newsletter stated, IPM is a continuum; the more all-encompassing the approach, the better the results are likely to be. But the IPM continuum is not an all-or-nothing plan for pest control. It remains a continuum with more benefits accruing the further down the road a grower travels.

Growers must address dozens of factors including marketability, profitability and more when determining an approach to IPM. A farmscape approach, looking at the whole farm, allows opportunities to be identified and realized. Then, based on experience, the IPM horizon can be expanded.

“There are many different approaches and strategies in farmscaping,” Zehnder said. “Many farmers start with a simple farmscaping plan, such as including strips of a cover crop within a cash crop, based on the farmer’s observation that the flowering cover crop attracts beneficial insects. The farmer may later add other elements such as perennial hedge rows, perimeters or strip plantings of beneficial habitat seed mixes, and herbs and/or cut flowers known to support natural enemies of the farm’s major pests.”

“One common approach in farmscape planning is to first think about the intended crop, then the key pest(s) that are known to attack the crop, then determine the commonly occurring natural enemies of the pest(s), and identify appropriate food plants and harborage requisites,” Zehnder added. By way of example, he said, “Insectary plantings (the planting of flora especially benefitting habitat for beneficial insects) can be placed adjacent to crop fields, but they can also be placed next to paths or roadways, on steep banks, along drainage ditches or in buffer zones.” Flowers chosen for the yard surrounding the farmhouse can be chosen for their ability to benefit the fields bordering the yard; a water feature as part of a grower’s personal yard or garden can support the growth of a beneficial insect population and so on.

Zehnder said, however, that as in the case of any IPM approach, a little knowledge goes a long way toward achieving success. Different farms with different crops will face different pests. Simply planting a selection of flowering plants without an understanding of the pests being addressed and the needs of the pest’s predator is, he said, something that has been referred to as “chocolate box ecology,” referring to Forrest Gump’s famous line. “Using this approach without knowledge of key pests and the interaction among plants, pests and natural enemies may lead to failure,” Zehnder said. “Recent research has shown that the quality, not quantity, of the farmscape plantings is most important.”

Growers not interested in, or able to, engage in certified organic approaches to agriculture still have a significant stake in moving beyond “beginning” IPM. The marketplace, driven by public demand for high-quality foods grown “sustainably” is, by most accounts, beginning to demand environmentally sensitive approaches to growing that food; IPM, however slowly, is coming to be a competitive advantage.

A farmscape approach to IPM may seem to present traditional growers challenges in terms of gaining the knowledge base necessary to effective IPM implementation when viewed in the short term rather than the long but, when the farm’s future years are considered rather than just the next few months, a different picture emerges.

“In planning the farmscape it is important to identify specific plants, planting situations and management practices that best support populations of beneficial organisms. This requires some information-gathering and management skill on the part of the grower, but this investment can result in a number of benefits,” Dr. Zehnder said.