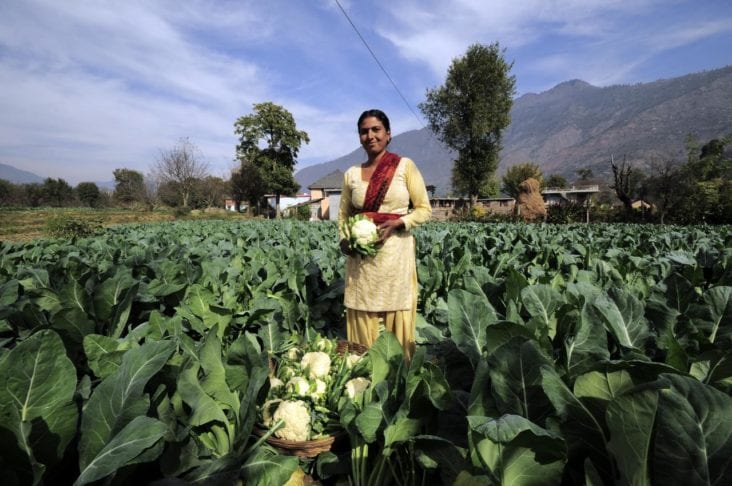 The Start of Organic Farming in India

While global health consciousness increases, organic farming, and food also become more and more popular and widespread worldwide. People did not tend to use organic food more as a hygiene factor instead of a regular product. In the Indian environment, organic food is looked on as holistic, starting at the farm and ending on the consumer’s plate. The main stakeholder is The source is the main stakeholder, and there are a lot of challenges that organic farming in India faces, which can be overcome smart strategies, scientific planning, and responsible public activity supported by the government.

Organic farming in India became more popular when the Green Revolution took shape in the early 1960s. This period saw the introduction of modern chemical fertilizers, and there was better management of the seeds and the introduction of new farming techniques. This boosted up the food grain production. These revolutionary methods used chemical fertilizers, synthetic pesticides, germicides, herbicides, and genetically engineered seeds.

However, although the majority of growth came because of the techniques, everything was attributed to the chemicals. It became uncontrolled and polluted the supply chain, while greed and lack of information led to extreme cases when newborn babies were born with disabilities. Some areas can no longer produce plants due to the amount of pesticides and fertilizers.

Consumers stood up and embraced organic food, and so came the demand. Some areas were natively organic, while others had to be converted. This poses many challenges, however.

Organic farming in India is expensive and involves constant expenditure. Therefore, it is not affordable to the nominalized farmers. The fertilizers and maintenance, as well as sewage sludge and chemical fertilizers, are something a conventional farmer has as constant companions because they are cost-friendly.

Organic farmers opt for compost and animal manure instead of these. Ethically sourced products do require a lot of money and give slower results over a longer period. Storage after growing it needs more expenses, which is also hard on the farmers.

The main challenge is to convince the farmers to move to organic, which may result in an immediate impact on their incomes. Supporting the change in a gradual manner is the key solution, as a holistic and community-driven approach needs to take place.

Private members of the industry assure this with financial aid, and confidence in a formation of adequate organic farming training to the farmers whose losses will be compensated for. The government has to be involved in order to provide security at a much greater level.

There is a disparity in supply and demand at the moment. Grains can be grown anywhere and are transportable. They are not perishable, and this is the way it goes with conventional grains.

With fruits and vegetables, the produce must be local because most of the organic food does not reach the shelves in time. For local organic farming in India, there must be willing companies, aggregators and farmers present in particular areas. The largest demand comes from the big cities, areas where no clean farmlands producing organic fruits and vegetables exist. This is mainly why such a disparity exists at the moment.

There is a certain framework in place by the government, aiming to boost organic farming and promote it through fairs and exhibitions.

Furthermore, smart transport and dedicated supply channels are solutions. When you start to have a pull from the market, local growers will start noticing and shift towards organic food. When local supplies fulfill the local demand, the supply-demand disparity will be a thing of the past.

Shortage of organic seeds and inputs

The main ingredients of agriculture are seeds and inputs, highly regulated and governed by government policies. Although the government provides subsidies for chemical fertilizers and pesticides, they do not do it for organic inputs. This means that the farmers mainly depend on their own resources and traditional methods. In addition, they tend to use unreliable and unchecked information.

This, therefore, may lead to rather heavy losses of crops that will hurt the farming families financially. The goes with the seeds, as there is a certification programmer available for the seeds, but not recognized for the certified seeds. The availability of certified organic seeds is a major issue in organic farming in India. This is why most farmers are both forced and advised to only use conventional seeds, treatable with chemicals.

Here, the government must clear the policy path, because it cannot continue to expand with the dealers in the untouched areas for distribution of chemical fertilizers and pesticides, while at the same time encouraging organic farming. There has to exist a separate policy framework for organic farming, which will then cover the production of seeds and input of supplies.

With the constant improvements and advances in technology, and the ever-increasing awareness of health benefits the world, people of India are also a part of these habits of healthy modern living. This is responsible, hence the increased need for the popularity of organic produce.

All of the agricultural products are consumer-centric, meaning that if consumers want something, the farmers will try to grow it and meet demand. The trust of the consumer is the key to a success with the organic produce, as there is no single and straightforward method for the consumers to acknowledge if their product is a genuine organic product or not. This kind of trust is developed through a proper regulatory framework, as well as compliance with the requirements. In addition, the communication of the same to the consumers must be 100% truth. At the moment, this is exactly what is lacking in India.

Since recently in this country, there was not a single policy or a framework for organic food products to be sold. Anyone was able to sell anything and label it as something ‘organic’. This, of course, created a lot of trust deficit among the consumers towards the companies.

Now, as the FSSAI introduced the Jaivik Bharat framework, things are looking to change for the better. This is a globally recognized third-party certification process that is controlled by APEDA. Their mandate is all about exports, while FSSAI also recognizes the PGS, which is only valid for the domestic market.

The certification has been made mandatory for anyone who claims that their products are organic but has also created a huge confusion among both the farmers and the consumers. Farmers are furious because they feel they are being forced into the certification process, and they claim it is expensive. In reality, private players cover most of the certification costs. In addition, the government provides various programs that are able to cover some costs. Brands, on the other hand, are confused about the regulations and their applicability. Finally, the consumers are confused about which certification is actually the right one.

The right amount and type of communication is the logical answer and solution. Clear and frequent communication between the regulatory authority and all the stakeholders is crucial, and without it all of this is in vain.

Last but not least, the certification cost for organic produce would have to be waived off for the marginal and smaller farmers. The government is able to regulate it at its center. When the state levels are in question, almost all the states have their own certification agencies that APEDA accredited.

The high price of organic produce in a price-sensitive nation

Due to some other factors, the final prices of organic produce is higher than those of the regular products. Customers in India are usually used to cheaper options, and this factor is a huge factor that influences the complete organic market.

All in all, from the expensive organic farming methods, a limited production, the supply chain irregularity, and storage and preservation to market competition, organic farming in India still stay on the expensive side of things. Add some government support and proper supply chain, and the prices can be reduced. Other than this, public awareness and knowledge, as well as communication are of high importance to the people, and their understanding of the benefits of organic food.