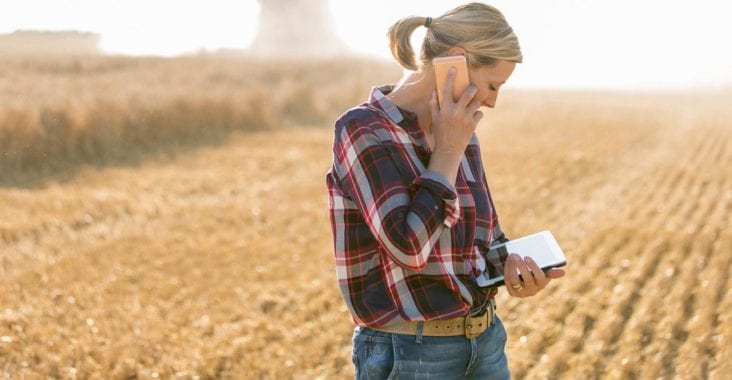 Nearly 1 million women work in agriculture, according to the U.S. Department of Agriculture’s 2012 Census of Agriculture. Those women generate $12.9 billion in annual agricultural sales.

“From historic homesteaders to contemporary cattle ranchers, women have been the cornerstone of America’s agriculture heritage,” according to information on the website.

Whether carrying on the family tradition of multigenerational operations, founding their own agricultural start-ups or working in the offices of international firms, women have had and continue to have an integral role in agriculture.

We asked three women in leadership roles, ownership or management, about their agricultural experiences and discovered how they first got involved in agriculture, the current scope of their role and their advice to others.

“I think that women have always been leaders in agriculture, they just haven’t been noticed as much until recently,” said Sandy Dietz, who with her husband, Lonny, owns Whitewater Gardens Farm, a vegetable operation in Altura, Minnesota.

Dietz was the driving force in establishing the farm in 1996. She and Lonny both worked office jobs in town prior to starting the farm. Seeking an opportunity to get out of the office and into the field, Dietz pursued the idea of a commercial vegetable operation and CSA.

“I quit my job and went full time starting up the farm on the land we had bought a few years earlier,” she said.

Today, Whitewater Gardens Farm is shifting its focus away from diversified crops and CSA shares and concentrates on sustainable practices like geothermal greenhouses to raise in-ground, fresh tomatoes all winter long.

Though women are a sizeable group among agriculture leaders, they face many challenges in traditional growing operations.

Pearson and her husband, Larry, own and operate Santa Rosa Produce, a 4,000-acre cantaloupe, honeydew and watermelon growing operation in Maricopa, Arizona.

Rather than waiting for situations to “happen,” she has made connections, shared ideas with her peers and sought growth opportunities. Larry is a second-generation farmer, and he and Pearson decided to buy a cold storage facility to ship and cool their melons. Pearson oversees shipping, selling and running the cold storage along with an exclusively female-dominated office staff.

“I have had to develop different communication techniques, recognizing when to seize opportunities and meeting my customers to explain who we are and what we do,” she said.

On the nursery and greenhouse side of the commercial growing business, Laura Wulff Garcin, the production manager at Ball Tagawa Growers in Arroyo Grande, California, has found the opposite to be true.

“I don’t believe that the nursery business is quite as male dominated as in the past,” she said. “Three out of the five managers in our management team at Ball Tagawa Growers are women, as well as the majority of the supporting staff in the greenhouse and office administration.”

Garcin, who co-manages the facility with business manager Shari Ermocida, has been interested in horticulture since she was a child and helped in her grandfather’s garden. She earned a bachelor’s degree in International Agriculture Development at University of California-Davis and then spent two years in the Peace Corps in Costa Rica working with local farmers. She went on to earn a master’s degree at California Polytechnic State University in San Luis Obispo, which led to her current position.

For women working in agriculture or those looking to get involved, there has never been a better time. 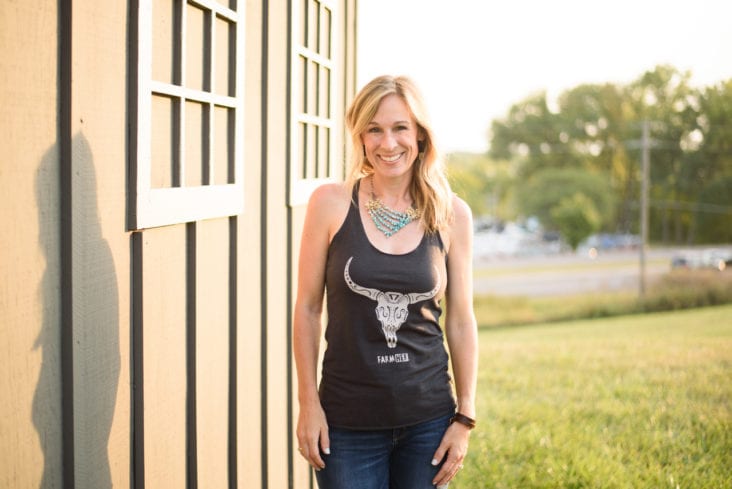 Agriculture today is a different landscape than it was in the homesteader days. Farming is more of a precise science. Technology, regulations and scientific advances require that growers be well versed in technical topics, but also offer unique opportunities for individuals with specific talents and interests.

“Farming today is more about brains and less about brawn,” Pearson said. “As farmers, we have to be knowledgeable about many aspects of farming: bees, planting, harvesting, food safety, agricultural regulations and it goes on and on.”

At Ball Tagawa Growers, Garcin and her co-workers use cutting-edge technology, such as an automated gapping machine that consolidates trays before shipping.

We originally thought it would only serve to alleviate our growing labor issues, but it actually is turning out to potentially help us in many other areas of our business,” she said. “It is causing us to look at other areas where we can incorporate automation and new technology to make improvements to our production and save money and time.”

“Labor is much (more) scarce and expensive, and time is money. If we want our company to grow and stay alive and be successful, we will continue to include new technology,” Garcin said.

Taking calculated chances is important for long-term sustainability of the farm.

“We saw a big demand for fresh, local, warm-season crops like tomatoes, cucumbers and beans during the winter months,” Dietz said. “(So) we began researching geothermal greenhouses.”

It turns out her farm was well suited to the structure, and she has been successful growing tomatoes in the ground (not hydroponically) in the greenhouse throughout the cold, winter months.

“It’s been a learning process, but it’s been exciting and has been a great experience,” she said.

“My advice to women in farming today is to develop thick skin and an ability to persevere when things get tough. Some years are good and some years are bad. We don’t give up; we keep pressing on,” Pearson said.

With labor shortages, water shortages and increasing agricultural regulations, it is getting harder for all farmers to exist. However, there are increasing opportunities for people to enter the agriculture field.

“I am optimistic about the future of farming and of Santa Rosa Produce,” Pearson said.

“There are more opportunities for women, including some loan options for minorities, which in agriculture includes women,” Dietz said.

Regardless of gender, Garcin encourages anyone interested in working in the industry to do so.

“If it is something you are passionate about, you will give it your all and advance,” she said. “Like any job involving plants, Mother Nature can be challenging. (It can require) long working hours and some sacrifices. If you love what you do you will ‘weather’ the setbacks and enjoy the incredible rewards a job in horticulture can bring.”

Taking on a leadership or ownership role in a growing operation offers opportunity for career advancement and fulfillment of personal goals. Dietz cautions newcomers to take risks and to take the time to explore what will work.

“It’s so exciting to start your own farm, but I’ve seen people burn out quickly because they take on too much in the beginning,” she said. “Take time to find out what works for you, your land and the local market.”