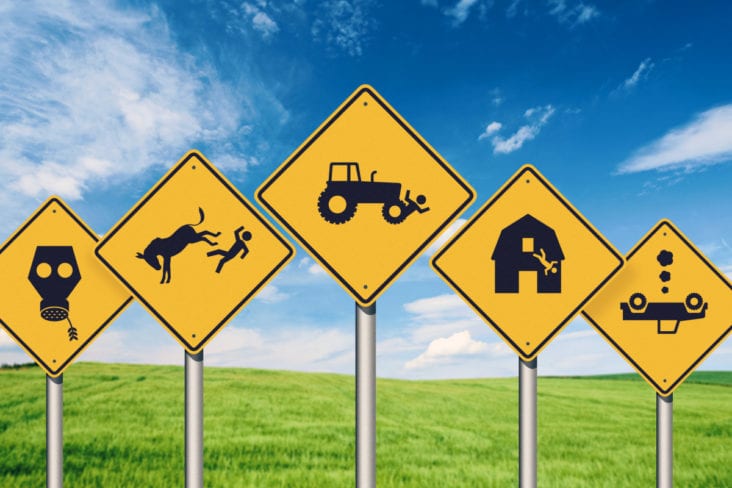 Agriculture, as we all know, is a dangerous business. Equipment, manure and grain storage structures, chemical exposure and large animals are only some of the dangers encountered routinely on farms. Add in heat stroke, insect and snake bites, and skin cancer risks from working outdoors, and farming becomes even more hazardous. According to data from the Bureau of Labor Statistics, there were 252 work-related deaths in farming during 2015, or 22 deaths per 100,000 full-time equivalent workers. And ag-related injuries are on the rise.

“We refer to injuries, fatalities and illnesses in agriculture as ‘incidents’ rather than ‘accidents’ because in most cases the event could have been prevented. The word accident implies that the event could have not been prevented,” Nykole Vance, outreach education coordinator for The Southwest Center for Agricultural Health, Injury Prevention and Education, said. “Agricultural injuries are largely under-reported; however, data show that [the] majority of severe incidents involve tractors and agriculture machinery.”

Prevention is the key to reducing the number of fatalities and injuries associated with farming. With agricultural workplace injuries often occurring to marginalized worker populations unlikely to report incidents for many reasons, it is difficult to know who is being affected, and how best to educate vulnerable populations. 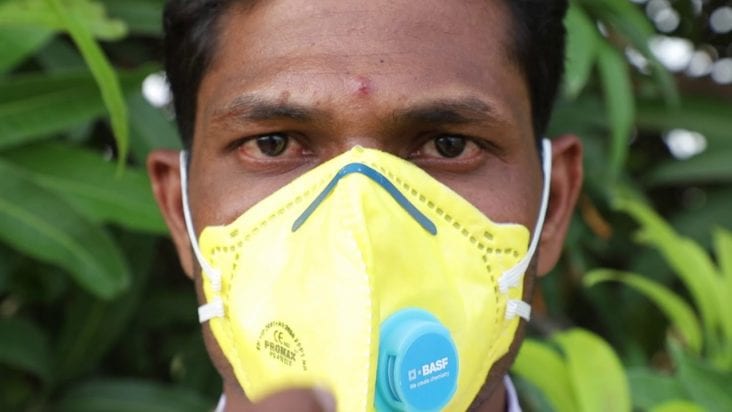 Awareness is the first preventive step in prevention. The challenge, then, is to raise awareness to the fatalities and injuries that are known to have occurred, in hopes of bringing recognition to the occupation’s many dangers. The more the public in general, and farm workers, in particular, know about these traumatic events, the better the chance that precautions will be taken and safety training will be implemented in a meaningful manner.

The Southwest Center for Agricultural Health, Injury Prevention and Education (SW Ag Center) has recently taken a prominent role in raising farm safety awareness, through a visionary program that was created in the wake of a tragic farm fatality. The program was initiated by the Dineen family of Texas whose five-year old son died after being run over by a truck during hay baling operations.

The Texas Agriculture Memorial Day program “is an official day to honor those who were killed or severely injured in agriculture or people, who died of natural causes, [and who] were influential to agriculture. The program will assist in decreasing agriculture incidents by bringing awareness to occupational agriculture hazards,” Vance said.

The first Texas Agriculture Memorial Day was held on November 21, 2016. The date, selected by the Dineen family, is the birthday of their late son and was officially proclaimed by Governor Gregg Abbott to be celebrated each year.

Run in conjunction with the Texas Governor’s Office, the Texas Farm Bureau, the SW Ag Center, and the Dineen family, the program is meant to honor disabled and deceased agricultural workers, serving both as a memorial celebration and as a reminder of the importance of agricultural safety awareness.

An online registry of names, including biographical information and details of the farm-related disability or fatality, will be kept by the SW Ag Center. The Texas Agricultural Museum, located in the Capitol Building in Austin, will host a kiosk with interactive information on the victims, along with resources to prevent further incidents, as well as a memorial display area where family members can pay tribute to their loved ones. The display area will be maintained by members of the Future Farmers of America (FFA).

“The registry that was developed for Texas Ag Memorial Day will allow agriculture producers and workers to learn from the life and death of those who have come before them. It will also include education and prevention resources,” Vance said.

Nominations for the registry can be made year-round for those qualified for any of the three categories. Social media presence, primarily via a Facebook page (Texas Agriculture Memorial Day), will be an important part of the program.

“With limited funding for safety awareness programs, many outreach and education programs are launched online and through social media, like Facebook, Twitter, etc. Older generations may not feel comfortable accessing the internet for safety and health resources. However, 62 percent of online adults over the age of 65 are accessing Facebook,” Vance explained.

The initial group of 21 inductees included nine who lost their lives in fatal farm-related incidents, one who was severely disabled, and 11 people whose lives were intertwined with agriculture. The stories of all those honored are expected to positively impact agricultural safety awareness, and disabled workers can play a significant role in educational programming and outreach.

“These survivors can serve as invaluable prevention agents. In many ways, the disabled agriculture workers are the best advocates for safety and health. Everywhere they go they carry a message of prevention and leave a lasting impression on their audience,” she said.

Agricultural workers everywhere share some of the same risks. But each region of the United States, as well as each type of agriculture, and each specific job associated with farming, carries some unique risks. In the Southwest, risks from hot weather, venom and fire are more pronounced than in other areas of the country. The region also has a large poultry emphasis, and projects focusing on exposure to poultry dust are ongoing.

Fishermen and loggers are also well-represented here, and the SW Ag center focuses many programs on these workers. Foreign-born workers in the farming, fishing and forestry industries include Vietnamese workers, primarily in the fishing industry, as well as Latino farm workers.

“Outdoor workers are more susceptible to weather related issues and bites and stings. In the Southwest U.S., workers are more concerned with heat-related illness rather than cold-related conditions,” Vance said.

The Southwest Ag Center has a program focused on the hazards of bites. Its “Bites, Stings and Venomous Things” booklet is a weather-proof, pocket-size guide detailing the dangers, the symptoms, effective treatment and prevention of illness caused by common venomous insects and reptiles in the region. Scorpions, various types of bees and caterpillars, and snakes such as the many pit vipers, copoperheads, cottonmouths and coral snakes, which call the region their home, present a danger to farm workers. The resource is available in English and in Spanish.

“Critters also prefer the warmer climate and pose a risk for field workers and people who are involved in forestry and logging. Venomous snakes, spiders, ticks and mosquitos are persistent concerns. Ticks and mosquitos carry diseases that can make workers extremely ill,” Vance said. “Drought conditions, warm temperatures and heavy winds are prevalent in areas of the region, which increase the risk of wildfires. We just saw tragic and deadly wildfires break out across Texas and Oklahoma that left seven people dead.”

The SW Ag Center uses online, mail, email and in-person distribution of materials to reach as much of the population as is possible. Webinars and videos are available on their website, along with downloads of print materials.

Foreign-born worker populations, who may not know what rights they have, may be afraid to ask questions, and are not necessarily able to read, speak, write or understand the English language, are a core group of agricultural workers in the region, and represent a challenge to outreach workers. Internet access may not be available in poor, rural population areas, either necessitating the variety of various informational access streams, which the program relies upon to increase farm safety awareness.

“Foreign-born worker trends change constantly and present challenges for personnel that develop and distribute safety and health resources,” Vance said. “Vulnerable workers are at high risk for injury and illness because safety and health information and training may not be provided in their native language. They may feel insecure about reporting or inquiring about dangerous work environments because they fear they will lose their job.”

Children are also at high risk on the farm. Some additional areas of focus include ATV safety, pesticide and chemical “look-alike” education, and next-generation safety training, designed to engage the younger generation in safety awareness and incident prevention.

“Agriculture is unique in that the home and the workplace are frequently on the same property. This presents significant issues related to children’s safety and health. Children are frequently involved in tragic incidents with machinery – including ATVs, livestock, confined spaces and farm ponds. Vehicles and machinery accounted for 73 percent of deaths to youth working in agriculture. Nonfatal injuries to youth are primarily attributed to falls, livestock and ATVs,” Vance said.

The risks of agricultural work are real. It is easy to become complacent to the ever-present dangers, and perhaps to take “shortcuts” when faced with a potentially dangerous – yet routine – situation. Safety awareness and training can help to cultivate an environment where safety truly does come first and fatal or debilitating incidents are less likely to occur.

Texas Agriculture Memorial Day is meant to serve both as a reminder of farm safety, to remember those lost, and to help those whose remain to heal. By honoring those who lives have been lost or forever altered through agricultural incidents, the real risks of agricultural work are acknowledged and brought to light, both for farm workers, the public, and to key players who can help to promote a culture of safety on our farms.

“Texas Agriculture Memorial Day will raise awareness for agriculture safety and health and hopefully capture the attention of potential funders,” Vance said. “In the current funding climate, private sources like insurance companies may be the most likely sources for funds” to advance outreach, advocacy and education programs, and help to decrease the prevalence of work-related injury and deaths for agricultural workers.

Read more: Safety and First Aid on the Farm