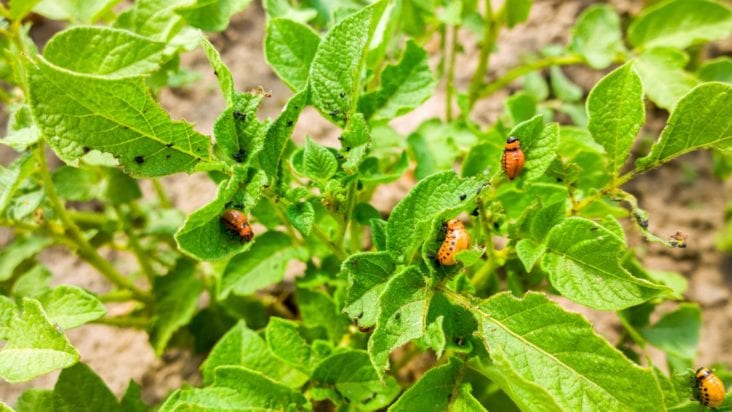 Pests are one of the biggest nuisances to all growers. They destroy crops and make farmers lose profit on their fruits or vegetables. The list of new pests continue to grow across the country. As a grower, the key to deterring them is prevention and care. Insect Pest Directory

Here is a list of pests to be cautious about:

The Penn State College of Agricultural Sciences Department of Entomology reported that that the allium leafminer has been discovered in Pennsylvania. The insect pest is a threat to crop plants such as onion, leek, garlic, chive, shallot and green onion. Adult allium leafminers are grey or matblack-colored flies with yellow or orange patches on the top and front and yellow on the side of the abdomen, according to the report. Allium leafminer larvae are headless white, cream or yellow-colored maggots that are about 8 millimeters long.

One of he most serious potato, tomato, eggplant and pepper pests, the Colorado Potato Beetle, is oval and 3/8 inches long with a yellow-orange prothorax. Its yellow white wing covers with 10 narrow black stripes, according to the University of Minnesota Extension. Larvae feed in groups and the larval stage lasts two to three weeks, according to the University of Kentucky Entomology Department. Five to 10 days after the larvae burrow into the ground, an adult beetle emerges and the adult female feeds for a few days before laying eggs. Larvae and adults feed on potatoes and can defoliate plants if left untreated. 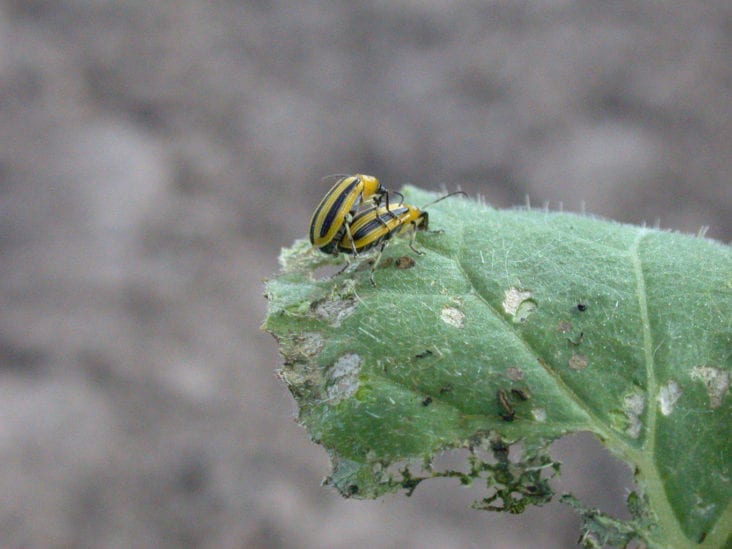 Spittlebugs are about 3 mm long and are wedge-shaped and grayish brown, according to the Pacific Northwest Insect Management Handbook. The spittlebug nymphs nestle into the spittle and when they feed, they cause twisting of leaves and shortening of stems of fruit spurs. To control them, it is recommended that growers cut old leaves after final harvest.

Read more: Watch Out For These 10 Strawberry and Blueberry Pests

Codling moths are about ½ to ¾ inches long with gray wings and larvae are white to light pink-colored, according to the University of California Agriculture & Natural Resources IPM Program. These codling moths penetrate fruit that leave holes with droppings. According to the IPM Program, it’s easier to control codling moth from the start rather than trying to manage them when they are in a well-established area. It is recommended that growers clean up dropped fruit as quickly as possible because larvae may have invaded the fruit.

Spider mites feed on anything from fruit trees to vegetables. Female spider mites are less than 1/20 inches long and have eight legs, an oval body with two red eyespots. The University of California Agriculture & Natural Resources guide mentions that spider mites cause damage by sucking cell contents from leaves in high populations. Damage occurs in spring or early summer. It is recommended that growers monitor spider mite levels before treatment and avoid broad-spectrum insecticide treatments but a soap spray would be adequate in maintaining mite levels.

This insect pest primarily hits field corn but also hits legumes and dryland beans. The insects are grayish-brown with a wing-span of about 1-1/2 inches, according to the Purdue University Field Crops IPM guide. They also have a white stripe on the front of the forewing and two cream-colored shapes behind. Larvae may feed on a single ear of corn and damaged kernels are prone to molds, according to the Field Crops IPM guide.