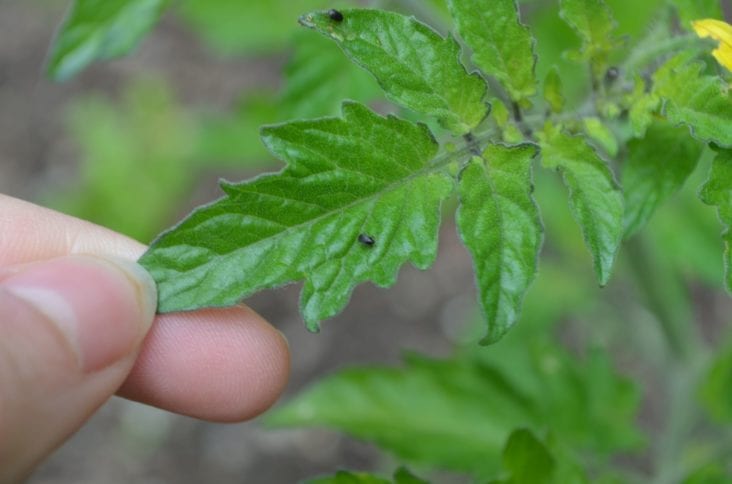 If insects were our friends, they’d still be our enemies – if they prey on our fresh tomatoes. To keep those tomatoes juicy and ripe on the vines, growers must identify and control three important pests – the tomato fruitworm, stink bug and leaf-footed bug – that can cause a tremendous amount of damage. Tomato Insects

Read about:  Orchard Management: When is the Perfect Time to Harvest?

According to Clemson University, the tomato fruitworm (also known as the corn earworm or cotton bollworm) causes the most destruction to tomatoes in South Carolina. They will feed on tomato leaves and fruit. The leaf feeding of developing buds results in distorted leaves. Additionally, the tomato fruitworm may bore into the stalks or midribs. After the larvae hatch, they will bore into the stem area of young fruit and cause significant damage and decay.

Adults are light yellow moths that sport a single, dark spot at almost the center of each forewing, according to Clemson University. The adults lay their creamy white eggs on the lower sides of leaflets near tomato flower or fruit.

According to the University of Florida, the eggs feel waxy and are dome-shaped and ribbed. They hatch in about two to three days, and the larval stage runs from 14 to 21 days. The adult wingspan of the tomato fruitworm measures about 1 1/2 inches long. The adult males have a cream color with an orange cast. The female adult is a lighter yellow to brown color.

The yellow-white larvae or caterpillars that have a brown head hatch. As they age their color darkens to a greenish-yellow to almost brown or black, according Clemson University. Stripes may run the length of their body, and larvae may grow to 1 1/2 inches long. In the top 2 inches of soil, the tomato fruitworm overwinters as pupae. In early May to early June, adults emerge, and four to five generations of fruitworms may occur during a year. Besides tomatoes, corn and cotton, this fruitworm also likes feeding on beans, eggplant, okra, peppers and soybeans. 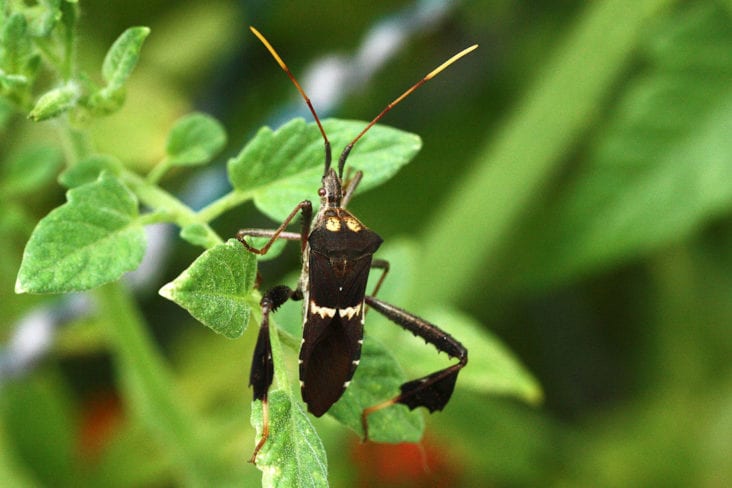 The smelly, adult stink bug appears to have a shield-shaped body, according to Clemson University. The green bugs measure about 9/16 to 3/4 inches long. These green creatures sport a narrow orange to yellow line that covers most of the body. Eggs are barrel-shaped and yellow to green in color when first hatched. Then eggs turn a pink to gray color.

According to the University of Florida, the green stink bug completes its life cycle in 65 to 70 days. It also can overwinter in leaf litter, tree bark or other protected shelters. They like weed hosts such as nutgrass, beggarweed, Mexican clover and wild blackberry.

Brown stinks bugs stretch to about 13/16 inch and appear grayish yellow in color, according to Clemson University. On their brown exterior, they sport a narrow yet creamy-colored stripe along their back and hind legs. The brown stink bug egg is kettle-shaped and white in color. They are smaller than green stink bug eggs.

Clemson University notes that nymph stink bugs are shaped like adult counterparts, but are smaller in size. The greenish young nymphs are black, yet as they age, their color turns green with black and orange markings. Brown stink bug nymphs are lighter green. Nymphs can pierce plants with their mouthparts, then suck sap out of tomato seeds, pods, buds and blossoms. Damage can occur but varies in degree. Immature fruits and pods can look deformed, and seeds become flattened and shriveled. Growers may see a reduction in germination rates.

Punctures may occur due to feeding, according to the University of Florida. Under the fruit surface, growers may notice a light, depressed blotch caused by removal of cell contents and enzymes the bug injects.

As an adult, the stink bug will overwinter along fence rows, in ditch banks, on roadsides and other such locations, according to Clemson University. When spring warms up, they become more active. Females can lay up to several hundred eggs in clusters on leaves, stems and pods, mostly in mid-to-late June. From the eggs, nymphs emerge, and growers may see two generations of stink bugs. Higher populations in South Carolina usually occur in July through early October.

Not limited to tomatoes, stink bugs favor more than 52 plants such as trees, shrubs, vines, weeds and several production crops, according to Clemson University. They also like okra pods, melon stems and asparagus.

The eggs of the smelly leaf-footed bug appear keg-shaped, according to Clemson University. Leaf-footed nymphs are bright red in color. Their shape is similar to adults, which can overwinter. Their numbers increase most often from May to the fall.

According to the University of Florida, nymphs and adults can suck juice from tomato fruit. Damage is a puncture mark, and the area surrounding that mark becomes discolored from pathogens. Fruit may become distorted as it grows.

Besides tomatoes, the leaf-footed bug finds other plants tasty such as sorghum, bean, potato, peach, strawberry, okra and watermelon, according to Clemson University.