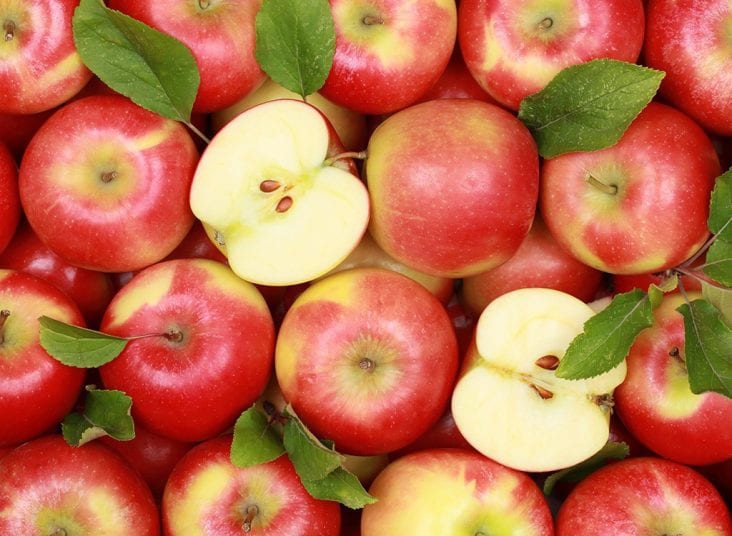 Having originated in the desert region of Central Asia, CM is now a pest in all pome-producing areas in North America. According to Professor Arthur Agnello, Department of Entomology, New York Agricultural Experiment Station, Geneva, New York, it is considered a key apple pest in New York State, but probably ranks behind apple maggot, obliquebanded leafroller and plum curculio in importance. In other states, such as Pennsylvania, Michigan, and Washington, it is considered to be the most important direct fruit pest of the apple. Apple is the preferred host, but larvae can feed on the fruit of pear, quince, hawthorn, and walnut.  A detailed discussion of the biology of CM may be found at various websites, including http://nysipm.cornell.edu/factsheets/treefruit/pests/cm/cm.asp.

CM requires season-long management, which can be challenging and complex. The temperature has a big influence on CM population development. Cool spring temperatures will delay the development of the CM larvae, which have many potential diapausing sites in and close to the orchard. They include under the bark of trees, leaf litter, and soil, along with storage crates and packaging houses.

Rarely is it cost effective for producers to attempt eradication. Agnello said that growers generally adopt the philosophy that moths are going to find their orchards and they need to be prepared with a good management program to control them when they do.

What constitutes a good management program?

CM management starts with moth trapping and monitoring; record-keeping to include maximum and minimum temperatures; and the selection and application of suitable control products.

Regarding pheromone trap types, what should you record and how can you use the information?

Pheromone traps are important for assisting with the timely application of insecticides.

If the pest management program uses mating disruption pheromones, a CM-DA type lure is recommended and should be hung in the top third of the trees with one trap per every 5 acres making sure that the traps are not hung on the same tress as the pheromone dispensers. If mating disruption is not used L2 (long-life) lure type can be used and hung 5 to 6 feet high in the canopy with one trap used for every 10 acres and a few traps around the edges as moths will congregate here and move inward.

There are a number of designs and sizes of trap available and the producer is advised to follow the specific instructions given by the manufacturer.

Typically the first CM emergence occurs during bloom, but this is another stage of the life cycle that can be influenced by temperature. By monitoring the traps weekly the producer can identify biofix, the date at which male CM are consistently trapped. This date indicates when to start recording maximum and minimum temperatures to use in the degree-day model (DD). Insecticide spray programs are based upon the DD model as they have been shown to be more accurate than the calendar approach.

When a standard trap captures >5 CM moths per week the trap threshold has been reached, which is a warning to be prepared to spray when the eggs hatch, usually within the next 5 to 7 days. The actual day can be determined by DD. The DD model uses the lower development threshold temperature, which for CM has been determined to be 50 degrees Fahrenheit along with maximum and minimum daily temperatures and can be calculated using a simple averaging method, or using a DD table.

What to use for CM control?

There are a number of insecticides in different chemical classes that can be effective at controlling CM. Producers who are depending upon insecticides in the organophosphate and pyrethroid classes should be alert for possible resistance in the insect populations and consider adding in some products with newer chemistry. Producers should also be aware that Calypso, a neonicotinoid, has been discontinued and a new diamide, Exirel is now registered.

Using Cydia pomonella granulovirus, (CpGV) a virus that is a natural insect pathogen for controlling CM, is a relatively new approach in the USA. Agnello says that CpGV must be used over a multi-year period to effect a general population reduction in a production region, so they are regarded as supplements to conventional insecticides such as Altacor, Belt, Delegate, and Exirel.

Although expensive, mating disruption (MD) pheromones, if set up correctly, will provide the producer with rapid payback, particularly in orchards with high CM populations. Using MD is not going to eliminate the need to use insecticides during the first season, if no fruit damage is observed during the first season reduction can occur in season two with further reduction in season three. Deciding which MD system to use and implementing a distribution plan for an orchard can be challenging and it is worth obtaining direction from an extension educator.

For details on insecticides, a producer should either discuss the situation with their extension educator or consult a current extension bulletin for their state as products may not be registered in all states.

A detailed description of CM management is given at the following link: http://rvpadmin.cce.cornell.edu/pdf/submission/pdf135_pdf.pdf