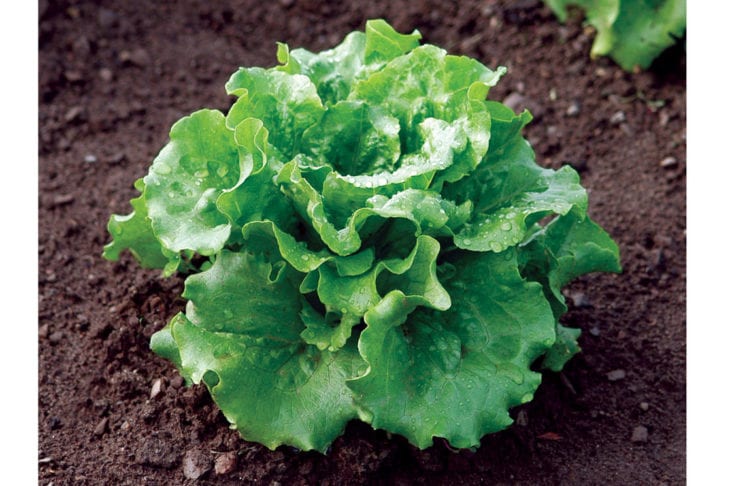 Control of weeds in lettuce requires an integrated management system, one not just about the use of herbicides. For California vegetable growers, such a system is one of the keys to their success. “Kerb is the primary herbicide used, but it is a component in the system,” said Steve Fennimore, an Extension weed specialist at the University of California. “Stale seedbed can provide up to 50 percent weed control. When you combine that with kerb, cultivation…you get very good weed control.” Weeds in Lettuce

Read about: Keep Greenhouse Crops Cool in the Summer

Without controlling weeds, they will compete heavily for light, nutrients and moisture. Weeds may even be a solid foundation for diseases and possibly insects, causing yield to drop if they become severe. When this occurs, they will reduce the lettuce quality “during the first 28 days after planting, if they are not controlled,” Fennimore said. “Growers don’t let weeds get out of hand. If they lose control of weeds, then they disk the field under rather than try to sell a poor quality crop that the buyers won’t touch. Weeds are managed or else disked under.”

Late-growing weeds also can prevent growers from harvesting properly, according to the University of California. Additionally, these weeds, if left unchecked, can grow in future crops in the same field, which can increase the weed pressure. 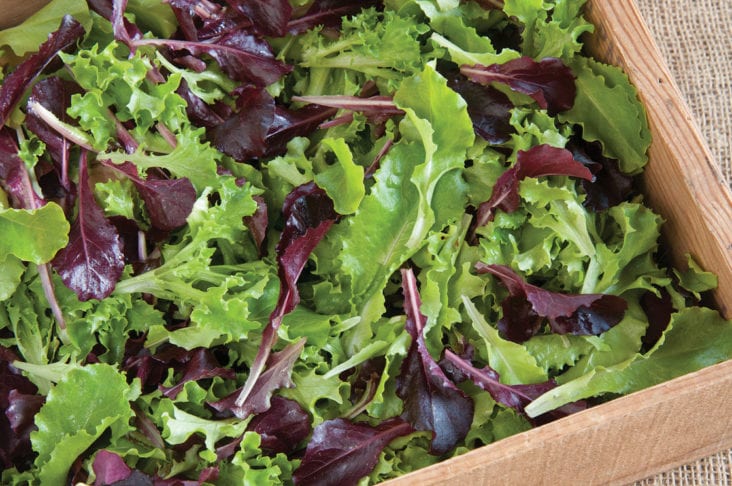 In the October-December 2014 issue of “California Agriculture,” written by Fennimore and colleagues Richard Smith and Michelle Le Strange, Fennimore noted that besides stale seedbeds and herbicides, growers may also take advantage of using inter-row cultivation, sanitizing of equipment from field to field, practicing crop rotation and preparing land effectively. Growers are able to apply this integrated management approach of using cultural and physical controls because of the state’s dry weather and their ability to effectively irrigate their fields to combat that seasonal condition.

One of the key points of success is crop rotation, effectively selecting fields that are free of weeds or at least ones that have a low incidence of weed pressure, he wrote. The benefit of this practice, as growers know, is so no one weed species would become dominant, making control easier.

According to the University of California, it is wise of growers to first accurately identify the weeds present in their fields so they can provide more effective control in the current planting season and future growing seasons. Proper identification can lead to a more successful integrated weed management system, and help growers track or monitor how often weeds appear in their fields and which ones cause more pressure to lettuce.

Growers should avoid fields where certain annual weeds are very difficult to control. Those include common groundsel, little mallow, prickly lettuce, shepherd’s purse and sowthistle, according to the University of California. The reason they are so hard to control is because their growth stages resemble that of lettuce. Growers should also avoid certain perennial weeds since they are difficult to control. They are bindweed and nutsedge.

The chemical approach may involve the fumigation of soil with metam potassium, according to Fennimore; however, he said most lettuce is not fumigated. Next, they may irrigate their fields so they can encourage weed emergence. Then growers can shallowly till the soil so they can destroy weeds. Once growers seed, they may apply pronamide or bensulide, which are pre-emergence herbicides for weed control. Once the lettuce crop is planted, growers do everything they can to minimize weed emergence so weeds won’t compete for light and nutrients, and thus reduce quality and yield.

Fennimore said troublesome weeds are those that are “fast-cycle plants that go seed to seed” and grow faster than growers can raise their lettuce. Weeds of concern, and are quite common to growers, are burning nettle, hairy nightshade and common purslane. In California, he pointed out that growers produce lettuce all year between Yuma in the wintertime to Salinas in the springtime, summer and fall. The important point to mention is that because of this long growing season, “the weed spectrum changes by location and season.”

A question to ponder

One of the stickiest questions presently is whether growers will be able to take advantage of new tools to control weeds, such as transitioning to transplants using automatic transplanting system technology like Plant Tape, or switching to robotic cultivators like Robovator and Steketee IC Weeder to reduce or eliminate herbicide use.

In a blog by Richard Smith, a farm advisor at the University of California Cooperative Extension in Monterey County, he explained these automated weeding machines are capable of removing weeds that former weeding cultivation methods leave behind. They do this by cultivating within the seedline. He said both the Robovator and Steketee IC technology remove weeds with a split-knife mechanism. Studies conducted show that more research is needed before California growers consider them over more traditional methods of weed cultivation.

Whether this new technology will play a larger role in lettuce production is still questionable, Fennimore said, yet it might be a step in the right direction.