I’m sure you’ve heard about the potential acquisition of ag giant Monsanto by Germany’s Bayer AG and the lingering effects it could have in this industry. At first glance, it appears the ag bigs are getting bigger. Along with the merger of DuPont and Dow, plus the proposed teaming of ChemChina and Syngenta, this consolidation is positioned to give approximately two-thirds of the ag chemical market to three big players.

Putting a good face on the deal, Hugh Grant, Monsanto chairman and CEO, said the merger is “important for customers,” and it would “create a situation to serve growers.” Bayer’s crop science division head, Liam Condon, stated that customers will benefit from more innovation and a broad range of new products. “At the end of the day, what we are trying to do is increase farmers’ yields,” he said. 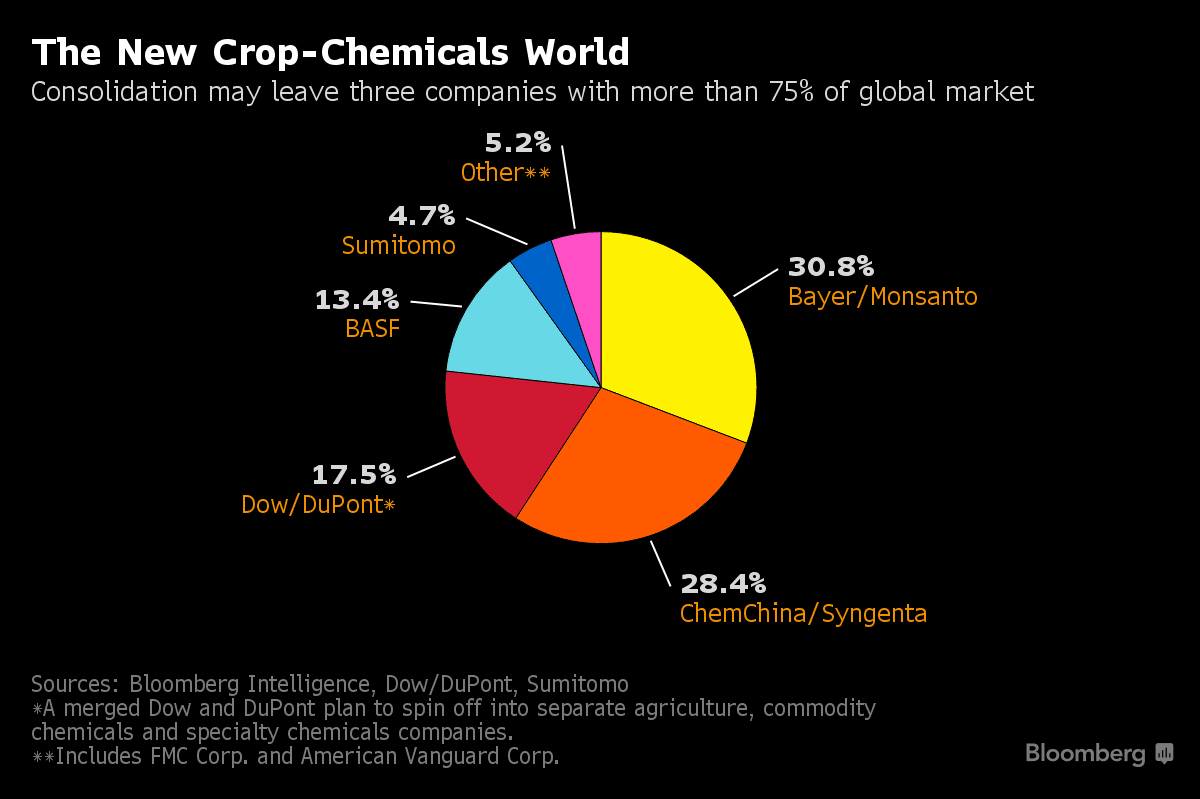 To put this deal in context, one could contend that the joining of agrochemical forces is a product of timing. According to the USDA, net farm income estimates are more than $71 billion, a dramatic drop from its $123 billion high in 2013. American Farm Bureau Federation chief economist Bob Young warned during a U.S. Senate judiciary hearing in September that “if this income situation does not turn around in the next year or so, we will have a sector under a great deal of stress when we write the next farm bill.”

Also, seed and chemical prices have slightly declined in the same time frame with suppliers experiencing sluggish revenue results. Given the business environment, it would make sense for these mergers to happen. What better way for Big Ag to promote growth and market share than to join forces? In an industry where research reaches fruition in a decade-long time, costing nine figures, it would be favorable to merge as the deal will surely go through a time-consuming, government regulation ringer.

The burden for Bayer and Monsanto lies with the non-ag public, who is historically skeptical of genetically modified foods; however, most in this growing industry are more cautiously optimistic. On the surface, it could be a net positive for U.S. growers and associations that’ll lead to more innovation.