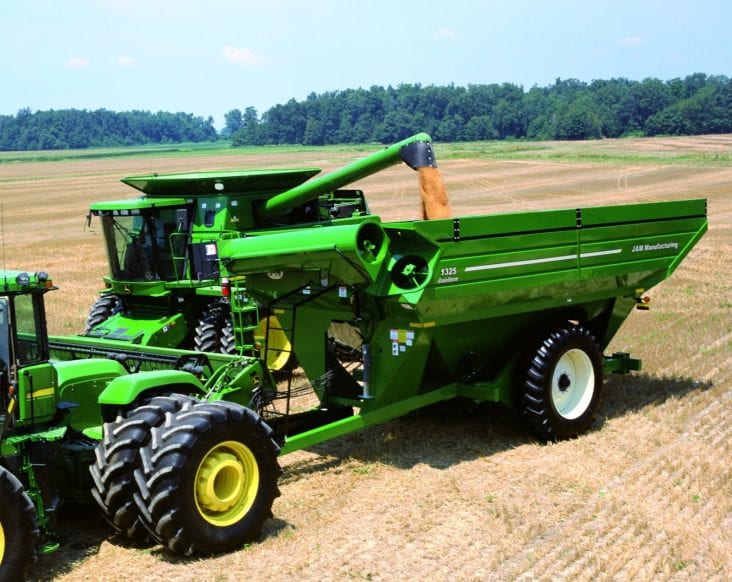 Can you imagine a world without farms that produce all of our food? Did you know that it was the invention of the plow that allowed humans to produce more food than we could ever consume, subsequently creating trading?

But, like most thinks, farming was in dire need of modernization in order to keep up with the demands of the people. So that’s why brilliant minds created machines that allow us to full automatic control over the tools, without needing to do anything.

Weeding is an important part that each farmer needs to do if he wants to maintain a good crop each year. The soil must be prepared each year for farming, and this machine does just that. There is no point of letting weeds and invasive species choke up your crops, subsequently leaving the farmers with much fewer crops and much less money. While farmers can use pesticides and weedicides, they are rather harmful and many take issue because of the deadly chemicals. So it is precisely the reason as to why people invented this machine, and it is absolutely a must-have.

Oils, much like many other fruits, grow on trees and they are so small that it makes it very hard to harvest. Up until recently, people would climb ladders and pluck each one separately by hand. This is a very daunting task that takes a lot of time, effort, and energy. And according to Perard, a machine has been developed that can single-handedly harvest olives and any other fruit that grows on trees. Introducing the olive harvester which is a machine that surrounds the tree and shakes it, collecting everything that falls.

Cows are the most abundantly used livestock on this planet. They are used for meat, cows are used for milk, and cows are used for leather. It is precisely the reason that large-scale milking operations are more and more needed in our day and age. What was once a worker for each cow, now are automatic cow milking machines that do all the hard work for you. This machine is an automatic pump that pumps the milk directly from the cow without the farmer needing to do anything but wait.

While these machines come in small scales, and they are required to operate, they are none the less very useful in harvesting potatoes. Potatoes grow in the soil, they are root vegetables and harvesting means there is a lot of digging involved. But, luckily enough, there are small-scale machines that till the dirt around the potato and bring the vegetable to the surface without damaging it. For this machine to run a tractor is needed and towed rigs need to be attached to it. This machine, although not perfect, is very useful in harvesting potatoes and it allows farmers to harvest at an even larger scale than ever before.