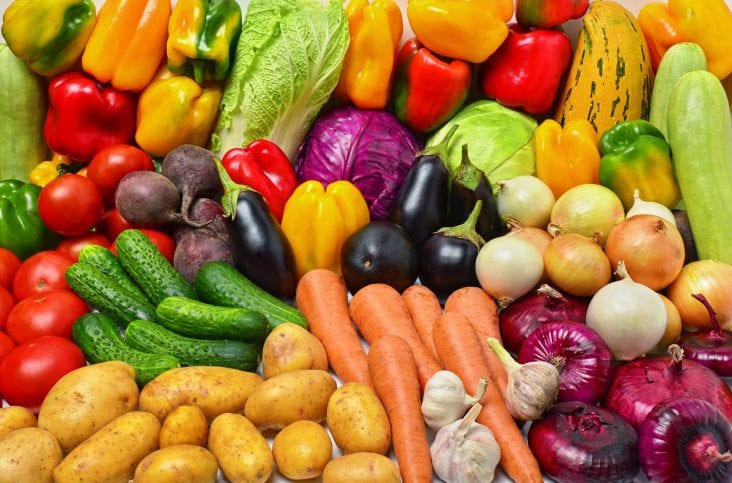 Trying out ridge tillage at Cornell

You see all kinds of activity when you drive by the Homer C. Thompson Research Farm, 10 miles from Cornell University’s campus in Ithaca, N.Y. During the growing season on 220 acres, workers lay irrigation pipe in rows while small tractors till, plant and cultivate plots that rotate greenery all summer. Students from the College of Agriculture and Life Sciences work and take notes in the field.

Caldwell was a small-scale organic vegetable grower from the late ‘70s to the late ‘90s and is still a working partner at Hemlock Grove, an organic apple orchard in the Ithaca area. His job at Cornell started in 2005 after stints working for Cooperative Extension and NOFA-NY (Northeast Organic Farmers Association—New York). “I wanted to do less desk work and more physical work, so a bunch of factors was combined. I took this job essentially to be field manager of this project,” he says. In the northeast corner of the research farm, Brian Caldwell shows off the organically certified section of the farm, 30 acres dedicated to field experiments in organic vegetable production. Caldwell manages research in organic cropping systems taking place in four big plots there. Each plot is like a separate farm with its own management scheme. The project is a collaborative effort between agricultural scientists and local organic farmers who provide guidance and feedback on research.

A long-term look at cropping systems

In 2004, the organic field study started with four systems (or “farms”) growing winter squash, late-season cabbage, early lettuce and potatoes within the four-year rotation. Farm one adds a few crops of peas and spinach in its more intensive system. To add control for weather variation, the experiment has two entry points into the rotation so the second “start” was 2005. Each plot represents one farm and is divided into the first and second year, with the second-year section duplicating its neighbor from last year in crops and field treatments.

Farm one is the typical system, in that it’s farmed intensively with a lot of tillage like many organic vegetable farmers are doing. Compost provides most of the nitrogen, with occasional use of cover crops, and often these farms get more than one crop per year from a field.

Farm two is the easily adopted system, farmed with intermediate intensity, producing one crop per year, using primarily cover crops for nitrogen and relying less on the compost.

Farm three is the model system, patterned after Eric and Anne Nordell’s organic farm in northern Pennsylvania. With their mixed tillage system, they alternate cover crops and fallow years to reduce weed populations and build soil with less labor. They average less than one crop per year.

What is ridge tillage? Farm four is the next step or ridge tillage system that has adapted a tillage idea used in the Midwest on grain farms years ago. This system uses ridge tillage to promote soil quality by reducing total tillage and compaction of soil by machinery, with yearly cash crops and cover crops for nitrogen.

“In the ridge tillage plots, we’re not doing any sort of intensive primary tillage; no moldboard plowing, no chisel plowing, no heavy discing. Instead, we’re either pushing the soil up into ridges or slicing the top of the ridge off and pushing that into the valleys. The ridges are only raised maybe a couple of inches above the valleys and so we can use regular cultivation equipment, tractor-mounted cultivators, to manage the weeds,” Caldwell explains.

“And we do that more intensively with the vegetable crop than the grain crop. It seems like ridge tillage has more potential for organic use in organic farms in vegetables because it still reduces the amount of total tillage compared to regular tillage. Sometimes we’ll even do an extra hilling and scraping just to churn up the weeds,” he adds.

The first step to ridge creation is hilling. At the farm, they either cultivate deeply, throwing soil into a hill on the last pass cultivating corn, or they use a hiller to mound the row. Next, a ridge-scraper levels the ridge top into a seedbed for planting or transplanting. The equipment manufacturer Sukup made the ridge-scraper used at Cornell, but no longer makes them. No other company makes this tool.

“It was nice technology, it’s too bad that it’s not easily available anymore,” Caldwell says. Farmers can find ridge-scrapers or close equivalents by searching the Web, or they can fabricate their own. One technology that may be available for jerry-rigging is the use of row cleaners now used on planters to prepare seedbeds for no-till planting.

Crops in ridge-tilled plots seem to get off to a slow start compared to the other systems, and researchers wonder if a shot of available organic fertilizer right in the ridge at planting would give a needed boost. Perennial weeds can be a problem with this system as well. Caldwell mentions weed-fighting strategies like planting fall rye around Halloween after the chickweed has died back.

Every winter, an advisory group of local organic farmers meets with the Cornell crew to go over results and get ideas. Some results are expected, such as the nutrient buildup being more pronounced in farm one, which uses compost. Some results are not expected. For instance, in the organic grain trials, corn following clover generally received compost to boost nitrogen. It turns out the corn doesn’t need it after clover, and it’s better to use that compost on the following spelled grain crop.

One measure of soil health is aggregate soil stability, the ability of soil to withstand rain without falling apart. A field with poor aggregate stability will crust over after a heavy rain, water flowing off the field like a parking lot instead of percolating into the soil. All the organic management systems were good, but farms two, three and four are all better than farm one in aggregate stability of soils, which speaks well for using cover crops and reducing tillage in organic vegetable production.

What can organic vegetable farmers learn from this research? “One of the key things is going to be that it will encourage farmers to incorporate more cover crops into their rotations. We’ve had really good results with rye and vetch or just vetch by itself and then oats and peas at different times in the season. They really produce a lot of biomass and suppress weeds,” says Caldwell.

These organic research plots at Cornell can provide a platform to spin off more focused research. Caldwell hopes to line up a post-doctorate researcher to investigate soil issues. “We think there’s actually interactions between some of the fungal organisms in the soil when they break down the organic matter from the cover crops. It also increases their [fungal] numbers and they break down and actually kill weed seeds and germinating weeds, so that’s another thing, we’re hoping we get a grad student to look at that, too.”

Interpreting results also takes time. Last year, winter squash in the ridge-till plots had the highest yields of all the treatments, which is great, but now they have to figure out why. “We’re sort of working out the kinks. Three or four years from now, we hope to perfect the ridge tillage system to be really productive and easy on the soil. That will be a good plus, but I don’t think we’re there yet,” Caldwell says.

Comment or question? Visit www.farmingforumsite.com and join in the discussions.