The one trillion trees initiative is a campaign to increase the global amount of tree coverage. Multiple countries are working together to not only deter the world tree population from shrinking from deforestation, natural disasters, and land clearing for the agriculture and building industries but to hit the landmark target as the name suggests of planting one trillion trees. That has many benefits that could help with a wide variety of issues, from climate change to improving the biodiversity and numbers of wildlife and even natural disaster prevention.

History of the One Trillion Trees

In the late 1970s, the green belt movement started planting trees in Africa.

In 2006 the one billion tree program was launched by the United Nations environment program to combat climate change. By late 2007 they hit their target, which was then raised to 7 billion. This target was attained in 2009. In 2011 the one trillion tree program was put forward to the United Nations, and a variety of Non-Government Organizations and Government organizations have been working towards it ever since. Check out wuft.org if you’d like to know more details.

Why Plant One Trillion Trees

Trees have always been viewed as a commodity, we need them for building, making fires, paper, and other items we use daily, but trees are vital not only for our health but the planet as well. The Amazon is referred to as the lungs of the world. The reason for this is due to the trees’ ability to sequester carbon from the atmosphere. When trees photosynthesize, they take the coal from the atmosphere and transform it through their biological processes to produce oxygen, which is what all mammals need to breathe. With climate change being an ever-present threat, planting trees can help to reduce the anthropological impact on the climate by removing carbon (one the many greenhouse gasses) in a bid to help rebalance the systems on earth.

Furthermore, when you plant trees in an area that has suffered from deforestation, you are also increasing the health of the soil. Soil degradation is a global issue that has stemmed from mass agriculture, impactful farming, and deforestation. By resorting to these areas, we are regenerating the land that was previously stripped of soil and the minerals within, which in turn helps more trees and flora and fauna to grow.

Trees are also linked to the health of the ocean. When you remove trees from an area, there is nothing to stop the runoff from agriculture or other activities into the sea. It is this runoff that has caused large dead zones in oceans, such as the Pacific, where no fish can survive. An increase in phosphorus and nitrogen, which is used as fertilizer in farming, has made its way into the water system, creating algae blooms, which result in no oxygen in the watercourse. It moves into the ocean afterward, creating dead zones that are void of oxygen and hampering oceanic health and, in turn, human health. As aforementioned, trees are vital to planetary, ecological, and social health, and by resorting to over-farmed and deforested areas, we can help mitigate the impact of our activities on the land.

Not only can trees help to restore the land and rebalance the ecosystem, but they can also help limit the impact of natural disasters. In areas where there are forests or woods, there is reduced flood risk, as trees separate and break up the flow of water, limiting how much it comes downhill into villages, towns, and cities. Trees also reduce the chances of landslides, as their root systems will hold the soil in place, break up the kinetic energy of the water and transport some of the water into their root systems. A prime example of this is the endangered mangrove systems, which have evolved to be able to withstand cyclones and protect the fragile riverbanks and ecosystems that are found within them and behind them.

How One Trillion Trees Will be Planted

With the initiative in full swing, 193 countries are working towards this great goal, with over 13.6 billion trees that have been planted thus far. With many non-profit organizations working towards not only planting these trees, but they are also taking care, making sure they continue to grow into saplings until they are established trees.

What Can You Do?

There are several ways you can help make a difference through donations to help the organization continue its progress; any donation helps. You can purchase saplings from a catalog of species to be planted. You can even volunteer to help search for an organization near you. You can download the plant for the planet app that links organizations from all over the world. It’s never been easier to fight climate change. 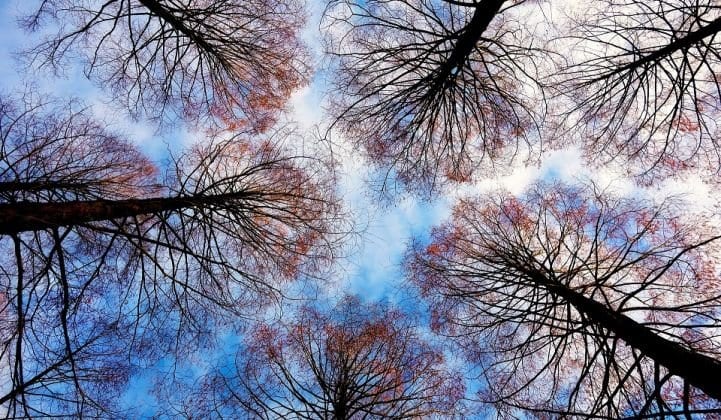 With all the hopeful success of the One Trillion Trees Initiative, we can look for a brighter future. We are potentially reversing global deforestation by protecting what we have and what we will have. Through the conservation of forests and national parks, we can look to undo the impact of hundreds of years of agriculture and deforestation and help build a greener and more sustainable future. We can fight climate change, prevent damage from natural disasters, restore wildlife, and increase the numbers that once thrived in our forests. We can look to minimize the fall out of our farming and building techniques and hopefully make our world a better place.