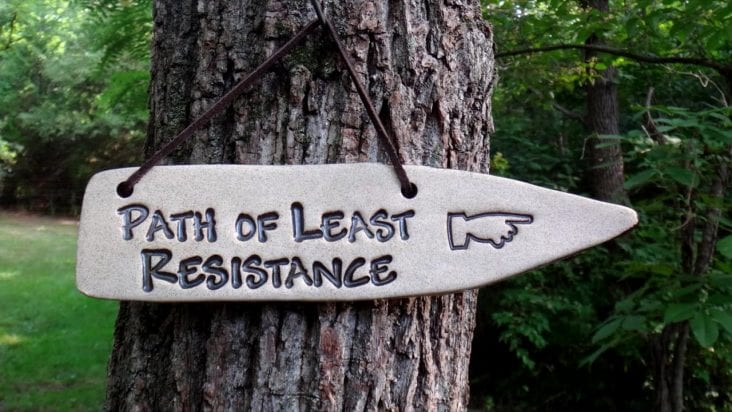 Greenhouse growers are well aware of integrated pest management (IPM) and the importance of minimizing spray applications of chemicals that have the potential to lead to resistance. As part of this effort, many growers are adding biological control agents, or BCA, to their IPM programs.

But incorporating BCA isn’t as simple as releasing ladybugs or other predatory species into a greenhouse. Biocontrol can only be an effective management tool if the grower understands the biology of the entire greenhouse system, including plants, pests, and predators, and is willing to invest in learning how a BCA system works.

Ronald Valentin is well aware of the fragile nature that is the greenhouse ecosystem. He was born into the greenhouse industry in the Netherlands and recalls that his father started using biological controls in the family’s six-acre tomato and cucumber greenhouse operation in 1971.

“My father was struggling with pesticides and resistance issues in the late 1960s,” Valentin said. “He switched to using biological controls in 1971. It wasn’t a choice to be part of the green movement – he was forced by pesticide resistance.” Valentin noted that at the time, there were no companies producing insects for commercial use, so growers who wanted to implement such measures had to raise their own beneficial insects.

A clean, freshly sanitized greenhouse is a good start for a grower using biocontrol as part of an IPM program, but it’s also important to know what treatments incoming cuttings have had.

However, biocontrol was somewhat simpler when his father was raising greenhouse crops because most growers were dealing with just two pest problems: spider mites and whiteflies. “My father started to produce Encarsia Formosa in my grandfather’s hobby greenhouse,” Valentin said. “At the time, he was able to obtain Encarsia from the research station.”

Is biocontrol a simple matter of introducing a beneficial insect to the greenhouse, and is the cost of beneficial worthwhile? Valentin said that if a grower asks how much a biocontrol program costs and whether sprays can still be used, that grower probably isn’t ready to use biological controls. “If you’re already thinking ‘What can I spray?’, you’re assuming it isn’t going to work,” he said.

Origins of pests and resistance

Unfortunately, many insect pests and resistance problems originate with the propagator who is trying to produce disease and insect-free cuttings for growers who want to start the season free of pathogens, insects, and arthropods. However, Valentin said that zero tolerance is almost impossible to achieve, and there’s a lot of finger-pointing as to who’s responsible for contaminated cuttings. “A lot of the insects we see come in with plant material,” he said. “Breeders don’t like to hear that, but it’s the reality.”

Unfortunately, despite their best efforts and the development of new and more effective cutting treatments, it’s close to impossible to achieve zero tolerance. “Cuttings are coming from all over the world,” Valentin said. “They transport cuttings into the United States and Canada where those cuttings are rooted, and from there, they go to growers who produce the finished product. No matter how much we spray and no matter what we do, it’s impossible to have zero insects. We’ve come close, but we aren’t quite there.”

Valentin said that propagators are still using a lot of pesticides and applying those products frequently. “Resistant strains are created, and it all comes down the line,” he said. “We end up in production with resistant insects. The actions of the cutting producer affect what’s happening on the grower’s end, but the grower’s reaction can create action. We need to focus on tackling the problem as an industry rather than placing blame on one segment of the industry. It won’t be fixed overnight.”

Understanding the compatibility between chemical products and beneficial is critical to an effective biocontrol program. Valentin said that growers should ask their suppliers about the history of pesticide use in their greenhouse. One study of cuttings collected from 10 different greenhouses showed 24 active insecticide and 20 fungicide products on plant samples. “Unfortunately, many pesticides have a long residual effect and can kill Encarsia for up to 12 weeks after application, so if Encarsia lands on that leaf, it has a good chance of falling over due to pesticide residue.

Valentin lists some considerations growers should be aware of when it comes to the compatibility of chemical products and BCAs: what is the product, what is the application technique, and what is direct versus residual effect? Is it really necessary to spray? Can I wait a couple more days? Would spot spraying work as well as a whole-house treatment?

Growers with compatibility questions can consult a free app from Biobest accessible via smartphone or computer, which provides information on the potential effects of crop protection products on beneficial insects.

Some growers who are transitioning toward BCA are employing banker plants as part of the greenhouse IPM system. Banker plants are different from the crop being grown and help support and maintain a population of a selected BCA. Valentin said that banker plants are part of an overall approach and not a stand-alone system for insect control. Success with banker plants depends on how well the system is implemented and the grower’s dedication to developing a thriving, healthy banker plant system.

With a good population of beneficial in place prior to the growing season, these young cucumbers will have a good chance of growing to maturity without a serious insect pest infestation.

However, overgrown greenhouse pepper plants became problematic for the grower. Valentin said that research has been aimed at using smaller ornamental peppers such as Black Pearl, which flowers well and has shown to be a good alternative to commercial pepper varieties. “Orius like to lay eggs in the growing tips,” he said. “In order to keep Black Pearl flowering, we need to do some fruit pruning. Sometimes that happens naturally, but in order for Orius to keep going, they need flowers and pollen.” Valentin noted that Purple Flash, another ornamental pepper, flowers more consistently and more abundantly.

Pepper use as banker plants

Ideally, growers who want to use peppers as banker plants should start plants from seed in fall and care for them through winter. “If you are bringing peppers in from another source, make sure you know where they’re coming from and what has been used on those plants,” Valentin said. “If they’ve been treated with imidacloprid or other neonics, you’re wasting your time.”

“Orius insidiosus is an incredible predator,” Valentin said. “The downside of this species is that it goes through diapause, so between October through February, when the days get shorter, they stop laying eggs.” Valentin also noted that it takes at least two generations to establish a good population of O. insidiosus, but once established, Orius can kill up to 80 adult thrips/day.

A hand lens, used frequently throughout the season, will help the grower locate and identify both pests and desirable insects. Growers should be familiar with common pests and be able to identify the various stages of beneficial insects.

Maintain good production practices with banker plants, including fruit removal, so that they provide suitable habitat that encourages reproduction, which in turn provides continual control. Since the banker plant is not the main production plant, it’s easy to forget them, and extra time is required to remove any fruits produced.

A hand lens, used frequently throughout the season, will help the grower locate and identify both pests and desirable insects. Growers should be familiar with common pests and be able to identify the various stages of beneficial insects.

Valentin suggested that growers start checking banker plants for O. insidiosus in mid-April. Because nymphs can be hard to see, place a piece of white cardboard below the plant and tap the plant to cause nymphs to fall from above. Banker plants should be removed in August or early September to discourage the development of hyperparasites that attack the desirable parasitoid.

“Banker plants are not suitable for every growing situation,” Valentin said. “It isn’t just a matter of seeding some pepper plants and throwing some Orius on them. It’s a long-term system, and it takes time and effort, but there are rewards. There’s nothing like watching the thrip level come up a little bit, then the Orius kicks in and it’s almost like a sledgehammer.”

Valentin recommended that growers obtain as much information as possible before introducing BCA and phasing out chemicals in a greenhouse system. “The chain is as strong as the weakest link,” he said. “We have to remember that a full-house application can fix one problem, but possibly create another. That doesn’t mean that we never have to spray – there might come a point where you have to step in and do something.”