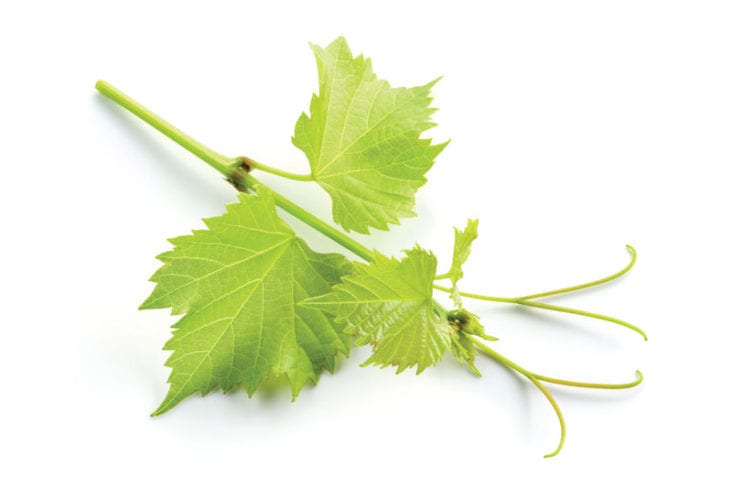 The grape phylloxera insect is one of the most destructive in many countries, according to entomologists at The Ohio State University. Its destruction is much like its life cycle – complex – which means surviving on the roots during a given year but living on the leaves during the growing season.

Various generations of grape phylloxera with different life cycles can develop during the same time, according to Ric Bessin, an Extension entomologist and professor at the University of Kentucky. A female can hatch from a fertilized egg and then move to the leaf. There, she creates a gall. Within about 15 days, she matures and fills the gall with eggs. Unfortunately, she dies shortly after maturity.

Bessin noted that nymphs, which hatch from the eggs in summer, can slip out of the gall and head toward new leaves. On those leaves, they can produce galls and eggs. During the fall, nymphs can go to the roots, where they hibernate through a difficult wintertime.

Infestation of grape roots by leaf galls caused by the grape phylloxera is difficult for growers to control and may cause vines to diminish, Bessin said. If infestation is severe, leaf defoliation and a decline in shoot growth may occur. These 1/4-inch, knot-like swellings or galls, which appear like warts, also can form on the leaves. However, he noted that leaf inhibiting forms cannot occur without root forms.

When young, a grape phylloxera is typically small and wingless with a pear-shaped body, Bessin said. This yellow-to-brown insect resembles an aphid, as do its winged counterparts. In the wing form, its wings lie flat over its back. These winged females can go from the grape roots to the stems, where they may lay their eggs. Those eggs may be small, which develop into males; large ones become females.

Growers are wise to monitor for grape phylloxera carefully. In some instances, their presence can be spotty, according to The Ohio State University. Usually, a spot treatment of insecticide is sufficient, but in heavily infested areas more applications may be necessary. Growers should look for any infested leaves once they reach shoot length and have reached 5 inches long. Close inspection is needed, because galls can form on the underside of terminal leaves. Entomologists warn that these galls are not grape tumid galls, better known as grape tomato galls. The difference is tumid galls are smooth with an outer surface and appear a reddish color much like a tomato. On the other hand, a grape phylloxera gall has a rough surface and is typically green, except when leaves are reddish early in the season.

According to The Ohio State University, native American grapes are usually resistant to grape phylloxera. But French hybrid and vinifera grapes are prone to susceptibility. Growers may not totally eliminate grape phylloxera, so they must keep the insect in check for tolerable control. For foliar control, entomologists advise application of an insecticide treatment at bloom and repeating the process in about 10 to 14 days. Late-season control is not as effective and may be a loss of time and money for growers.

There are different types of leafhoppers. One present in grapes is the Virginia creeper leafhopper. Adults grow to about 1/8 inch, according to entomologists at The Ohio State University. Depending on the species, Erythroneura is a pale yellow or white with yellow, red and blue markings. The Erythroneura tricincta is brown and black and sports wings of orange. Erythroneura ziczac looks pale yellow or white and has a zigzag stripe on each wing. Its cross veins are red.

These species of leafhoppers overwinter as adults, The Ohio State University experts noted. Once spring arrives, they actively feed on nearby foliage until grapevine leaves develop. They lay eggs under the leaf epidermis, and eggs hatch within two weeks.

According to The Ohio State University, nymphs are wingless and feed on leaves close to where they hatch. Once they molt five times, they turn into adults. Each year, growers can expect two to three generations of leafhoppers present.

At feeding time, the adults and nymphs puncture the leaf cell then suck its contents, The Ohio State University experts noted. Those puncture marks create a white blotch on the leaf. Leaves may turn yellow to brown and some may drop to the ground when heavily infested. Entomologists noted that the damage may reduce the plant’s photosynthetic capacity. The fruit’s quantity and quality may suffer as a result.

According to The Ohio State University entomologists, grapevines can withstand 15 insects per leaf and not face much economic damage. Unfortunately, more populations than that and growers will see premature leaf drop, a lowered sugar content, increased acid and poor fruit color.

The sticky honeydew of leafhoppers can cause exterior aesthetic problems and the possible growth of sooty molds, The Ohio State University noted. If growers don’t deal with high infestations of leafhoppers, grapevines may suffer over time.

Growers can better manage their vineyards if they keep weeds and trash away, which are sources of protection and feeding areas for leafhoppers. Wine and table grape varieties as well as late-producing varieties seem to suffer more from higher leafhopper populations, according to The Ohio State University. Leafhoppers prefer vigorous grapevines, but those vines can handle the population load. To monitor for leafhoppers, growers are advised to do so at 10 days postbloom, usually in the third week of July in Ohio and also in the third to fourth week in August.

For additional control, growers can benefit from cold and wet weather in the spring and fall as well as wet winters because it can reduce leafhopper populations, The Ohio State University noted. A contact insecticide may also help, but make sure to spray the undersides of grapevine leaves.