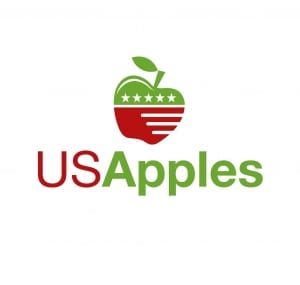 Want to keep up with the latest news for growers? Check back every Thursday for a quick recap of recent happenings in the fruit and vegetable industry. – USApple leader

USApple Leader Speaks at Congressional Briefing on Agriculture Labor Crisis
On May 19, Virginia apple grower and USApple leader, Phil Glaize of Glaize Apples spoke to key U.S. House of Representatives staffers in Washington, D.C. during a Congressional briefing hosted by the Agriculture Workforce Coalition titled, “Agriculture’s Labor Crisis.” Attended by 40 staffers, Glaize shared his personal experience and challenges securing labor, both in and out of the H2-A program. He called on Congress to address labor reform and pass a new guest worker program that provides reliable access to a legal workforce. USApple is a member of the Agriculture Workforce Coalition, an organization that represents America’s farmers, ranchers and growers and their shared interest in a secure, reliable and legal workforce.

BrightFarms Announces Voluntary Regional Recall of Produce
BrightFarms is initiating a voluntary recall of packaged produce sold in Giant Food stores due to the potential presence of metal as a result of construction at its Elkwood, Virginia (Culpeper County) greenhouse farm. The affected BrightFarms branded products are sold at the Giant Landover, Giant Carlisle, Peapod and Martin’s Food Markets in Pennsylvania, Maryland, Virginia, Delaware, West Virginia and Washington, D.C. Affected produce may also have been distributed via the Capital Area Food Bank. Read more about the recall.

Larson Electronics LLC Releases A New Series of LED Light Packages for Agricultural Equipment
Larson Electronics LLC announced the release of a new series of LED Light Packages for tractors and other agricultural equipment. These LED light packages have been made as complete upgrade kits for heavy-duty farm equipment such as: tractors, bulldozers, and combines. Lights for dedicated use in agricultural environments require a higher level of durability than most traditional lights. Each of these packages has been specially designed for complete illumination and reliability.

The following is a statement from the National Corn Growers Association:

“The time and place to debate farm bill programs is during the farm bill reauthorization, not the annual budget process. The farm bill represents a 5-year commitment to America’s farmers and ranchers, which Congress made in 2014. We are counting on Congress to honor that commitment, and reject cuts that would be harmful for rural America. These proposed budget cuts would hurt farmers’ ability to manage risk, grow their revenues, and farm more sustainably.

“Targeting the federal crop insurance program is extremely shortsighted. It is especially harmful during an extended period of low commodity prices. NCGA members consistently tell us that crop insurance is their most important risk management tool. This public-private partnership helps farmers manage their risk, and it saves taxpayers money in the long run by reducing reliance on ad hoc disaster assistance.”

Forager™ Secures Funding from Coastal Enterprises, Inc. in Maine
Forager™ announced that it has secured a new round of funding from Coastal Enterprises, Inc. (CEI) in Maine. Forager launched its platform after completing a successful regional pilot involving 100 farmers and 10 grocers, food co-ops and wholesalers from Maine. The company is rolling it out throughout New England and New York State, and additional grocers and farmers are now participating.

USDA Invests $2.5 Million in Commodity Board Projects to Support Ag Industry
The U.S. Department of Agriculture’s (USDA) National Institute of Food and Agriculture (NIFA) today announced five grants totaling more than $2.5 million for agricultural research that is funded jointly with national or state commodity boards. The funding is made possible through NIFA’s Agriculture and Food Research Initiative (AFRI), which was authorized by the 2014 Farm Bill. In FY 2016, the first year of collaboration with national and state commodity boards, topics from five commodity boards were integrated into four program area priorities within two AFRI Requests for Applications (RFAs): Improving Food Safety, Critical Agricultural Research and Extension, and Plant Breeding for Agricultural Production in the Foundational Program RFA; and Breeding and Phenomics of Food Crops and Animals in the Food Security Challenge Area RFA. The commodity boards provided half of the funding for the award in their topic area.