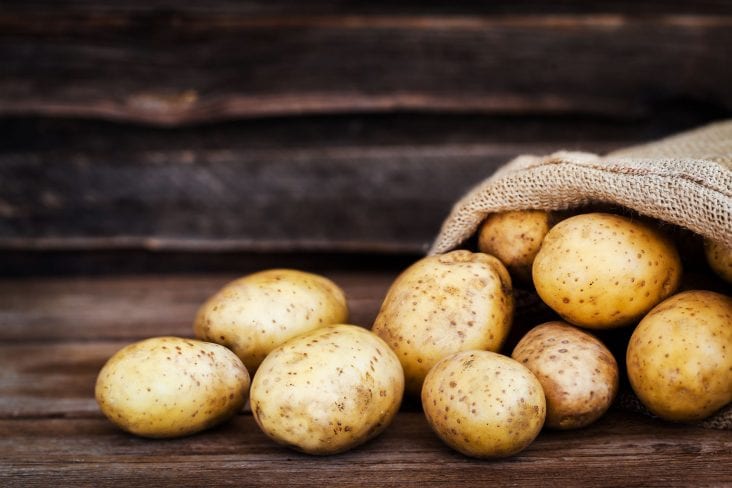 Bringing a new crop to market can be difficult for a farmer or even a group of farmers. However, a group of potato growers along the Oregon/California border, beset with declining profits for their crops over the decades, decided they needed a crop that could bring more value to their farms. They set up a marketing cooperative, Klamath Basin Fresh Direct (KBFD), assigned with the task of locating and introducing a more profitable potato for the Klamath River Basin.

The potato they selected, the Organic Klamath pearl potato, was basically a tasty potato that was well-adapted to an early harvest. The variety, originally from Ireland, was transported to the U.S. and renamed.

Dan Chin, one of the organization’s co-founders, says that it was well-timed because the local potato industry had been in serious decline.

“We’ve been growing, packing and shipping potatoes since the 1930s,” Chin says of his family farm in Klamath Falls, Ore. Yet the industry had fallen on hard times. In the 1990s, there were 36,000 acres of fresh potatoes grown in the area and 30 packing sheds. Today there are 8,000 acres and six sheds, with some other acreage devoted to chipping and seed potatoes.

In 2000, several growers set up KBFD with one prominent purpose: “to add value to our base.” Chin and his wife, Deedee, farm 4,000 acres in the area and are focused on organic potatoes that add value to a crop.

Chin, who grows 20 different varieties of potatoes and has 75 percent of his fields devoted to organic produce, says the co-op wanted to develop a baby potato. The Chins noticed over the years that the potatoes they took from their fields and put on their own plates were babies, an inch in diameter or so. They were the tastiest potatoes they grew.

“We wanted the consumer to reap that same taste,” he says, but none of the potato varieties they normally grew had developed skin at that size and would not have a shelf life of more than a couple of days. KBFD research showed that the Klamath pearl consistently developed a sound skin even when small. That trait would allow it to be harvested prior to maturity, stored for up to eight months and still be very tasty. It also cooked up well, even if left in the pot for 30 minutes. It lent itself to being branded as a premium spud that could be the basis of a subindustry in this potato-growing region.

Oregon State University and the University of California, Davis, assisted in the research, and a few growers finally began growing the Klamath pearl potato. Now the river basin has four growers with 150 acres. That acreage has grown gradually, with an active marketing campaign keeping pace. KBFD tried some unusual methods of exposing the variety to the specialty organic market. It took the pearl potatoes to four-star restaurants in San Francisco, for example, and encouraged big-name chefs to come up with innovative and flavorful ways to cook it. That helped introduce it to consumers as well.

The organization has also taken the pearl potato to industry shows. KBFD obtained a government grant to market organic potatoes to retailers and promoted the variety through demonstrations. KBFD also partnered with some small Oregon colleges to retail bags of Klamath pearls with college logos on them, returning a percentage of the profits to the colleges. KBFD also aimed the new variety at specialty brokers like Frieda’s Specialty Produce, a Los Angeles company that takes on new types of crops and uses appropriate marketing techniques to brand and sell the crop.

As a result, the co-op has been able to get into chain markets such as Trader Joe’s and is making inroads elsewhere. Chin notes that the secret to the future of this organic variety is to get it into the major supermarkets on a regular basis, hopefully year-round, and expand its exposure. As of now, there is plenty of room for acreage expansion among Klamath Basin potato growers, and if year-round production is needed in the future, KBFD is prepared to find growers in more southern climates.

“We pretty much grow it like the other potatoes. The difference is that we only grow it to the size we want,” Chin explains. He currently grows from 60 to 70 acres of Klamath pearls every year, and the crop is doing what it was expected to do – increase the value of the crop. He estimates that about 12 percent of his production is in Klamath pearl potatoes, but it accounts for about 20 percent of the total value of his crops. That’s an indication that it is more than pulling its weight.

At 4,100 feet of elevation, the climate is excellent for growing potatoes, and the short growing season is tailor-made for a Klamath pearl crop, which takes from 75 to 90 days to get to the proper petite marketing size.

“You’ve got to have more mineral/sandy soils or organic peat soils,” Chin says, and he has both on his land. The reason for this is that the soil has to be free of large clods, which could be mistaken for potato by the German potato harvester the farm uses. All acreage for this variety is organic. Fertilizers used are generally compost and various fish byproducts.

Most potatoes in the area are grown on a solid set, center pivot or linear line sprinklers, and Chin uses all three types. Irrigation has to be efficient because of federal water restrictions due to endangered fish in local waters, and it has to be able to assist in preventing late spring freezes. Chin Farms has its own packing division, called Wong Potatoes, Inc., and all the Klamath pearls are packed there in 1.5-pound bags, 20-pound boxes or 24-pound boxes.

Chin notes that a small potato with a short growing season is ideal for this region, but there may be additional costs to growing and harvesting them. He has developed special growing techniques, which he declines to disclose, that enable him to get a marketable product out of what is basically an immature potato. There is extra investment required for his special harvester that will accommodate this size potato (which is not an unusual size in Europe), but he had no additional outlays in the packing shed, which already packs several small fingerling varieties.

When talking about the Organic Klamath pearl potato, Chin points out that the objectives of the KBFD growers have been met. The future marketing expansion of the baby variety depends on more of the same and a final push into the organic produce department of large stores such as Whole Foods and Safeway. The co-op now has 45 farm family members and brokers 80 percent of the fresh potatoes in the river basin, so it is a going concern (Klamath pearls are also sold through other brokers).

Viewing the pearl potato program as a success, KBFD is using it as a pilot project. It already has another hot new potato variety that is taking a similar path – a purple fingerling called the Purple Fiesta. Watch for news of it and other trendy varieties from the Oregon/California border in the years ahead, because potato growing in the area has taken on a new life.