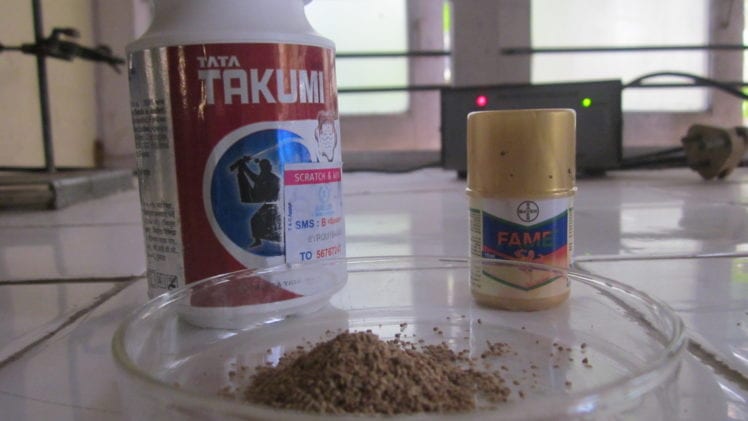 The U.S. Environmental Protection Agency (EPA) is issuing a notice of intent to cancel all Bayer CropScience, LP and Nichino America, Inc., flubendiamide products that pose a risk to aquatic invertebrates that are important to the health of aquatic environments. Cancel the Insecticide Flubendiamide

Read about: Soil Fertility and Your Farm

Required studies showed flubendiamide breaks down into a more highly toxic material that is harmful to species that are an important part of aquatic food chains, especially for fish, and is persistent in the environment. EPA concluded that continued use of the product would result in unreasonable adverse effects on the environment. EPA requested a voluntary cancellation in accordance with the conditions of the original registration.

EPA had issued a time-limited registration to the companies with conditions that were understood and agreed upon. If unreasonable adverse effects on the environment were found by EPA, the companies would submit a request for voluntary cancellation of all flubendiamide registrations within one week of EPA notification.

Flubendiamide is registered for use on over 200 crops, including soybeans, almonds, tobacco, peanuts, cotton, lettuce, alfalfa, tomatoes, watermelon, and bell peppers, with some crops having as many as 6 applications per year.