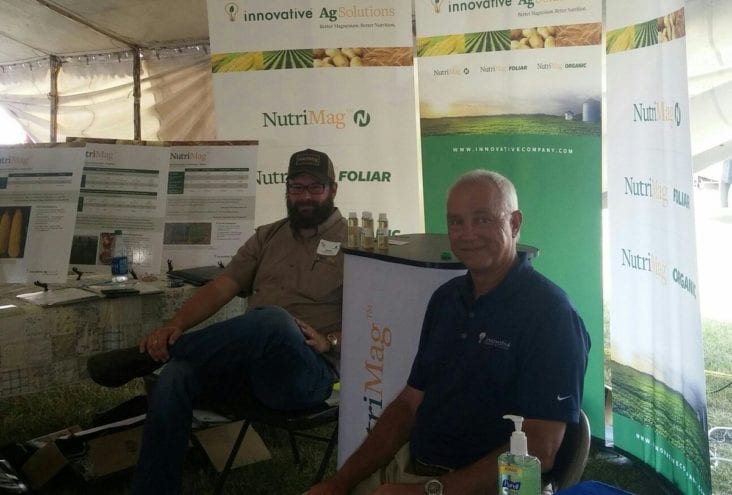 Through a series of 2015 field trials, NutriMag™, a new suite of liquid magnesium fertilizers, is proving to be a solution for potato, corn, soybean, alfalfa and wheat farmers. According to data released by Innovative AgSolutions, creator of NutriMag™, all trials saw increases in yield and visibly healthier plants.

Read about: EPA Moves to Cancel the Insecticide Flubendiamide

“The NutriMag™ treated wheat is yielding in some areas – up to 30 bushels per acre more than the control plots,” said John Kast of Kast Farms, Albion, NY. “NutriMag™ paid for itself just in what we saved with lower moisture content, not to mention the yield bump.”

Replicated randomized test plot trials were conducted during the 2015 growing season at potato, grain corn, soybean, alfalfa and wheat farms in New York State and New England. They are the most comprehensive trials yet for the NutriMag™ product in these regions. NutriMag™ is not limited to the crops that were tested for these trials but in all farming applications that use magnesium chloride.“The positive impact of NutriMag™ Foliar was evidenced early in the potato tissue test results,” said Alvin Winslow of Grounded Research LLC, New Gloucester, ME after reviewing the potato trial results. “These benefits carried over to harvest with increased yields and more marketable tubers. We definitely have a good new option for foliar feeding magnesium on potatoes.”

“We are thrilled at the results of the trials,” said Jeremy Schulz, Agricultural Sales Manager for Innovative AgSolutions. “Farmers already know the benefits of magnesium fertilizer but many magnesium products have limitations. With NutriMag™, farmers have a new, easy to use liquid magnesium fertilizer solution that can be used throughout the growing season to help maximize yields without significant changes to their everyday farming practices.”

For example, many dry magnesium alternatives may only be suitable at certain stages of the plant’s lifecycle, require separate applications or are inappropriate for certain weather conditions– all of which may negatively impact the farmer’s bottom line.  NutriMag™ liquid magnesium products address these limitations and work with a farmer’s existing practices. The products can be applied with existing equipment, used at low soil temperatures (50 to 65 F) early in the season and, the magnesium in NutriMag™ is three to five times more available to the crop and is more easily absorbed by plants.