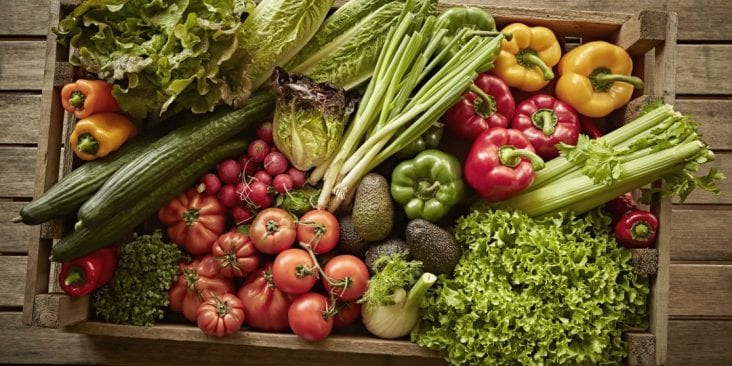 Gardeners around the world like to compete against each other on who will grow the biggest vegetable in their garden. This competition is something that has been around for quite some time, and you’d be amazed to see the size of these veggies. It’s something that keeps the spirits up and it’s a fun way to dedicate yourself to finding the best seed for a specific vegetable.

And of course, we aren’t talking about baseball ball-size zucchinis; we’re talking about large scale vegetables, in the hundreds of pounds mark.

You might not be looking to plant and grow pumpkins that grow 25 pounds a day, but growing bigger veggies is something that has its own separate section in the gardener’s book on how to. So without further ado, we’re going to tell you everything that you need to know about growing bigger vegetables in your own garden.

Give Them a Quick Start

Before you even choose the seeds or plant them, make sure to prepare the soil. This can be done with some manure and compost. What this does is prepares the soil by replenishing any nutrients and micro-nutrients that have been lost by previous harvests. You can also use a specific fertilizer that promotes growth in plants and creates stronger buds. If you’re interested in understanding more about it, you can click here.

Choosing the Seed is Important

If you’re a gardener, then you know that certain varieties grow larger than others. But these varieties are very rare to find, and the seeds are even rarer.

So one way to grow giant vegetables is to find a specific seed for a specific variety of vegetable, and simply plant it in your own garden. To understand which seed will grow a large plant, simply look at the name of the variety. For example, a Russian Mammoth Sunflower is a variety of sunflower that grows up to 3.6 meters (12 feet), and that can be seen if we simply look at the name.

Below, we will give you an entire list of some of the largest seeds that you can grow giant growers from.

– Pepper: Super Heavyweight Hybrid Pepper – each one up to ½ pounds

– Pumpkin: Atlantic Giant Pumpkin – from 400 pounds and onwards to 1000 pounds

As you can see, almost every single one of these seeds have something in their name that gives it away.

Another thing you can do is cross-pollination. Cross-pollination simply refers to the process of combining the seeds of two of the same varieties of veggies and the result is a plant that will be identical to the parents. Of course, cross-pollination works only with open-pollinated plants, so this won’t work with hybrids.

Watering is a major component of growing giant vegetables. But these giant seeds won’t tolerate sporadic watering in the same way as normal varieties. Regular watering must be provided to these sorts as failing to do so would result in languish or splits.